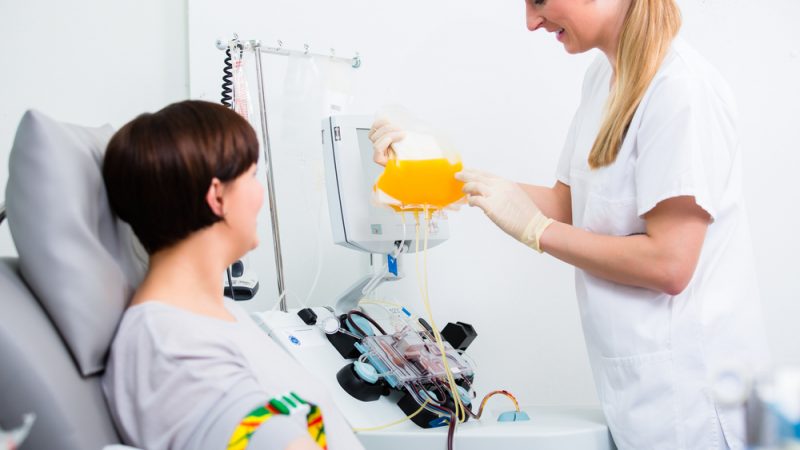 As an Alpha-1 Antitrypsin Deficiency (AATD) patient, Frank Willersinn is dependent on a treatment with a plasma-derived medicine (PDMP) to make sure his body does not deteriorate.

For Willersinn, it was a lucky mistake that led him to find out that he had the rare, inherited, genetic disease.

One morning in 1995, his wife, a gynaecologist, took a blood sample to check something completely different but accidentally put a cross for the analysis of proteins rather than potassium.

After checking a second time, results from the lab confirmed that Willersinn did in fact lack alpha-1-globulins.

The major component in that is the protein Alpha-1 antitrypsin, which is produced in the liver, and sent to protect the lungs from recurring infections, slow deterioration and the eventual need for lung transplantation.

Alpha-1 antitrypsin deficiency is one of the more than 6,000 different rare diseases affecting some 30 million people in Europe alone.

The European Commission is expected to launch an initiative that will streamline the evaluation and authorisation of medicines for rare diseases, hoping to help the development of products in areas of high unmet needs for patients. 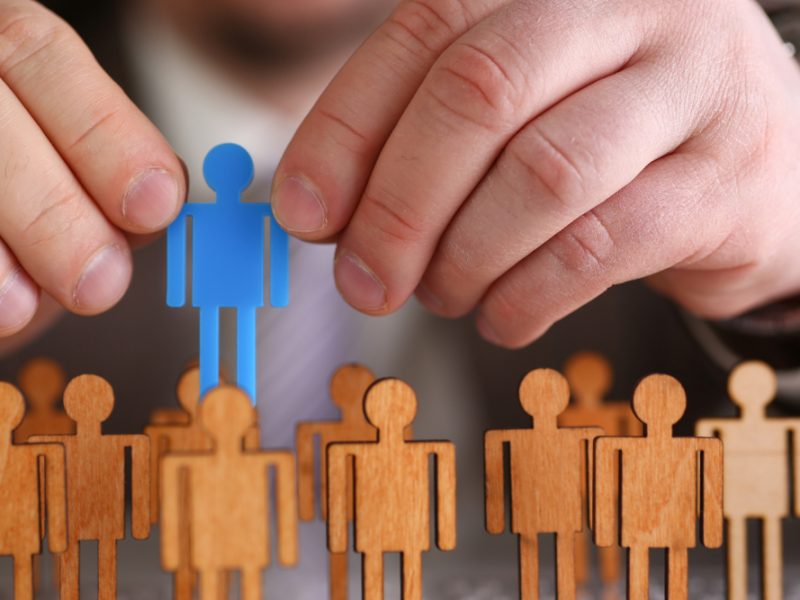 Incentives alone are not enough to cope with rare disease, report says

A new report by a multidisciplinary group of experts bringing together researchers, academia and the pharma industry, has urged policymakers to look beyond the EU’s Orphan Medicinal Products (OMP) regulation to better address the unmet needs of patients with rare diseases.

Around 95% of rare diseases do not have any effective therapies to treat them.

Willersinn, who had his left arm amputated due to an infection prior to his diagnosis and had to relearn how to do everything with one hand, initially felt no pain and paid little attention to his disease.

It was not until 2008, when Willersinn was 55, that he started to seek advice. A friend who was a lung doctor urged him to get the treatment. Willersinn took his advice and has now been receiving plasma treatment for 13 years in Brussels, receiving the protein his own body cannot produce.

“So my lungs are quite stable. I am a little bit deficient and have a little bit of emphysema [a lung condition that causes shortness of breath], but I feel quite protected,” he said.

Once a week, he goes to the hospital for an infusion. Even though it makes him feel a bit dizzy, there is one feeling that is more important.

“I feel protected for the next week and the next two weeks, because I know I have some antitrypsin in my body, and it will protect my lungs so I stay in good health. And that’s a great feeling. Because otherwise, well, it’s insecure,” he said.

“The plasma treatment is the most important thing for security. The quality of my life is important and security is a big factor because this kind of disease is a risk factor and we need the product.” 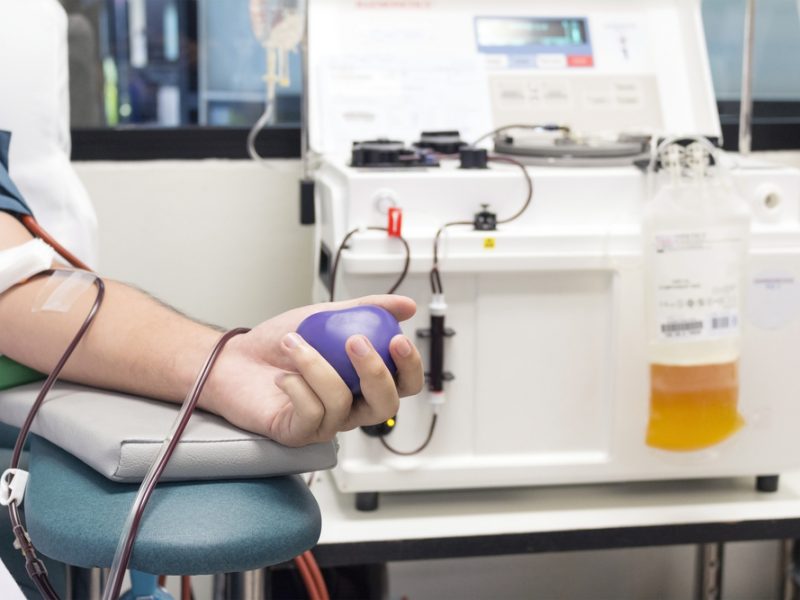 The US is facing its worst blood and plasma shortage in more than a decade due to a combination of the COVID pandemic and bad weather conditions, which stakeholders have warned could have ripple effects across the pond.

Many patients cannot get reimbursed

Receiving the plasma-derived medicine once a week means 52 treatments a year, which costs approximately €100.000 and requires 900 plasma donations.

Willersinn was one of the lucky Alpha-1 patients in Belgium who can get reimbursed because he started his treatment before 2010. After that point, Belgium decided to stop reimbursing.

Other countries in Europe such as Poland, Finland, Sweden, and Romania also do not reimburse the treatment.

Travelling around Europe trying to connect Alpha-1 patients as a volunteer in Alpha-1 Global, Willersinn has heard what it means for patients who cannot get their treatment reimbursed.

“I know a lot of Alphas who are not stabilised by a plasma product. So things get worse and worse. That means, first of all, they have infections once or twice a year (…). Sometimes their situation is one of panic because you don’t know how to handle it,” he said.

“Then you feel like you are in a submarine where the air is closed and you cannot get out. So it is important to be treated by this kind of treatment, which is the best treatment we have today.”

Treatment can stabilise the condition but cannot heal it. Willersinn will use a bronchodilator on rare occasions if he feels the need, and otherwise, he does what he can to eat healthily and exercise. 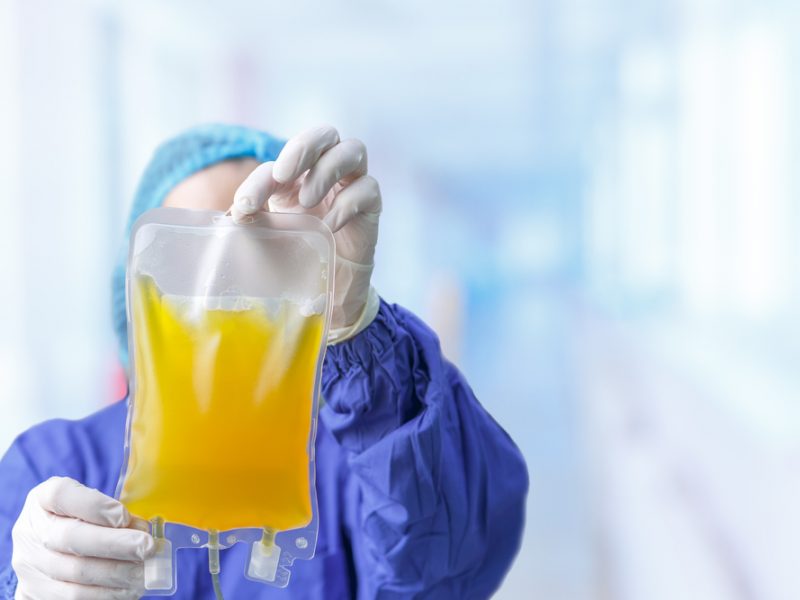 The debate over compensating plasma donations remains one of the more sensitive issues in the revision of the EU’s blood, tissues and cells legislation.

Plasma is needed by many

During the pandemic, Willersinn had to miss treatments twice, since the pandemic temporarily shut down plasma donations. For him, it was “no tragedy”, as it only starts to become a problem if he has to go without treatment for 2-3 months.

These shortages have also hit others who are dependent on plasma-derived medicines such as those with primary immunodeficiency (PID), whose treatment for one year requires approximately 130 plasma donations.

According to the International Patient Organisation for Primary Immunodeficiencies (IPOPI), the decline in plasma donations seen in 2020 continued into 2021 due to lockdowns and other restrictions.

“This has had an impact on the supply of life-saving plasma-derived medicinal products,” they wrote on their website.

They added that, because it usually takes 7-10 months from the time plasma is collected from a human donor to reach the patients, the consequences of the decrease in plasma collection on supply of IG (immunoglobin) therapies have been manifesting in recent months with a varying degree in different countries and are expected to continue in the coming months.