Aboca: an example of the Green New Deal applied to health 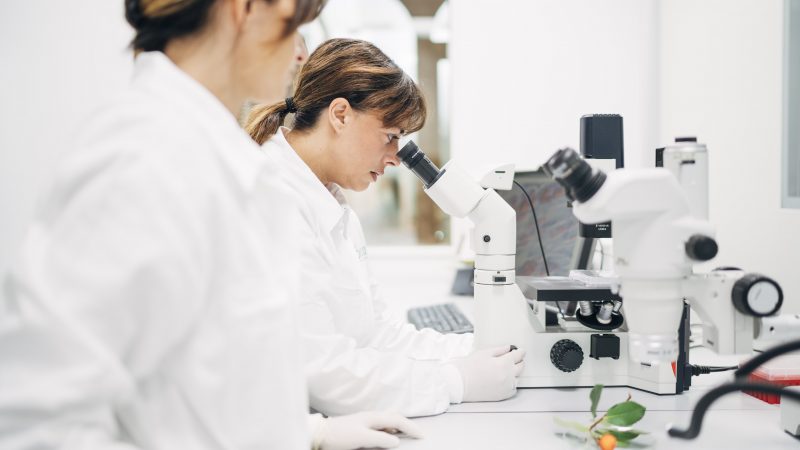 With the “Green Deal”, Europe puts sustainability at the heart of its scientific, cultural and economic development. This is not only an abstract idea, but a concrete opportunity to promote a new economic and social system that reverses the effects of the current extractive model of development, a model which is reliant on the destruction of environmental resources and the use of substances that are not part of the ecosystem. The Green Deal is a vital opportunity – the only route available – which should also be applied in the health and therapy sector. It is a vision that Aboca has been pursuing ever since it was founded.

Aboca is an Italian healthcare company in Tuscany which specialises in 100% natural and biodegradable products.

It develops plant-based medical devices and food supplements that are free from preservatives and synthetic excipients, which respect both the human body and the environment. The company was founded over 40 years ago and its goal has always been to search for effective scientific solutions to human health issues in the complexity of nature.

The distinguishing feature of the company is its vertically integrated supply chain, which covers everything from organic farming and pharmaceutical manufacture to a distribution model that emphasises the importance of the role of the pharmacy and GP, who are considered to be two key players in the health chain.

Aboca products are effective and innovative, offering new ways of treating emerging health issues, such as syndromes and functional disorders.

Today, Aboca has over 1,600 employees and in its 29,000 m2 of facilities it produces over 50 million units that are distributed in 17 countries, including Italy, France, Germany, Spain, Belgium and Poland.

As part of its mission and daily operation, the company lives and breathes the values that underly the European Commission’s proposed strategy that aims to protect, conserve and enhance the EU’s natural capital, and protect the health and well-being of citizens from environment-related risks and impacts. Aboca’s business model can be considered a working example of the Green New Deal and shows that a sustainable future is not only necessary; it is also possible. It also shows that this vision requires consistency, humility and hard work.

As part of this path in which the individual and common good are inseparably linked, Aboca has made its environmental and social impact a binding part of its statute by becoming a Benefit Corporation and certified B Corp.

Despite their long history as a cornerstone of European civilization, in recent centuries, due to cultural and technological limitations, natural substances have often been relegated to the field of “traditional” use or “alternative medicine”. Today, thanks to developments in Systems Biology and Systems Medicine, it is possible to study their properties using a rigorous scientific approach, which can harness their physiological action.

In addition, the approval of the European Regulation 2017/745 on Medical Devices made of substances makes it possible to develop innovative therapies that are based on the physiological and not pharmacological action of natural substances, particularly beneficial in syndromes and functional disorders. The European Institutions have acknowledged the extraordinary levels of innovation and opportunity presented by this type of product: in the current phase of implementation, it is crucial that the regulatory framework is maintained, to avoid a return to a reductionist approach that is opposed to the development of new methods of treatment that respect the human body and the environment. It is a systemic vision which treats the human body as a complex system, which is in turn part of the wider ecosystem.

Aboca is the European leader in this sector and through over 15 years of investment and research, it has developed a wide range of therapeutic solutions, which include everything from treatments for conditions affecting the airways and gastro-intestinal tract to the management of syndromes and functional disorders like IBS and metabolic syndrome.

The beneficial properties of natural substances are also important in health and prevention for people in good health: this is another area in which the Green Deal and Farm to Fork strategy can help in supporting research for the development of food supplements that can modulate the healthy body’s functions physiologically, as outlined in the European homeostasis model, while ensuring the required safety for citizens.

Over the new few years, research will play an important role in achieving the Green Deal’s values and objectives: this is why we believe that it is crucial for Europe to invest EU funds into the creation of a European Knowledge Platform for Natural Substances for Health, thus making it the global benchmark in the sector.

From Farm to Health.

Aboca believes that organic farming is the first step toward protecting and promoting people’s health. It is therefore perfectly aligned with the European Commission’s Communications “A Farm to Fork Strategy” and “EU Biodiversity Strategy for 2030“. The two proposals underscore the need to make the European agri-food system a global standard in terms of sustainability, responding to the demands of citizens who are increasingly aware of issues surrounding health and respect for the environment. Aboca organically farms over 1,700 hectares of land in Tuscany and Umbria, central Italy, where it cultivates over 60 different species of medicinal plants. Its agricultural processes rely on the use of innovative agronomic techniques devised to respect the balance and biodiversity of the agro-ecosystem. This ethical approach has allowed the company to achieve a specific certification (the Biodiversity Alliance), which measures the biological quality of the soil and considers a series of other environmental parameters, with a maximum score of 100/100.

Aboca’s organic farming model not only guarantees respect for the environment, but also makes it possible to produce high quality raw materials, used in the development of safe and contaminant-free therapeutic products that respect the human body and biodiversity. It is vital that this approach is encouraged until it becomes a widespread standard. This would allow more ethical companies to operate in the economic and manufacturing system for the common good and not only for profit. It would also reduce the level of unfair competition from companies that transfer the costs and negative externalities of their polluting production processes to the community; competitiveness would no longer be based on low prices made possible by unsustainable supply chains, to the detriment of public health and the environment, but on the generative and shared value that each one of these ethical companies offers to individuals and the environment.

A new engagement for the Common Good.

In 2018, Aboca became a Benefit Corporation. This is a legal form of company that came into force in Italy in 2016 and is being evaluated or approved in many European countries. It is an evolution in the very concept of a company, focusing on achieving true economic, environmental and social sustainability. The management of Benefit Corporations requires a balancing of corporate and community interests, as well as the inclusion of specific public-benefit commitments in the company’s statute, which must be transparently and thoroughly reported on an annual basis. It is not merely corporate social responsibility, a form of generous compensation, but a radical shift in paradigm: it signifies moving from an extractive model, whereby the negative externalities are borne by the community, to a generative model, whereby the company works constantly for common benefit.

In this area too, there is a need to ensure that the information given to consumers on sustainability is correct and has a solid basis, in order to prevent “green washing” from becoming a widespread phenomenon.

Aboca provides the measurement of its impact through the adoption of the Business Impact Assessment (BIA), which was the basis for its certification as a B-Corp, a global movement that includes thousands of companies around the world who agree to measure their impact according to objective and shared standards.

In the future, the key to the economic success of companies will lie in sustainability, and this will only be possible if we are able to build a relationship of trust with institutions and citizens, through awareness and transparency for the common good.

A SUSTAINABLE FUTURE IS NOT ONLY NECESSARY, IT’S POSSIBLE.