Better tools are need to end tuberculosis and anti-microbial resistance 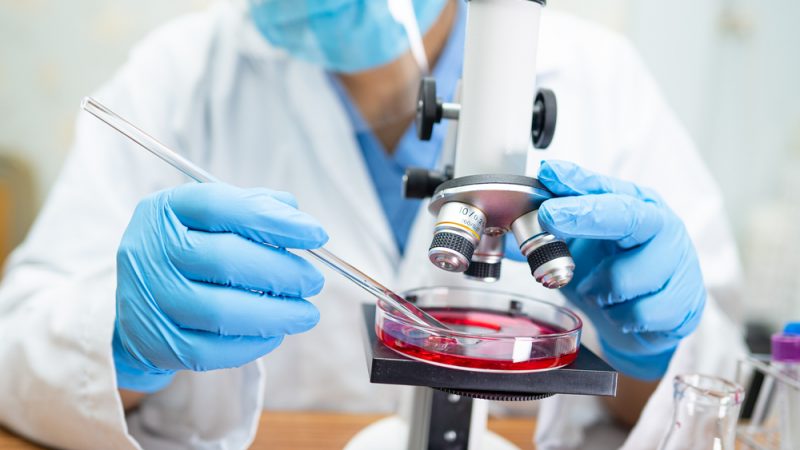 We need better tools to end TB and AMR, and the EU can and must lead these efforts, writes Nicolae Ștefănuță. [Shutterstock]

We need better tools to end tuberculosis and anti-microbial resistance, and the EU can and must lead these efforts, writes Nicolae Ștefănuță.

Nicolae Ștefănuță is vice-chair of the European Parliament’s delegation for relations with the United States and co-chair of the informal MEP Interest Group on Antimicrobial Resistance.

By the time you finish reading this piece, 12 people will have died from tuberculosis (TB). Every 15 seconds, a life is lost to TB. It is unacceptable that this highly infectious disease, discovered over a hundred years ago, kills around 1.5 million people every year.

And the numbers are growing. Before the COVID-19 pandemic, TB was the deadliest infectious disease.

Now, the pandemic has undone years of progress in tackling TB, with the World Health Organisation’s (WHO) latest Global Tuberculosis Report highlighting that TB deaths increased for the first time in over a decade in 2020, with projections suggesting that the number of people developing and dying from TB could be even higher in coming years.

A multitude of crises, including global pandemics, climate change, and armed conflicts, have significant repercussions on managing infectious diseases like TB. Challenges with providing and accessing essential TB services during the COVID-19 pandemic have meant that many people with TB have gone undiagnosed, and many have lost access to their treatment.

The Global Fund to fight AIDS, Tuberculosis, and malaria estimates that around one million fewer people with TB were treated in 2020 compared with 2019, while the WHO predicted a 15% decline in people enrolled on treatment for multidrug-resistant rifampicin-resistant TB (MDR/RR-TB).

In Ukraine, which has one of the highest rates of MDR-TB in the world, but where significant inroads have been made in tackling TB in recent years, overcrowding, lack of access to medicines and medical care and widespread destruction of water and sanitation infrastructure as a result of Russia’s invasion could undo a decade of gains in public health.

Drug resistance is particularly worrying in TB. Approximately 20% of all new TB cases in the WHO Europe region are classified as multi-drug resistant or extensively drug-resistant. TB is a crucial driver of anti-microbial resistance (AMR).

As a member of the European Parliament’s AMR Interest Group, whose aims and objectives include promoting funding for AMR-related investments and ensuring that prevention is at the heart of all AMR action, I’m pleased to add my voice to those calling for an acceleration in the development of TB vaccines.

As the pandemic has shown, vaccines are the most effective public health tools to deal with epidemics.

TB vaccines would be game-changers for TB prevention and eradication, significantly reducing the need for antibiotics, which in turn would help curb the rise of AMR.

According to the WHO, we currently have 14 vaccine candidates in the pipeline. Still, without significant additional resources for clinical research and development, we will have to wait decades until an effective vaccine against TB is available.

The COVID-19 pandemic has shown that we can achieve this in much less time when the world sets its priorities straight. The European Union (EU) has the scientific and financial capacity to lead these efforts, and hence we also have the responsibility to do it.

The only existing TB vaccine (BCG) is more than a hundred years old and does not protect adolescents and adults, who are most at risk of developing and spreading TB.

Even with just 60% efficacy, a vaccine could prevent approximately 17 million cases of TB in its first 25 years of use. Furthermore, there is still no rapid, easy-to-perform diagnostic test available for active TB, and current treatment lasts for a minimum of six months.

There are quite a few other challenges around treatment; psychological distress associated with hospital-based TB care, the possibility of severe side effects, the financial toll for patients and the health care system, the high pill burden – all of which undermine treatment adherence, which in turn exacerbates resistance.

Without better health tools, we will not end the epidemics of TB and AMR.

While research and innovation (R&I) into TB and other poverty-related and neglected infectious diseases such as HIV or Ebola helped to fast track the global response to COVID-19, we must now ensure that the new R&I landscape catalyses progress on these neglected diseases.

For example, the new European Health Emergency Preparedness and Response Authority (HERA) should follow in its American counterpart’s (BARDA) footsteps and include TB in its mandate.

The U.S. government is the largest funder of TB research globally, and in 2020, the EU-funded European and Developing Countries Clinical Trials Partnership (EDCTP) became the third-largest investor in TB R&I. US-EU cooperation on TB R&I holds the potential to deliver real and transformative change for millions of people.

The End TB Strategy put forward by the WHO in 2014 aims to end the global TB epidemic as part of the Sustainable Development Goals. TB is curable, but we will not curb its spread with the tools we have today.

COVID-19 and AMR are very real threats to the incredible progress made over the last decade. EU support for R&I for both TB and AMR is crucial. The evidence is clear on the desperate need for new vaccines, treatments, and diagnostics.

Only with strong and sustained financing can we reach global targets, and I will push to secure ambitious EU investments for health and R&I, including tackling TB.