By playing doctor, the UN may kill the patient 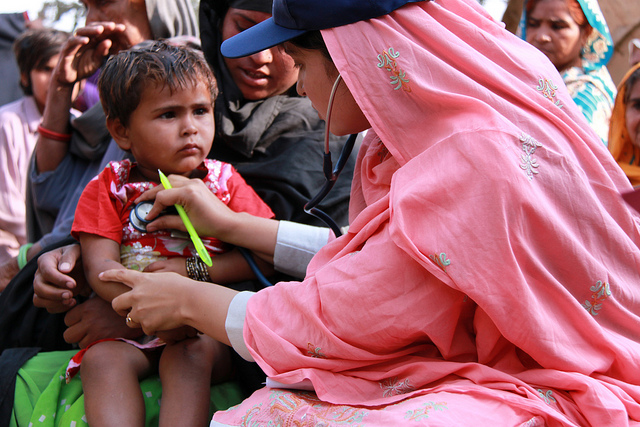 The United Nations High-Level Panel on Access to Medicines does not address the actual problems of developing countries, such as inadequate infrastructure and shortage of medical staff, writes Dr. Barbara Kolm.

Dr. Barbara Kolm is president of the Austrian Economics Center in Vienna, Austria.

Expanding access to essential medicines in the world’s poorest nations is a laudable goal – and a challenge that presents a host of complex problems. But if policy planners were to follow the recommendations of the United Nation’s new High-Level Panel on Access to Medicines, they could bring global drug innovation to a halt – thus ending access to new drugs for all the world’s residents.

The panel was established unilaterally by UN Secretary-General Ban Ki-moon. Major UN member states, including the United States, were allowed very little input. The panel’s goal – stated in its own literature – is to weaken drug patents and associated trade rules which “restrict” drug access and enforce monopoly pricing. Yet, patents – and on-patent drug pricing – are clearly not what are keeping essential medicines from reaching the poor.

The panel’s predictably narrow, look-good-feel-good focus ensures its “findings” will sound great in progressive media. But in fact, they are carefully massaged to answer the wrong questions and will, if turned into law, actually add to the problems of the world’s sick and needy.

Developing countries commonly face barriers to access that have nothing to do with the supposed “problem” of patents and patent pricing. Many lack the infrastructure needed to physically store medications and deliver health care to their people, especially those in rural areas. They face a severe shortage of medical staff – per capita, poor countries often have just one-fifteenth as many doctors as rich countries. Government funding is often lacking. And many nations impose long registration processes on new drugs. In South Africa, for instance, it often takes five years to start selling a new pharmaceutical product.

But the panel’s stated mission does not address these issues. Instead, it is set up “to review and assess proposals and recommend solutions for remedying the policy incoherence between the justifiable rights of inventors, international human rights law, trade rules and public health in the context of health technologies”. The panel will also assume that there’s a “misalignment between the right to health and trade rules”.

This kind of vague and open-ended language gives the UN the moral justification to wreak economic and social havoc in the name of virtue – or misalignment. But unfortunately, government bodies like the UN do not create the drugs they would so loftily “redistribute”. It’s private sector companies that take up the complex, risky, expensive and hugely regulated task of research and development. And yes, without profit, they would not do it.

It costs about $2.6 billion to develop a new drug, and this is not an expense that companies take on lightly. They need a way to recoup their investment. Patents, which give companies the exclusive right to sell the drugs they develop for a limited time, are the solution. Once a drug’s patent expires, other companies can make competing generic versions.

This double process harnesses the enormous energies of the free market. The profit motive spurs the creation of new drugs. Then, competition drives down their prices. In order for someone to have “access to medication,” the medication needs to exist, and it needs to be priced affordably. The patent system encourages both.

This is, in fact, a good deal for developing countries, even before patents expire. Drug companies typically offer much lower prices to consumers in poor nations, and patent protection encourages drug companies to develop local markets. According to one study, when a drug launches in a developing country, access is seven times better if the drug is patented. Off-patent drugs are readily available. As a matter of fact, most drugs on the World Health Organisation’s Essential Medicines List are already off-patent and relatively cheap. Yet hundreds of millions of people still don’t have access to them.

Clearly, the UN’s panel shouldn’t be focusing on patents as an obstacle to access. No panel that truly wanted to help the world’s poor would zero in on intellectual property, as opposed to these numerous real, pressing problems that are depriving people of life-saving healthcare.

And no one, poor or rich, can access drugs that don’t exist because there was no incentive to create them. This makes an assault on patents ill-advised, even setting aside the larger issues.

Right down to its very “scope”, then, this panel is completely misguided. By focusing exclusively on intellectual property rights, it looks as if the UN has set out to make scrambled eggs by first killing the hen. There’s a lot of work to be done when it comes to improving healthcare in the developing world. But this new UN panel is a counterproductive way to get started.