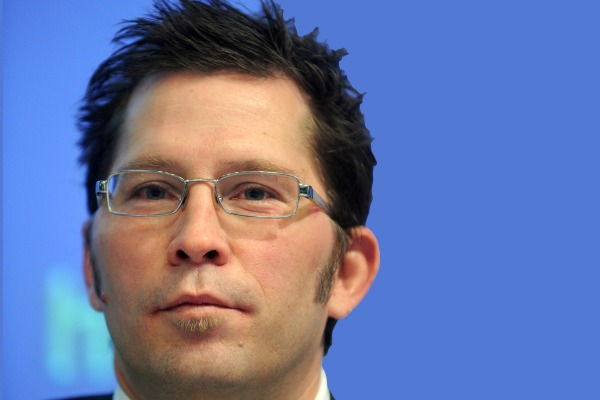 Current legislative work on endocrine disruptors, which is potentially being undermined by the Transatlantic Trade and Investment Partnership (TTIP), is a prime example of how short term profits are being given priority over people and the environment, argues Robert Pederson.

Robert Pederson is food policy coordinator at Arc2020, a platform of 150+ organisations, working towards better food, farming, environment and rural policies for Europe.

Endocrine-disrupting chemicals (EDC) are found in a range of product from plastics used for packaging food and drinks to commonly used pesticides. EDCs or just EDs (endocrine disruptors) interfere with hormone systems in humans, animals and plants, and cause “adverse health effects in an intact organism, or its progeny, or (sub)populations” according to the position adopted by the WHO’s International Programme on Chemical Safety. EDs are known or suspected to cause a number of health problems such as learning disabilities, attention deficit disorders, cancer and are increasingly linked to obesity and metabolic disorders such as type 2 diabetes.

A recent article on EURACTIV suggested that the Commission has intentionally delayed legislation on EDs. The Commission’s 2013 work programme included plans to revise the strategy on EDs to better protect public health and the environment.

Delays producing criteria for identifying EDs were “justified because of the complexity of the issue, evolving science and diverging views among scientists and stakeholders.” However a senior EU official interpreted the delay differently: “The endocrine strategy was blocked because of lobbying by the cosmetics industry”, EURACTIV reported. The fear is that, in light of impending trade agreements, a regulatory chill is already starting to bite.

The European Commission, in their revised strategy on EDs, is currently weighing whether to propose changing EU legislation governing the use of pesticides. Such a landmark volte-face would potentially make it much easier for companies to market products containing substances that affect human hormones.

This is a key demand by the ‘crop protection’ (agro-chemical/pesticide) industries on both sides of the Atlantic in US-EU trade talks. In May 2013, CropLife America, agro-chemical lobbyists, wrote to the US Trade Representative, citing the neonicotinoid ban as an example of the “abuse of the precautionary principle by the EU” and described the “categorisation of chemicals as endocrine disruptors currently taking place” as “highly problematic”. Stating that this “runs counter to the science-based risk assessment approach used by the US Environmental Protection Agency”.

In June 2014, the Commission published a roadmap, which contained an option to shift from the current EU approach of banning the use of all EDs in pesticides, towards a model that could allow them to be used as long as certain steps are taken to mitigate the risk.

Recently, it was announced that US and EU will seek a ‘Harmonised Approach’ on EDs in a pilot program. The initiative on EDs is one of three pilot programs on chemicals launched by the US and EU in parallel to TTIP. The other two programs, which are focused on chemicals screening and labeling, were announced by the EU following the sixth round of TTIP talks held in July.

A spokeswoman from the Environmental Protection Agency in the US, quoted in Inside US Trade,  stated “Our goal is to have a harmonised approach to prioritization and screening of chemicals based on endocrine bioactivity and environmental exposure”.

Although very little is known about what will be included in the pilot program due to secrecy arrangements, the distinct possibility remains that the program will focus on finding a common approach toward the risk assessment of EDs. The overall aim of TTIP is after all to reduce barriers to trade. In this context, the potential is clearly there for negotiators to work towards minimisation of even the chance that the criteria and methods used in one jurisdiction could give a different result than in the other.

How will these efforts at harmonisation affect the Commission’s current review of legislation and policies on EDs, when criteria for EDs have not yet even been agreed? The context for this imbroglio is fraught. The Commission has still has not even agreed internally on what criteria should be used to define such substances.

It is still unclear even which Commission services/agencies from the EU will be involved in the ED program. The Commission’s directorate-generals for Health & Consumers (DG SANCO) and the Environment (DG ENV), European Chemical Agency and European Food Safety Authority all play roles regulating EDs in the EU.

The key questions, to our policy makers at the Commission, our newly elected MEPs and Commission elects are: Why is the EU reviewing the legislation – is it to protect public health and the environment or to protect business interests? Will this mean even longer delays in regulating EDs, thus endangering our health and the health of ecosystems, both now and in the future?

More broadly, will we continue to learn late lessons from early warnings, and is the precautionary principle itself now under threat?