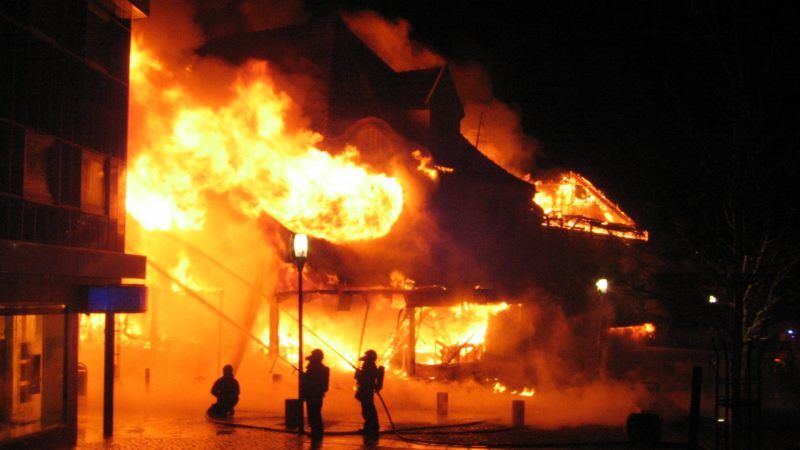 A building engulfed by fire, with firefighters desperately trying to get the flame under control. [Shutterstock]

Until the Grenfell tower fire, many assumed that modern buildings must be more fire safe compared to older buildings. The tragedy in London has shattered those assumptions. Governments across the world, fearful of a similar tragedy, are reviewing and reconfirming fire safety approaches.

While national governments are responsible for fire safety standards in buildings, the European Union also has a say in some factors that determine the fate of buildings and their occupants should they go on fire. The EU can and should improve fire safety in buildings to protect its citizens.

The EU’s Construction Products Regulation review currently taking place is an ideal opportunity to test the toxicity of smoke produced by construction products in a fire and then label those products with their results. Each CE marked construction product would, in addition to existing fire safety ratings, have an indication of its smoke toxicity.

This transparency is a basic condition for the responsibility of builders and consumers, as it allows to make informed choices about the appropriate construction products to use for different settings.

And yet, the European Commission is losing its nerve. It says that a recent study indicates that no requirements are necessary on testing labelling of smoke toxicity. Some of those who oppose testing and labelling of construction products advocate that the contents of a building burn first so they present a higher risk.

But in the cases of the Grenfell Tower, the Colectiv nightclub in Bucharest, or the Cuba Libre club in Rouen, the toxicity of burning construction products made a major contribution to the deaths.  These are not isolated examples.  Lack of clear information and transparency puts the safety of EU citizens at risk.

It is not too late. The European Parliament will discuss fire safety on September 13 and MEPs will surely seize the opportunity and insist that the European Commission introduces a transparent testing and labelling system for smoke toxicity. This must be the only option on the table.