EU should learn from Australia on drug approval process 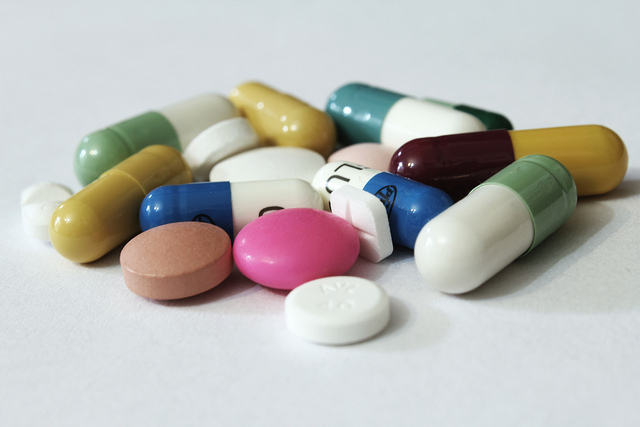 The announcement last week that we may have discovered the first effective dementia treatment to act on the disease process itself, rather than just the symptoms is hugely positive, but a burdensome and costly regulatory system is unnecessarily prolonging the fight against this devastating disease.

Pharmaceutical medicine has had a profound impact on our modern human history. More progress has been made in advancing our understanding of human medicine over the past century than all the previous centuries combined.

Smallpox, polio and leprosy – once intractable human diseases, indiscriminate of wealth, race or social class, are now being consigned to the annals of history.

The discovery of antibiotics has rendered many deadly bacterial infections virtually innocuous.

The 1950s saw the introduction of Chlorpromazine – the world’s first antipsychotic medication – paving the way for the transformation and closure of the macabre Victorian asylums.

But as one war is won another begins. The startling rate of medical advancement has brought with it new challenges. As life expectancy increases, so too has the prevalence of other diseases such as cancer and neurodegenerative disorders, such as dementia.

The explosion in new and effective treatments for once deadly diseases has been checked by a similar growth in red-tape and regulation, inhibiting patients’ access to lifesaving medication.

The onerous process costs time, money and lives. In the US – the world leader in the development of new pharmaceutical drugs – the cost of delivering a drug from ‘bench to bedside’ has increased exponentially since the 1970s.

A US study by the Tufts Center for Drug Development found that in 1975, for a new drug to be approved, the pharmaceutical industry spent on average the equivalent of £65 million in today’s prices for research and development costs. By 1987, that figure had tripled, to £195 million, and by 2005 costs has soared to £800 million. Cancer Research UK now estimates that the figure to be approximately £1.1 billion.

The Tufts study investigated the driving forces behind these soaring costs. Onerous requirements for supplemental testing, even when a drug has not been shown to pose any health risks, as well as costly delays triggered by unjustified demands for additional data were key factors.

This symptom is not exclusive to America. In Europe, the key regulatory body responsible for drug approval, the European Medicines Agency (EMA) is responsible for even more pronounced delays.

Even if a drug is approved in one jurisdiction, such as the US, it is often subject to supplementary testing requirements here in Europe, and vice-versa.

These soaring costs are stifling innovation and delaying the arrival of new life saving drugs. Analysis by the global consulting firm, Deloitte, suggests drug companies are becoming more cautious and less innovative in their approach. An increasing number of new drug submissions are for ‘me too’ drugs – drugs that are structurally very similar to already known drugs, with only minor differences.

In the US, between 2006 and 2011, only 10 truly innovative treatments were approved by the FDA out of a total of 35 submissions. The majority of new molecules launched between 2007 and 2011 already had established mechanisms of action.

The rising approval costs are also impacting on patients in other ways. In a bid to recoup the increasing costs incurred, pharmaceutical companies are left with little choice but to market new drugs at prices that often preclude the ability for member state regulators to grant marketing licences to public health providers.

Various initiatives have been implemented at a member state level to allow patients with life threatening illnesses access to unapproved medicines. But these are sticking plaster solutions that fail to adequately address the problem. More needs to be done.

It is vital the various jurisdictional regulators collaborate more closely to improve their approval procedures. The EMA should be encouraged to work more closely with the US Food and Drug Administration (USFDA) to streamline and standardise testing protocols. If successfully achieved, the economic and healthcare benefits would be immeasurable.

Similarly, the Australian government is currently reviewing a novel solution to help facilitate new drug development and delivery. If introduced, the proposals will see drugs approved in other jurisdictions, such as the US, UK, or Europe not subject to any additional requirements for approval, unless it can be demonstrated that there is a good reason to do so. This would remove superfluous regulation, lower drug company costs, encourage innovation and afford Australian patients quicker access to new medicines.

Opponents of simplifying existing drug approval processes are understandably haunted by the devastating impact of Thalidomide. Developed, approved and distributed to patients in West Germany during the 1950s at a time when effective drug trialling was in its infancy, the drug soon spread in popularity and was introduced to other jurisdictions (although notably in the US the FDA rejected the drug on the grounds of safety concerns).

Had drug trialling and distribution in 1950s been subject to the same standards as those present in the 1970s, the side effects of the drug would have been identified and authorisation for the treatment of morning sickness rejected.

Today, following further research, and with a fuller understanding of the drug’s side-effect profile, prescribed in the appropriate settings, Thalidomide is an important weapon in the battle against multiple myeloma.

Better regulation does work. In 1987, in the midst of the HIV/AIDS pandemic – and motivated by onerous approval requirements for promising investigational drugs – AIDS Coalition to Unleash Power (ACT UP) was formed.

Through a combination of civil disobedience, effective lobbying and peaceful protest, the group successfully saw Congress approve the accelerated approval pathway for HIV medication. The result was the faster introduction of effective anti-retroviral therapies.

Today, HIV has been transformed from what was once a death sentence into a chronic condition.

Effective drug trialling is a vital component to ensuring public health, while ensuring public confidence in pharmaceuticals. But too much regulation, although harder to see, can be far more deadly and detrimental to patient lives.