By Ilona Kickbusch (Vice-President at EHFG) 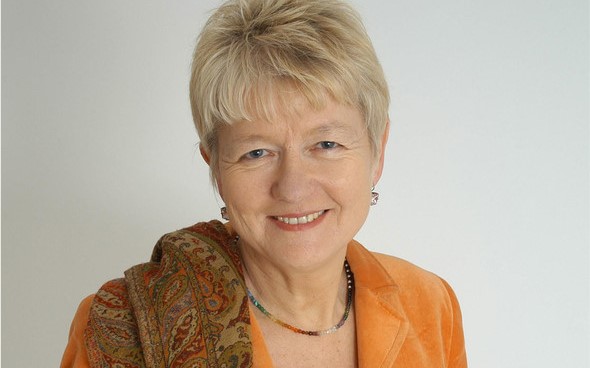 On Tuesday 2 September, it was reported that the European Union (EU) has agreed to send millions of COVID-19 vaccine doses manufactured in South Africa back to the African continent. This incident has taught us a clear lesson: while a sense of urgency is inherent to crisis management, we should never lose sight of what our actions mean in a broader global context – right now especially in terms of equal access to immunisation and treatment. Core ethical principles are too often compromised by short-sighted political concerns. In fact, pandemic preparedness implies that core ethical principles are built into decision-making processes in times of crisis.

The first plenary of this year’s European Health Forum Gastein (27 September – 1 October), will focus on the leading role Europe should play in a new geopolitical environment in reviving international efforts towards multilateralism, as a means to build fairer societies worldwide.

Determined to increase its leadership on the international stage, the European Union (EU) has championed efforts to support the World Health Organisation (WHO) and to propose a new Pandemic Treaty. Whether WHO member states will embark on treaty negotiations will be decided at the special WHO Assembly in November 2021. Meanwhile, the G20 Health Ministers have recently released a health declaration calling for strengthening COVID-19 vaccine supply chains, increasing manufacturing capacity and building expertise in low- and middle-income countries – all issues that  would need to be addressed by a treaty. The declaration notably emphasises the importance of voluntary technology transfers and calls to “eliminate World Trade Organisation (WTO) inconsistent barriers that jeopardise the effective operation of the supply chains for essential medical goods”. Building on this declaration, the upcoming G20 Heads of State and Government Summit on 30-31 October is also expected to discuss issues pertaining to global access to vaccination. G20 members disagree on whether a TRIPS waiver could significantly impact on the vaccine divide.

Vaccine equity is the defining issue in global health right now and the EU has yet to take a clear stand on sharing vaccines as well as intellectual property. Support for a future Pandemic Treaty at the WHO level will only come from countries of the Global South if the rich countries give up vaccine nationalism. In its efforts to show leadership, Europe should create partnerships and respect the Global South perspective on pandemic preparedness and response. A refreshed vision of multilateralism needs first and foremost to be co-constructed with the Global South. It is high time to end the charity model of global health and to acknowledge the extreme interdependence.

Concretely, this means promoting a coordinated approach to pandemic response, which places solidarity at the forefront of not only the health but also the socio-economic response to guarantee fair recovery for all. The multilateral starting point of such ambitions is strengthening dose-sharing via COVAX, while speeding up production capacity in Africa, Asia and South America. This would ensure a more equal global distribution of medical counter measures now and in the future. This is the signal for solidarity not only the Global South but also many Europeans are waiting to see.

Multilateralism goes beyond government-to-government relationships. One of its critical dimensions is the active participation and support of multilateral organisations such as the WHO. Drawing the lessons learned from the crisis and identifying the limitations of the WHO is an essential first step. But once the solutions are identified, moving forward will require strong political leadership by countries. This should focus on positive and active contributions to strengthen WHO’s functioning, especially guaranteeing increased financing. It is important to keep in mind that WHO’s mission extends beyond health. By strengthening this institution, European nations are renewing their commitment to universal values such as equality and the protection of inalienable human rights enshrined in the WHO Constitution. At a time when nationalism is rising, Europe has a key role to play in championing efforts to revive multilateralism at a global level, to better protect the health of populations and spread a message of hope and cohesion against the appeal of individualism, nationalism and geopolitical competition.

The EHFG 2021 will provide key stakeholders with a platform to discuss this important topic in its first plenary and will reflect on ways for Europe to better cooperate on the international stage.