Exposure to air pollution during pregnancy linked to ADHD 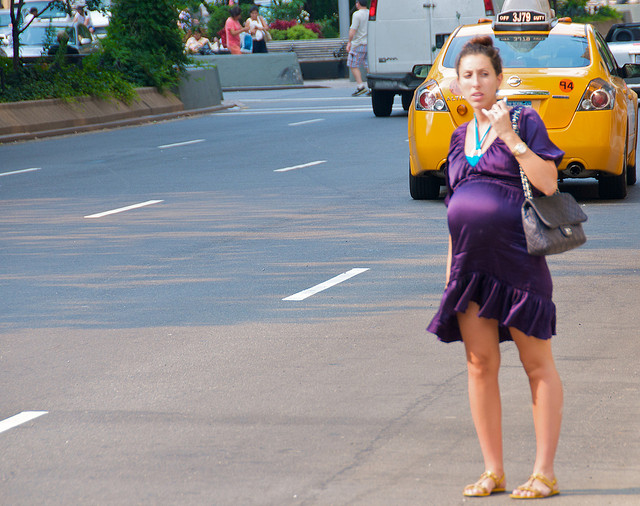 New research shows that children born to mothers exposed to high levels of PAHs in air pollution during pregnancy are five times more likely to show symptoms that characterise ADHD, writes Anne Stauffer. Given that the costs of treating ADHD alone are estimated at €0.72 billion per year for the EU28, she argues that it makes health and economic sense for the EU to advance on new air pollution rules.

Anne Stauffer is deputy director of the Health and Environment Alliance (HEAL).

An EU clean air package could benefit children’s health and save money in Europe.

New evidence links poor air quality to Attention-deficit/hyperactivity disorder (ADHD) in children – yet another reason for full and urgent adoption of the EU air quality package.

The European Parliament complementary impact assessment on the significance of reducing national emissions of certain pollutants in the air have been discussed today in the Environment Committee. But it will not take into account the plethora of latest findings on different chronic diseases to air pollution. While polluted air is a well-established contributor to respiratory diseases, certain heart conditions, and lung cancer, among recent findings are particular concerns that maternal exposure may be affecting child development.

The new study published today by researchers from the Columbia Center for Children’s Environmental Health in New York finds that prenatal exposure to polycyclic aromatic hydrocarbons (PAHs), a component of air pollution, is linked to increased ADHD behaviour problems in nine year olds.

ADHD is the most common behavioural disorder diagnosed in children and is often accompanied by anxiety and depression. Children with ADHD are at increased risk of substance abuse, conduct, and mood disorders. The condition can persist into adulthood.

Treatment costs alone for EU28 are estimated at €0.72 billion per year. A study published in 2007 suggested that a projected ten-fold increase in ADHD prevalence anticipated over the ten year period to 2012 would drive overall annual treatment costs to €311 million in German and to €91 million in the UK.

Current estimates of the health conditions already recognised as associated with exposure to air pollution are huge. Lung and heart conditions linked to polluted air cause more than 400,000 premature deaths per year and health costs of up to €940 billion. In Western Europe, air pollution is now the 11th biggest contributor to the burden of disease – yet reducing air pollution and thus improving health requires straightforward policy change rather than difficult-to-achieve behavioural change.

In essence, the adoption of the air package would represent a major public health plan that would produce a substantial dent in Europe’s onerous toll of chronic, non-communicable disease. The new research suggests that major benefits may also be felt in Europe’s next generation of children.

Sadly, the EU air quality package is under threat. EU Commission President Juncker has asked Environment Commissioner Vella to “to take stock of the negotiations on the air package”, while Vice President of the Commission Frans Timmermans is also reviewing all current legislative proposals. HEAL and many other health and environmental organisations think this development is an unacceptable delay in the process of agreeing on already overdue legislation.

The package was the outcome of three years of extensive analysis and a comprehensive impact assessment by the Commission. Almost four in every five EU citizens have made clear that they want the EU to do more to address air quality problems.

To delay or weaken action on improving air quality makes no sense for health or the economy.

When introduced earlier this year, the then Environment Commissioner Janez Potocnik said that the proposed actions would halve the number of premature deaths resulting from exposure to air pollution, and that the benefits for health were 12 times as high as costs. Today, the benefits might be put even higher.

HEAL firmly believes that the emission reductions set out in the EU package is critical for health and quality of life. Recent research findings make it even more important to support the air package and to champion its benefits for children and adults in Europe.