For the Europe of tomorrow: An Open Letter 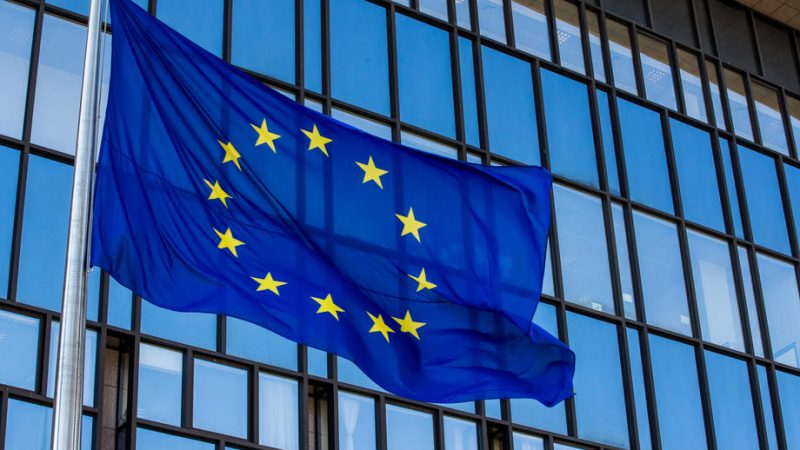 A view of EU flags next to the European Council in Brussels, Belgium, 26 March 2020. [EPA-EFE/STEPHANIE LECOCQ]

On the day of a critical meeting of the European Council, France’s former President Giscard d’Estaing, together with leading representatives from the world of politics, academia and civil society from the Board of Re-Imagine Europa, calls upon European leaders to show courage and ambition amid the current crisis.

The past months have seen the world and Europe confronted with the COVID-19 pandemic – a global health crisis whose management remains, for the moment, national and intergovernmental.

This is hardly surprising seeing that the European Union only has supporting powers in the area of public health and is limited to encourage as best it can Member States to coordinate among themselves. Should the EU have stronger powers in this area? What will we learn from this pandemic?

The current situation forces us to start a deeper reflection on how the EU is functioning: is our system still adapted to challenges of today?

In the past weeks, citizens across Europe have demonstrated the resilience that resides within our society. Patients in cross-border regions have been transferred from one country to another, health workers have been able to work in the areas where they were most needed.

Scientists working together have in a couple of weeks been able to achieve results that normally take months. This concrete solidarity demonstrates that European cooperation exists, and we are all realising that only if we join efforts we could get out of this crisis.

The paradox of today is that we know we need a stronger, more resilient European Union, yet the crises of the past decade have created nationalist reactions that complicate any additional efforts towards real solutions. We are aware that recent decades have eroded a lot of the trust between European citizens, but we hope that the spirit of cooperation and unity will prevail.

Solidarity is the cornerstone of our Union and it has an even bigger role to play in times of crisis to prove its strength and that it is not just empty words. As Europeans we need to understand that this is not a zero-sum game; we win or lose together.

A critical European Council meeting will be held today, the 23rd of April. We do not have time for hesitation or reluctance. We call for European leaders to demonstrate the courage to speak with one voice to provide all the necessary help to the countries worst hit by the coronavirus!

We propose that in the future, in the event of a pandemic, the powers to coordinate public health actions be transferred to the European level. In this coordinated European frame, all other levels, national, regional and local have their responsibilities.

This might require some adjustments to the Treaties, but it will be necessary to cope with a disease on a continental scale.

For the current crisis, some strong decisions must be made. It is not about pooling past debts but the debt that will be created in order to respond to the challenges created by COVID-19. Ultimately, a “European Treasury” for the integrated area should manage the borrowing needs of states.

The 2021-2027 multi-annual financial framework should also be revised upwards to become a more powerful instrument of solidarity and adapted to emergency situations like this one.

The Emergency Response Coordination Centre, that directs aid in the form of expertise, relief materials or civil protection teams to the affected countries, must be fully operational, medical research better coordinated at European level, as well as the collection and interpretation of epidemiological data.

When this pandemic finally ends, it will leave significant scars in society. Thousands of people will have lost their lives and our economic system will be severely disrupted. We need to take this opportunity to reimagine our economic and social system to be fairer, more sustainable and resilient. This is an essential step!

It implies that we need to encourage and improve the agility in decision-making and action deployment gained in the past months. We have been able to build hospitals and medical equipment in a couple of days when normally bureaucratic procedures hinder any creative process.

The European Union, with its value-based community of 446 million citizens could and should be an active force in this change.

Imagine what our economy could look like if we stopped competing fiscally with one another? If we stood united, large tech firms would not be able to shirk their responsibilities and avoid paying taxes.

We could close the loopholes that our current system allows and reimagine a system where everyone contributes, and the burden does not fall unfairly on the shoulders of the households or small companies. A system that boosts employment as opposed to taxing it. A precise timetable should be proposed for this fiscal unification in Europe.

In a world that is falling back into the temptation of power struggles, in Beijing, Washington, Moscow, Delhi and Ankara, we Europeans must defend these values that we know to be universal.

Our European Union is a union of values, based on the dignity of the human being, freedom, democracy, rule of law and peace. This is unique in the world. Only by giving Europe a full political dimension can we build the society of tomorrow and prevent the world from falling back into the tragic mistakes of the past.

The newly elected European Parliament and Commission must prove ready to help us in this shift.

COVID-19 has made us realise that we need new ideas to overcome the current challenges and adapt to the global, digital, and highly mobile world we live in today.

Europe is an idea and a project that belongs to us all. For it to be successful, we must cast aside negative views –  political bias, personal ego and the fear of change to name but a few – and, relying on the foundations of our history, believe in the hope of building one of the great civilisations of the 21st century.

Professor Manuel Castells, Minister for University of the Spanish Government and Professor of Sociology – Spain

Mr Étienne Davignon, former Vice-President of the European Commission and President of Friends of Europe – Belgium

Mr Enrico Letta, former Prime Minister of Italy, Dean of the Paris School of International Affairs (PSIA) at Sciences Po in Paris and the founder of the Scuola di Politiche in Italy – Italy

Ms Isabel Mota, President of the Board of Trustees of the Calouste Gulbenkian Foundation – Portugal