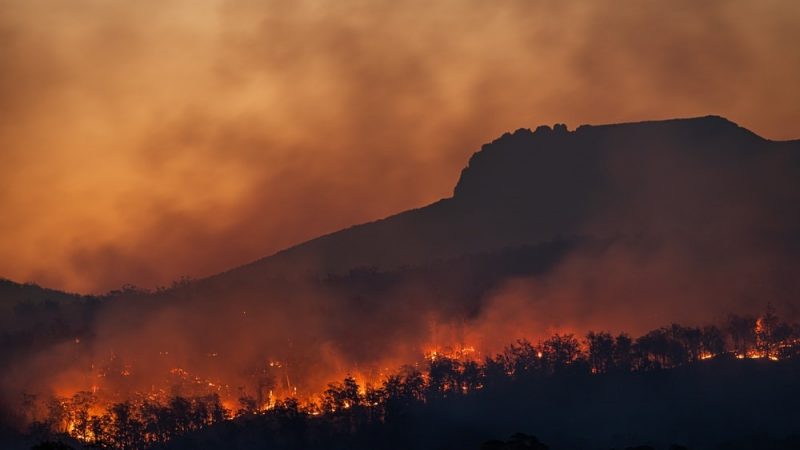 Chronic Kidney Disease (CKD) is often described as the invisible killer, mostly because patients have few or no symptoms until it is too late. On the practical level, this means that the disease, although devastating for both the individual and society, receives little political and public attention when compared with other chronic diseases.

Climate change impacts kidney health by increasing risk factors associated with Acute Kidney Injury (AKI), a life-threatening condition causing an abrupt reduction in kidney function. The frequency and intensity of heatwaves, the spread of infectious & parasitic diseases following floods and the expansion of tropical diseases to other parts of the world are all climate change effects that can give rise to Acute Kidney Injury.

In addition, the growing number of natural disasters pose a major threat to the continuity of care of both acute and chronic kidney patients who depend on critical infrastructure for their dialysis treatment (e.g. power and water supplies, transportation and telecommunication services).

More recently, rising temperatures have been identified as a potential cause of epidemics of Chronic Kidney Disease among labourers in Central America. In turn, all kidney disease treatments leave a substantial carbon footprint. This is due to the frequent therapeutic interventions, hospitalisations, use of consumables, intake of a large number of medicines and transports of goods and people.

Dialysis in particular generates large quantities of plastic waste and consumes considerable amounts of water. Annually, this represents >169 billion litres per year worldwide. Yet, solutions to implement sustainable kidney care practices and lessen climate change’s effects on kidney health exist. These should be integrated within EU policies and programmes without further delay.

The most cost-effective way to avoid complications with a certain disease is to prevent its onset. The EU4Health programme and Europe’s Beating Cancer plan, both of which have a strong focus on prevention, must help bolster education on healthy lifestyles and reduce exposure to Chronic Kidney Disease’s risk factors (e.g. tobacco smoking, alcohol consumption, unhealthy diets, lack of physical activity). It is crucial to target in particular the young generation and hard-to-reach groups such as refugees or people with low education and health literacy levels, all more at-risk to develop unhealthy habits.

With regard to dialysis treatments, much needs to be done on putting the concept of green nephrology into clinical practice. EU projects, for example through the EU4Health and LIFE programmes, could support the monitoring of resource usage generated by dialysis facilities, promote practices to reduce waste and disseminate already-existing ways to reuse reverse osmosis reject water.

Furthermore, bold investments into innovative dialysis treatments attentive to patients’ and environmental concerns are woefully lacking. Given that the technology to treat End-Stage Kidney Disease (ESKD) has not substantially evolved since 1945, the European Union could use the Horizon Europe programme to reverse this trend and be a groundbreaker in this field.

Kidney transplantation, which offers a more cost-effective and environment-friendly way to treat End-Stage Kidney Disease, is one more string to the bow of green nephrology. Thanks to the EU action plan on organ donation and transplantation, Europe has achieved remarkable results in increasing transplantation rates and organ availability as well as facilitating EU-wide cooperation in that regard.

However, progress has stalled since the end of the action plan in 2015. Putting forward a new EU action plan, as wished by the EU Member States, or at least relevant EU-funded initiatives, should now be the priority to improve transplant activities from both an environment and health standpoint.

Finally, the European Union should use all the available policy levers to limit climate change’s harm to kidney health. The European Green Deal already constitutes a positive step forward but it is now critical that EU policymakers ensure a thorough implementation of the roadmap. Nevertheless, mitigation strategies for climate change will fail to protect Chronic Kidney Disease patients if their condition continues to be neglected.

The lack of awareness of Chronic Kidney Disease and the scarce recognition of its severity are some of the reasons for the rising tide of the disease. An EU action plan on kidney disease, on the same model as Europe’s Beating Cancer Plan, would certainly help tackle these challenges and assert EU leadership and commitment to safeguarding the health of its citizens.

The environmental impact of kidney disease and the threat posed by climate change to kidney health can no longer be ignored. EU policymakers have now a moral responsibility to alleviate the future burden resulting from both climate change and kidney disease treatments. The sooner we act, the better for public health and for the planet.