Lead makes you beautiful and HEALTHY! 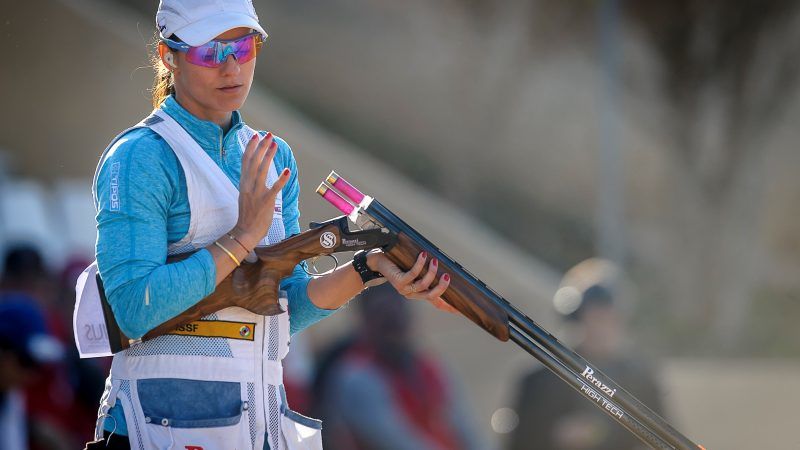 Nowadays, there is a widespread wrong assumption among public opinion that hunters and shooters are the most affected by lead poisoning because of their high exposure to lead contained in ammunition, writes Gloria Martini.

Gloria Martini is the secretary-general of AFEMS.

However, there are several scientific studies and research papers showing that metallic lead in ammunition has no significant impact on human health as compared to other forms of lead.

A further proof of the absence of correlation between lead exposure resulting from the use of lead in ammunition and elevated blood lead level is provided by the story of Danka Barteková.

Danka Barteková is a Slovak professional skeet shooter and a member of the IOC Athletes Committee. She is one of the most well-known athletes in her country as she acted as flag bearer for Slovakia at the Rio 2016 Olympics Games opening ceremony.

Danka Barteková started to shoot in 1998 at the age of 13. Since then, she has achieved quite a few successes at both junior and senior level. As a junior shooter, she won 4 medals from European and World Championships.

She is also a two-times European Champion, a 14-times Slovak champion in skeet. At the European Championships held in Nicosia, Cyprus in 2008, Barteková set a world record by hitting 99 targets out of 100.

Earlier this year, the Slovak shooter decided to undergo a blood test to measure lead level in her body. One, if not all, would expect to find an elevated blood lead level in the body of an athlete that for two decades has been shooting an average of 200 rounds a day five days a week and that has, in her career, some 500 thousand targets under her belt.

However, despite such an intense activity directly in contact with lead ammunition, her blood test result showed no significant concentration of lead in her blood just like any other individual in good health that does has never shot a single round in his life.

This direct evidence clearly shows that while the human exposure to other forms of lead may cause health problems, metallic lead in ammunition does not have any significant effect on human health.

The same concept has been repeatedly stressed by the Association of European Manufacturers of Sporting Ammunition (AFEMS) that in 2015 organized in Brussels the symposium “The Sustainable Use of Lead Ammunition in Hunting and Sports Shooting: Facts and Emotions” with a panel entirely focused on the effects of lead ammunition on human health.

AFEMS is a non-profit organisation based in Brussels which was set up in 1951 to continue the work started in 1898 by the International Ammunition Convention. AFEMS is a Europe-wide association.

Founded on the principles of cooperation and dialogue, it provides a forum for its network of members, a hub of information on sporting ammunition and a means of responding effectively to technical, scientific and legislative challenges. AFEMS is an NGO in Special Consultative Status with the Economic and Social Council of the United Nations. For further information: www.afems.org