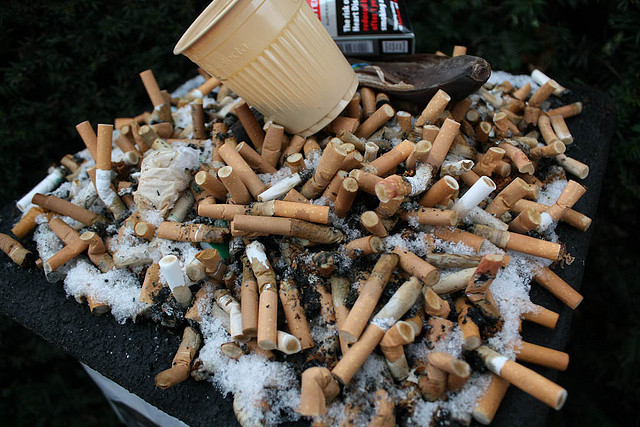 Jean-Paul Sculier is Secretary for EU Affairs at the European Respiratory Society, an organisation which focusses on lung health with the aim of raising awareness about lung diseases globally.

How many times do you walk up or down a flight of stairs each day? Two? Five? You’re not sure? The truth is, you probably don’t give it a second thought. Yet for the 266,000 people in the EU that die from lung cancer every year, even the simplest of physical tasks, such as walking to the end of their road, can be mission impossible.

The incidence of lung cancer in the EU is high, accounting for 20.8% of all cancer deaths. The percentage is greater than the global average, and is extremely costly. According to the European Commission, in 2009 the EU spent €120 billion on cancer, with lung cancer providing the highest overall cancer cost, at €18.8 billion.

Determined to do something to get these figures down, the Commission established CanCon (Cancer Control) – a group comprised of specialists aimed at improving the coordination of cancer initiatives in the EU, which will run from 2014 to 2017.

Given lung cancer’s relative prevalence in Europe, in comparison to other parts of the world, European Week Against Cancer presents a timely opportunity to discuss what is being done in the fight to reduce its prevalence. Placing the issue firmly on the agenda of both the European institutions and individual health ministries in member states is the first step towards this objective.

The milestone is also prompting other associations, such as the European Respiratory Society (ERS) and the European Society of Radiology to join forces for the same goal: to create an effective and widespread lung cancer screening programme across Europe for smokers at high risk of developing the disease. This means setting out specific criteria, which include the establishment of a central European registry, with a bio and image bank.

The recommendations come following the discovery by studies showing that low-dose CT screening reduces the chance of death. ERS has also pulled together a working group to specifically look at the professional needs in lung cancer over the next 3–5 years, including research, specialist centres, the importance of multidisciplinary teams, training and education.

To ensure that the patient’s needs are at the heart of these developments, the European Lung Foundation (ELF) is working with a group of lung cancer patients to establish their priorities, which include: Knowledge of the best treatment/therapy options available to patients; holistic care to meet both physical and psychological needs of patients; educating and empowering patients to advocate for themselves; and collaborating with healthcare professionals to achieve change.

While these initiatives are all very positive, there remains one underlying obstacle. Improvements in screening will hopefully reduce the number of fatal cases of lung cancer, which has a lower chance of fatality if caught early, but ultimately the principal means for stopping the illness is to eliminate the main risk factor: smoking.

While this is easier said than done, children and young people must be prevented from picking up their first cigarettes. ERS supports the call for plain packaging legislation, which forces tobacco companies to make every cigarette packet look the same except for the make and brand name. Research comparing existing branded cigarette packets with plain packaging found the latter to be significantly less attractive.

In addition to this, we can support measure that help smokers to quit. Smoking cessation programmes, aimed at the general public are an invaluable tool in helping to reduce smoking rates across Europe.

We hope that this concerted effort will start to see the figures stepping in the right direction.