Paths towards decriminalising drug use in Europe 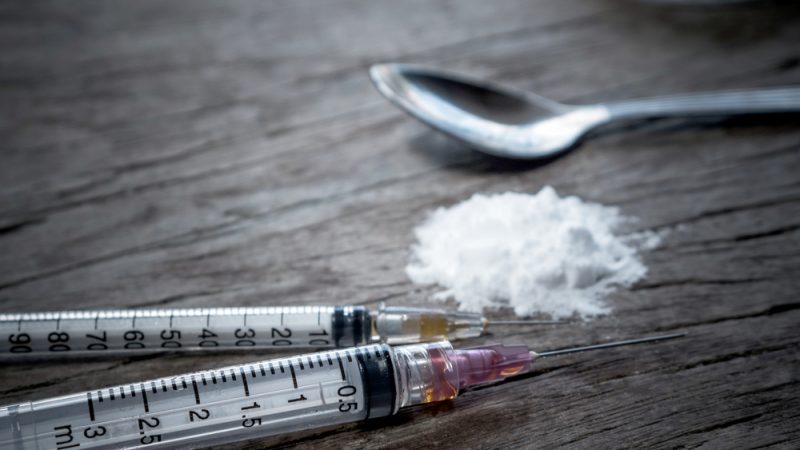 Gradually decriminalizing personal drug use in Europe has had numerous health benefits and helped tackle the taboo of drug addiction, writes Denis Huber.

Denis Huber is the executive secretary of the Council of Europe´s Pompidou Group.

When a Paris hospital in 2016 housed France’s first “shooting gallery” – a safe place where drug addicts can inject under medical supervision – critics feared that it could fuel drug abuse. A French law had authorised the creation of such low-risk consumption rooms) and so far, two have been set up – one in Paris and one in Strasbourg.

By launching this experience, France was following the path of Switzerland, which set up the first drug consumption room in Bern already in 1986, a model which has inspired other cities in Switzerland and in nine other European countries.

The French authorities have given recently their green light to the creation of more such spaces in Paris, to address the capital’s problem with crack and heroin users.

As the Pompidou Group – the Council of Europe’s platform for drug policy – celebrates 50 years since its creation under the impetus of former French President Georges Pompidou, it focuses on a new mandate that puts human rights at the heart of drug policy.

Many Council of Europe member states are facing challenges with drugs. As we mark our 50 years, Portugal – which holds the Presidency of the Pompidou Group – marks 20 years since it decriminalised the personal possession of all drugs below defined quantities as part of a wider re-orientation of policy towards a health-led approach.

Before the change, the country faced more crime and health problems for users than other European countries, with an epidemic of drug abuse across the country in the 1980s. All social groups – from the affluent to the poor – were affected, with a record number in Europe of people dead from drug addiction.

What changed in 2001 in Portugal was to treat drug possession for personal use as an administrative offence, meaning that it has since no longer been punishable by imprisonment. It does not result in a criminal record and associated stigma.

Portugal still confiscates drugs, however, and possession could result in administrative penalties such as fines or community service. So, there is a difference between legalisation and decriminalisation.

Decriminalisation of personal possession turned out to be one part of broader health-centred drug policy reforms that focus on harm reduction and treatment provisions. Portugal accepts the reality of drug use rather than hoping that it will disappear because of repressive legislation.

The benefits of these reforms arise from both decriminalisation itself and the establishment of a wider health-based response to drug problems.

The outcomes speak volumes: Drug-related deaths have remained below the EU average since 2001. The proportion of prisoners sentenced for drugs has fallen from 40% to 15%. Fears of increased drug abuse resulting from decriminalisation have proven to be unfounded.

Rates of drug use itself in Portugal have remained below the EU average over the past two decades. The number of addicts has fallen.

It may be rather difficult to identify a causal link between decriminalisation in and of itself and such positive results, but what counts is the larger package: the most significant effect has been to allow the stigma of drug addiction to fall, to let people speak without fear and to pursue needed professional help.

Portugal was not the first country to decriminalise some or all drugs – and it has not been the last. The Portuguese model has been inspiring developments towards decriminalisation in several countries such as the 2020 decriminalisation measure passed in the U.S. state of Oregon, for example, and the draft law presented to the Parliament in Norway last Spring.

Here in Europe, Italy will likely decide whether or not to decriminalize cannabis in a referendum next year.

Only last week Luxembourg´s government announced that it will reform legislation to allow growing and using cannabis at home. Adults will be allowed to grow four cannabis plants per household exclusively for personal use. In addition, fines for drug possession will be drastically reduced, although consuming cannabis in public will remain illegal.

In all, there are 29 countries around the world, which have decriminalised to varying levels, and this number has been growing in recent years.

The Pompidou Group, with the diversity of its members, has no official stance on the issue of decriminalisation, but it will continue to play its role of a platform of cooperation and dialogue for discussing both health and criminal related problems associated with drug use and abuse.

As dangerous drugs like crack cocaine fuel new epidemics in Europe and elsewhere, we need to focus on the health system. Our motto “Save lives, protect people”, which we have used when we created a Covid-19 platform in 2020, is as valid today as ever.