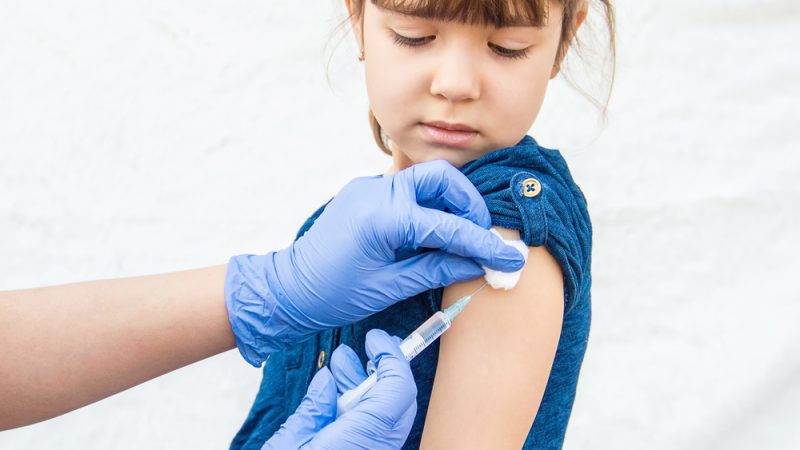 Despite the widespread availability of the MMR vaccination, measles is still among the world's most contagious diseases, writes Ulrike Sucher. [SHUTTERSTOCK]

Communicable diseases such as measles can spread incredibly rapidly, requiring protecting those who are more susceptible to illnesses. But the responsibility to immunise children rests not just with parents and vaccines don’t solely protect the person who receives them, writes Ulrike Sucher.

One of the greatest responsibilities we all share is to protect and nurture future generations, especially those who are more susceptible to illness and disease.

With the World Health Organisation (WHO) this month reporting record numbers of measles infections in Europe in 2018, the importance of vaccination programmes is brought into sharp focus, as we work towards immunising children across the world from preventable illnesses.

According to country reports, 82,596 people in 47 of 53 WHO European region countries contracted measles last year, with 72 people dying from the virus.

This is despite the fact that the previous year saw the highest ever rate of measles vaccination in the region, so it is clear that targeted interventions need to be carried out among communities and regions where gaps in immunisation persist.

Diseases can spread incredibly rapidly, especially when immune systems are at their weakest. As more people travel with greater frequency and over longer distances, vaccination programmes have become even more vital to the way we live and work.

Ensuring the widespread availability of these programmes benefits all corners of society, from the children receiving the vaccines, to their families and anyone they come into contact with.

The reality is that vaccines don’t solely protect the person who receives them. Most vaccine-preventable diseases are spread from person to person. If someone in a community contracts an infectious disease, he or she can spread it to others who are not immune, so the simple fact is that the more people who are vaccinated, the fewer opportunities a disease have to spread.

The Measles Mumps and Rubella (MMR) jab is typically administered to one-year-old children with a second dose a few years later. A full dose of the MMR vaccine is believed to be about 97 per cent effective at preventing measles.

Despite the widespread availability of the MMR vaccination, it is still among the world’s most contagious diseases, with the virus spreading in the air through coughing or sneezing.

Outbreaks across Europe tend to be fuelled by three key factors:

Raising vaccination rates is a complex process because it requires parental approval as well as government sanctions, together with the involvement and support of health insurance companies. One strategy is to make immunisation legally mandatory and to bring in rules which state that children are not allowed to attend school unless they can show proof of vaccination.

This can and has been done in a number of countries. In Italy, a new law was recently introduced requiring parents to vaccinate their children against measles and nine other childhood diseases. In California, an outbreak of measles at Disneyland prompted the U.S. state to change its laws to make it more difficult for parents to have their children opt out of being vaccinated, which ultimately led to higher rates of vaccination.

Meanwhile, in Australia, they have begun trialling the so-called ‘no jab, no pay’ policy which contains financial disincentives and incentives and sees patients who are less financially well off get access to family tax rebates if they keep their child up-to-date with their various vaccinations.

The responsibility to immunise children rests not just with parents. By working together, we can ensure future generations grow up safe in the knowledge that they’ve been offered the right protection when they’ve been at their most vulnerable.