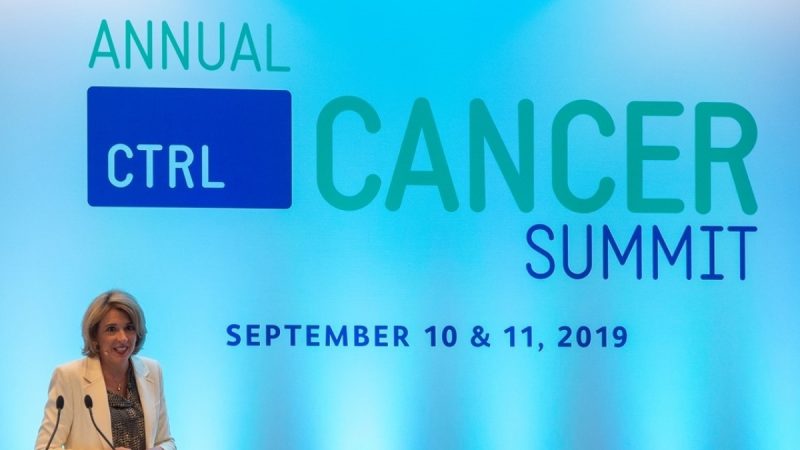 Despite encouraging advances in science and technology, cancer rates continue to rise across the world. The International Agency for Research on Cancer (IARC) estimates that one-in-five men and one-in-six women worldwide will develop cancer over the course of their lifetime, and that one-in-eight men and one-in-eleven women will die from their disease.[1]

Linda Gibbs is the Senior Director for Central and Eastern Europe in Pfizer Biopharmaceuticals Group/Oncology.

Even in developed regions such as Europe, cancer continues to place a significant burden on patients and countries across the continent[2]. According to the European Commission, cancer accounts for a quarter of all deaths and is the number one cause of death for people aged 45-64 in an increasing number of member states[3]. In particular, the inequality between countries in Central and Eastern Europe (CEE) and Western Europe (WE) is stark. In 2018, CEE countries reported the lowest incidence rates for cancer in males and females (280.1 and 216.5 million respectively) yet the highest mortality rates (171 and 92 million respectively) in comparison to the countries in Northern, Southern and Western Europe.[4]

These statistics can be attributed to varied levels of cancer control and preparedness among and within CEE countries. Furthermore, significant discrepancies in investment in health systems and infrastructure between the WE and CEE regions impede the adoption of advanced technologies and services available in WE.

From this view, it is clear that for any strategy to improve cancer survival in Europe to be effective, it must focus on addressing the evident inequalities present in the CEE region, with the advocation of National Cancer Control Plans (NCCPs) at its centre. This will not only help address the problems of today but also aim to reduce future burden, as there is a significant chance that there will be more problems in future if we do not address them now.

The extent of the disparity problem

At present, NCCPs are either not in place or not being implemented effectively across CEE countries. Of the CEE countries, 7 of 13 (54%) have not produced a NCCP and of countries that have produced an NCCP, many face problems in implementation[5].

The problem extends from diagnosis to screening and treatment. A 2019 patient survey found that in Bulgaria, 94% of patients reported their cancer was only detected after seeing a physician due to the suspicion of a problem whilst only 6% reported detection via a screening program for an unrelated health problem[6]. Similarly, this survey also revealed that only 47% of patients began treatment within 1 month of their cancer diagnosis in the Czech Republic, Hungary and Slovenia6.

Thus far, only 46% of CEE countries have implemented screening programs for cervical, breast and colorectal cancers[7] whilst Bulgaria and Slovakia are 2 of the 3 EU member states which lack a population-based breast cancer screening program[8].

To put these data into comparison with WE, the recent CONCORD-3 study found that five-year standardized net survival for rectal cancer tended to be higher in non-CEE countries across Europe from 2010-2014. For example, Norway reported as high as 69.2% and the lowest rate was from Malta with 56.1%. In comparison for CEE, Bulgaria reported as low as 45.9% and only one country, Slovenia, reported over 60%[9]. Similarly, non-CEE countries tended to have higher survival rates for breast cancer from 2010-2014. Notably, Iceland went as high as 89.1% whilst the lowest was Ireland with 82%. In comparison, the highest CEE rate was Slovenia with 83.5% whilst the lowest was the Russian Federation with 70.8%.9

How NCCPs can solve the problem?

The adoption of national cancer control strategies, supported by NCCPs, will be vital in reducing the considerable inequalities across the region by ensuring a more balanced and efficient use of resources for better prevention, outcomes and quality of life for cancer patients and survivors.

Across the CEE region, there must be a coalition of policymakers, politicians, patient organizations, the pharmaceutical industry and clinicians to improve the uptake and development of NCCPs. This coalition can be achieved via several means, firstly by improving cancer intelligence to inform an evidence-based approach to decision making and policy for affordable, high quality and equitable cancer control.

Investment in research, education and training to develop expertise and retain professionals in the clinical communities is also key, as well as developing and standardizing patient pathways and models of care that reflect patient needs and requirements. For example, the European Cancer Organisation (ECCO), have produced checklists and explanations of organizations and actions that are necessary to give high-quality care to patients. They are written by European experts representing all disciplines in cancer care and give an overview to oncology teams, patients, policymakers and managers of how high-quality care can be provided[10]. Finally, the enhancement of capacity building for patient organizations is also needed.

The value of such changes will be significant in my view, allowing genuine, meaningful progress towards better outcomes in cancer across the CEE region.

Key stakeholders realise this, and in the words of Professor Tit Albreht[11] – “It is vital that clinicians, policymakers, patient organizations and other stakeholders unite to ensure that we can improve cancer outcomes in CEE. Otherwise, we risk widening the disparity of care.”

There is much to be done in addressing cancer across Europe, ranging from prevention to survival. Reducing the inequalities that the CEE region faces can be a major contributor to helping address cancer across Europe. With an already existing disparity between CEE and the other regions of Europe, these inequalities must be urgently addressed with the adoption and development of NCCPs to ensure that no patient is left behind.

[11] Professor Albreht is Head of the Centre for Healthcare at the National Institute of Public Health in Slovenia.