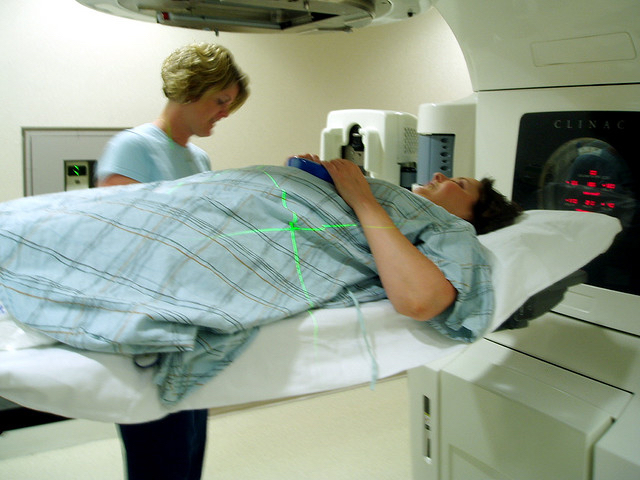 Mihaela Militaru is the director of the European Cancer Patient Coalition (ECPC).

One in three European citizens will experience cancer in their lifetime. In 17 out 28 EU countries, cancer is the number one killer. These simple stats make us understand the magnitude of today’s cancer epidemic, and what makes cancer a clear public health priority for the present and the future.

However, cancer is not one single disease; there are many types of cancers, not only in relation to the organ affected (e.g. breast, lung, etc.), but also in relation to the different biological makeup of the cancer – and how much do we really know about the rarer varieties? And more importantly, are we doing enough to ensure they get the attention they need?

Every year, 540,000 European citizens are diagnosed with a rare cancer, which represents 22% of all new cancer cases in Europe. Often, rare cancer means lower survival – according to the results of RARECARE published in the EJC in 2011, five-year relative survival rates are worse for rare cancers (47%), compared to more common cancers (65%).

Why is this the case? It’s due to lack of awareness from both the patients and physicians. Patients and doctors know little about the signs and symptoms related to rare cancers, which often leads late or incorrect diagnosis. It’s also difficult for hospitals to gain sufficient expertise in treating rare cancer patients given the relatively low number of cases each hospital faces every year.

For many rare cancers patients it can be difficult to have access to appropriate therapies and clinical expertise, due to the fact that there has been a limited number of clinical studies to find new drugs and treatments. Furthermore, pharmaceutical companies have little interest in developing expensive drugs, due to the relative small number of rare cancer patients.

Something has to be done to change this.

Over the past three years, ECPC has been involved in the Make Sense Campaign – a disease awareness campaign for head and neck cancer (H&N) run in collaboration with the European Head and Neck Society (EHNS). Head and neck cancers are the most frequent of all rare cancers, and affect over 92,000 people across Europe each year.

It is often very difficult to collect enough data on the outcomes of rare cancers, so H&N data is often used as an indicator for other rare cancer types. We know that for H&N cancer patients, prognosis is incredibly poor, with over half of patients not being alive five years after diagnosis.

With these figures in mind, ECPC and EHNS established the Make Sense Campaign in 2013 to increase awareness of head and neck cancer among both healthcare professionals (HCPs) and members of the general public, with the aim of improving patient outcomes.

The campaign runs across 14 countries, and centres on an annual awareness week each September where representatives in each country plan local awareness raising activities. The campaign has had a number of successes over the past two years including, most notably the launch of a Pan-European website available in 11 languages offering patients and HCPs information on the disease and the publication of two disease specific educational leaflets also translated into 11 languages.

Over 12,000 patients have been screened in 122 early diagnosis clinics across Europe resulting in a 10% referral rate and the first Patient Advocacy Group (PAG) Network established connecting ten PAGs.

However more is still needed.

The EU has played its part in fighting rare cancers, and the Commission in particular, has understood that they can have a very important role in harmonising the way we fight rare cancers in Europe, helping to decrease that unacceptable difference in survival rate between East and West.

Recently, the Commission launched the Joint Action on Rare Cancers, and initiated the implementation of the European Reference Networks. To ensure that these two initiatives will effectively change patients’ lives, ECPC has identified several fields of actions for the Commission to work on how to identify and disseminate, together with the scientific community, minimum standards of care for all rare cancers, including head and neck cancers.

The Commission should also find out how to quickly implement the European Reference Networks, ensuring rare cancer patients’ access to highly specialised excellence centres as well as how to promote clinical and translational research on rare cancers.

The Joint Action on Rare Cancers and the European Reference Networks can be crucial game changers for rare cancer patients in Europe. These are two opportunities not to be missed. To ensure their success, patients have to retain a central role in both initiatives.

ECPC, as the voice of 369 cancer patients associations, including many rare cancers groups, will offer all its support in helping to tackle the current inequalities in the treatment of rare cancers, and help shape the future of cancer care by promoting better research, education, and state of the art prevention, diagnosis and treatment.

On the week of 21-25 September, ECPC will celebrate the third annual head and neck cancer awareness week. We challenge you to test your awareness and understanding about rare cancers, and support us in making quality care for rare cancers not only a priority, but a reality, at the European level.