The Brief – A partnership for the next pandemic 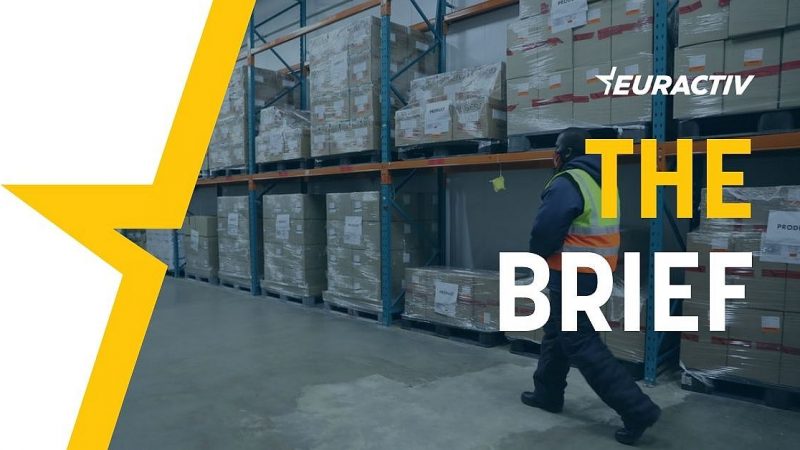 The agreement between the EU and UK-Swedish drug-maker AstraZeneca, which has agreed to deliver 200 million doses of its promised vaccine by March 2022, brings to a close one of the messiest and politically charged disputes of the COVID pandemic.

Having copped plenty of flak earlier this year for being slow off the mark to vaccinate their people, EU leaders are now standing on stronger ground. The European Commission said this week that 70% of Europeans have been double vaccinated.

The AstraZeneca case also shows how important it is to have your own supply chains and production capacity. Without them, you are at the mercy of others.

One of the consequences of the inequity of production and supply has been damage to the EU’s diplomatic relations with Africa. The Commission’s hopes of finalising a ‘strategic partnership’ with Africa and, indeed, the blueprint published by the EU executive in March 2020 have been derailed.

The Commission has, together with the US and UK, been accused of ‘vaccine nationalism’ from the global south, particularly African leaders. The criticism is largely fair. EU leaders have promised more than 200 million vaccine shots but fewer than 5% of them have actually been delivered.

At the same time, having taken such criticism in the early stages of the vaccine race it is not hard to see the EU’s political logic in making the vaccine supply of others a low priority.

Last month, the Commission found itself on the defensive over a contract with a South African plant to bottle Johnson & Johnson COVID-19 vaccines that would then be imported into the EU. The EU executive contended that the arrangement was part of the bloc’s project of investing in the development and production of vaccines in Africa.

The row is indicative of the mistrust in the air, as is the dispute on whether to waive the intellectual property rights on COVID vaccines.

In reality, the IP waiver, as demanded by India and South Africa at the World Trade Organisation, would not be a silver bullet. Developing manufacturing capacity and supply chains cannot be conjured out of thin air. Instead, the EU could make the biggest difference by facilitating that development.

At the German–hosted Compact with Africa summit last week, the EU indicated that it would help finance three vaccine manufacturing hubs across Africa, most likely in Senegal, Rwanda and South Africa.

German pharma giant BioNTech has indicated its keenness to start manufacturing malaria and tuberculosis vaccines, and potentially COVID jabs, at the sites in Senegal and Rwanda.

That is just the start of a long–term process, and one which will prepare Africa for the next rather than the current pandemic. Even so, African leaders have been asking for European support for domestic and regional manufacturing for years. It’s a role the EU should grab.

An international treaty used by polluting energy companies to claim compensation from governments who thwart their investments was ruled incompatible with EU law by the Court of Justice of the European Union on Thursday (2 September).

Annalena Baerbock is the first Green lead candidate in German history. But who is Baerbock, and what are her plans for Germany and Europe?

Renew Europe has denied that its Romanian member, the party of the group’s parliamentary leader, has entered into a pact with far-right political forces in an effort to bring down the government in Bucharest.

Renew Europe has denied that its Romanian member, from the party of the group’s parliamentary leader, has entered into a pact with far-right political forces in an effort to bring down the government in Bucharest.

As always on Friday, don’t forget to check out our Agrifood, Global, and Digital policy briefs.