The Brief, powered by Facebook — One continent, two pandemics 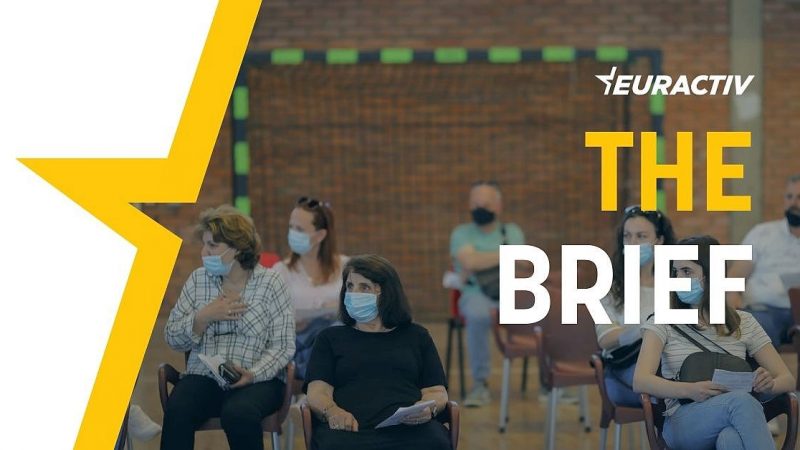 Perhaps it was just too good to be true. After a few months of relative normality, trips to the cinema, beers with friends and eating out, we are back to restrictions. In Austria’s case, a full lockdown.

The next couple of months seem likely to see a return to home working in order to allow desperate governments across Europe to avoid full lockdowns and save the Christmas festivities.

There was a grim sense of inevitability to the announcements by a handful of European governments that new COVID restrictions would be introduced as we head into the winter season.

However, it appears as though the continent is experiencing two very different pandemics. Countries with vaccination rates of around 70% and over are, in general, seeing higher infection rates but less acute hospitalisation rates and, in turn, less acute pressure on their health services.

In eastern Europe, meanwhile, Romania and Bulgaria have reported record numbers of daily coronavirus infections in recent weeks. Those two countries are the outliers in having fewer than one in three people vaccinated, but the seven EU countries that have vaccinated rates of 53% or lower are also seeing sharp spikes in hospitalisation rates.

By the time this round of restrictions is over, we will have endured two full years of pandemic.

But for countries with low vaccination rates, it is hard to imagine that there will not be more restrictions or lockdowns to prevent hospitals and health care systems from being overwhelmed unless or until vaccination rates improve. That will mean a major drag on their economies that will probably last well into 2022.

What is not clear is whether people will respect or accept a new wave of restrictions and whether they are legally sound, particularly if they predominantly affect those who have not received a COVID vaccine.

There is a clear medical logic to these selective lockdowns for the unvaccinated.

Those being hospitalised with COVID are overwhelmingly the unjabbed. The vaccinations are effective and people should be taking them. Anti–vaxxer myths and conspiracy theories are dangerous, and it is not unreasonable that those who refuse the jab should accept the consequences.

That said, there is something vaguely uncomfortable about governments requiring, as Austrian Chancellor Alexander Schallenberg has done, that all citizens must be vaccinated, by February in Austria’s case.

There is a strong argument to be made that getting vaccinated is a civic responsibility since by protecting yourself you are also protecting others. But to be a democracy is to have the right to choose. And therein is the devil: How far should you go in preserving the right to choose, if your choice may kill your neighbour?

As leaders have found during this pandemic, it has been easier to take people’s freedoms away than to give them back. Compulsory vaccination may be medically sound but it is morally dubious.

The EU Advocate General’s rejection of groundless data retention increases pressure on Germany’s Social Democrats (SPD), who are currently navigating the issue as a part of ongoing coalition negotiations. The new ruling could lead them to relent on their stance. EURACTIV Germany reports.

A new feed additive intended to reduce methane emissions from enteric fermentation of dairy cows has been considered efficacious by the EU’s food safety agency (EFSA).

The question of how COVID vaccines donated by wealthy countries are classified and priced could artificially raise the European Union’s development aid figures by billions of euros, EURACTIV understands.

As the heads of Gaia-X, a much-publicised European tech project, praised progress in developing a federated cloud and data ecosystem at a summit concluded on Friday, one of Europe’s biggest cloud providers has already jumped ship.

For the latest weekly update on digital affairs, don’t miss our Digital Brief.