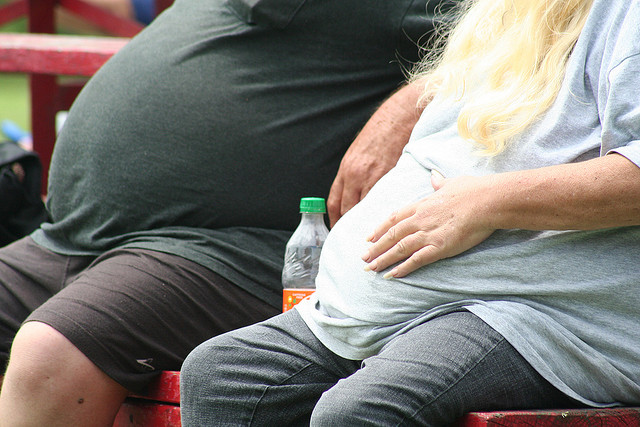 MEPs say the EU needs to focus on a healthy lifestyle for citizens, including physical activity. [Tony Alter/Flickr]

The Commission’s aims for better regulation of Europe’s economy go hand in hand with an improvement of the overall health of the European workforce, write Claudiu Ciprian T?n?sescu and Cláudia Monteiro de Aguiar.

Non-communicable diseases (NCDs) are the true silent killer of our time, responsible for 60% of global deaths. This number is so staggeringly high that all adult Europeans either know someone that is suffering from, or has died as a victim of, an NCD.

NCDs are not passed from person to person. They are of long duration and generally slow progression. The four main types of non-communicable diseases are cardiovascular diseases, cancers, chronic respiratory diseases and diabetes. A good example of the burden caused by these diseases is chronic obstructive pulmonary disease (COPD), which affects 15-20% of the European adult population over 40 years and causes over 300,000 deaths in Europe every year.

There have been a number of positive developments in the EU since the 2011 UN Political Declaration of the High-level Meeting of the General Assembly on the Prevention and Control of Non-communicable Diseases, which our European Parliament endorsed.

Examples of these are the ongoing implementation of the Tobacco Products Directive, the new proposal on the National Emissions Ceilings Directive, the investment of €8 billion for health research under Horizon 2020, and the establishment of the Scientific Panel for Health, which will have its first meeting on 21 January 2016.

Yet, more can and should be done. The practice of regular physical activity for example, is an important pillar for a healthy lifestyle. Its physical and psychological benefits for both healthy individuals and those already suffering from chronic conditions are widely known.

Recognising its importance, the European Respiratory Society and European Lung Foundation make physical activity the theme of their annual Healthy Lungs for Life campaign, to encourage members of the public to take the active option for better lung health.

In addition, the World Health Organisation’s (WHO) Regional office for Europe has recently launched its Physical activity strategy for the WHO European Region 2016 – 2025, which in WHO’s own words, aims “to inspire governments and stakeholders to work towards increasing the level of physical activity among all citizens of the European Region”.

We hope the European Commission will join the ERS/ELF and WHO in this call for action, and bring forward meaningful measures in this area.

The Commission must also give more support to the implementation of existing legislation, such as the Directive on patients’ rights in cross-border healthcare. Such an approach is in line with the Commission’s aims for better regulation and strengthening of Europe’s economy through an improvement of the overall health of the European workforce and society in general.

A concrete step in this direction will be the development of the European Reference Networks (ERNs) for rare and complex diseases, foreseen in Article 12 of this directive, as a way to improve access and provision of high-quality healthcare by concentrating resources and providing clear EU-added value. The EU should offer more core support and funding for the development of ERNs.

The Juncker Plan has successfully supported important initiatives in the area of health. Good examples of this are the investment, through the European Fund for Strategic Investments (EFSI), of €70 million in new primary care centres in Ireland, and the loan of €100 million to a company active in new health treatments research. We hope and expect to see many more actions through the EFSI.

In this area, the development of a European Investment Bank (EIB) initiative dedicated to supporting projects, which aim at tackling NCDs and promote the development of advanced healthcare, would be advantageous. Evidently, the use of European funds to support such initiatives must take into account the distinct realities of the different European regions, as is the case of the outermost regions, in order to ensure that all European citizens enjoy equal access to healthcare and opportunity for economic development.

As Bill Gates and other philanthropists prove, individuals are an important part in the fight for better health. Juncker’s plan allows for the empowerment of European citizens and companies, giving them the tools to contribute to a healthier and more prosperous Europe. In this, the development of a Digital Single Market plays a key role, as it brings people together and serves as a catalyser to the spread of innovation and information.

Therefore, we also need to unleash the e-health potential in the fight against NCDs.

NCDs continue to have an increasing burden on our society. Only a comprehensible framework on NCDs, which involves all policy areas, all stakeholders, and takes into account the specific realities and needs of the different regions within Europe, will successfully curb the threat that they pose to our health and our future.