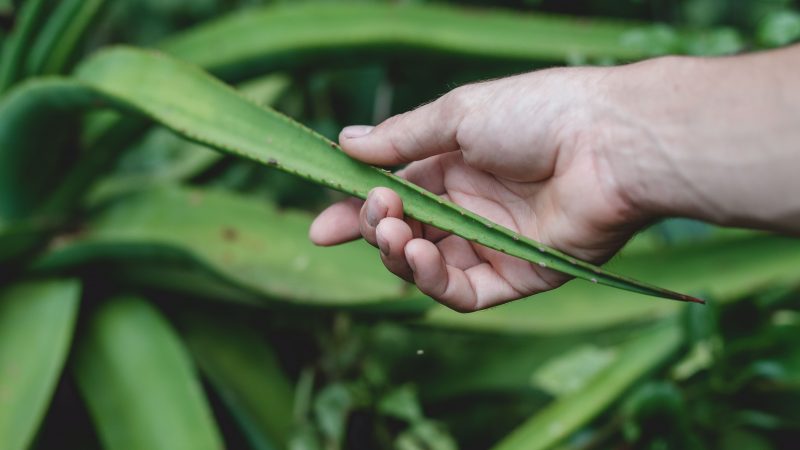 A ban of Aloe in food supplements could set a dangerous precedent for the use of natural products for health in the EU. Producers need to be given the opportunity to prove the safety of their products, writes Livia Menichetti from EHPM together with MEP Piernicola Pedicini.

Livia Menichetti is Director General of EHPM, the European Federation of Associations of Health Products Manufacturers representing the interests of the food supplement sector. MEP Piernicola Pedicini is member of the European Parliament’s Committee on Environment, Public Health and Food Safety (ENVI).

“Amidst increased marginalisation of natural products for health in EU legislation, the European Commission has hastily submitted a proposal to ban Aloe and other plants in food supplements for alleged safety concerns (SANTE/10860/2018rev.1).

If approved by the European Parliament, the ban would undoubtedly put all natural products at risk of prohibition, curbing consumers’ ability to use these healthy ingredients and force unnecessary medicinal and artificial ones instead.

In a time of extraordinary economic hardship, the potential ban is also detrimental to the food supplement sector, largely composed of SMEs, as the prohibition would lead to the loss of thousands of jobs in the EU. This would create an added burden further damaging an industry already faced with important challenges navigating the current Covid-19 restrictions.

Given the long history of safe use and the proven physiological benefits of Aloe, how legitimate are the European Commission’s safety concerns?

The proposal constitutes a restriction on substances, hydroxyanthracene derivatives, found in several plants such as aloe, rhubarb, lettuce, and many more. Aloe in food supplements would be fully banned whilst the other plants would be placed under scrutiny. Severely limiting the use of natural substances, this measure violates the principles of the European Green Deal.

The basis of the ban comes from the European Food Safety Authority (EFSA) 2017 opinion, in which it concluded that uncertainty around these products existed due to lack of data. However, these studies suffer from numerous scientific shortcomings and it would be unfair for EU regulators to use them as the basis of such a drastic change.

Recent clinical studies, notably the Italian Society of Toxicology, confirm the safety of Aloe food supplements. Yet, the European Commission failed to give EFSA sufficient time to consider these new studies and has instead rushed to a full ban. In addition, EFSA’s assessment was carried out on individual substances obtained by chemical synthesis, some of which are already known to be cancerogenic.

The ban would also create legal uncertainty and disparity in its implementation as the European Commission has been unable to indicate a validated analytical method for testing the presence of those substances. Having failed to come up with a validated method to establish a maximum safe intake level of hydroxyanthracene, national governments and laboratories would arrive to conflicting results depending on the different methods used.

It is also unclear why the food supplement industry has been singled out. If the substances found in these common plants were considered so unsafe to ban, wouldn’t all products containing these substances be treated similarly? Medicines, beverages, and other food preparations have not faced restrictions in their use of Aloe.

Considering the recent scientific studies refuting EFSA’s assumptions and the uncertainty in methodology, the European Commission needs to allow new scientific data to be submitted and evaluated before any decision on a more consistent scientific basis can be taken.

As a result, we have launched a campaign to bring awareness to the evident shortcomings of EFSA’s report and the European Commission’s procedural failures. We are intending to draw support through our #WeFightForNaturalHealth campaign and petition. The principal aim is to give producers a chance to prove the safety of their products and allow sufficient time for EFSA to evaluate the most recent studies.

European consumers have increasingly been turning to natural health products for remedies and to increase their overall wellness. Health consciousness has now become a priority for many, and Aloe based health products are well known and established. Guaranteeing availability and freedom of choice is essential given the growing consumer demand and important health benefits.

If the European Commission’s disproportionate measure led to a ban of Aloe and other plants, it would set an incredibly dangerous precedent for natural products in general and undermine natural health within the EU.

These products have been on the market for decades and have had no adverse events registered. Is the EU willing to bear this important health and economic loss?”