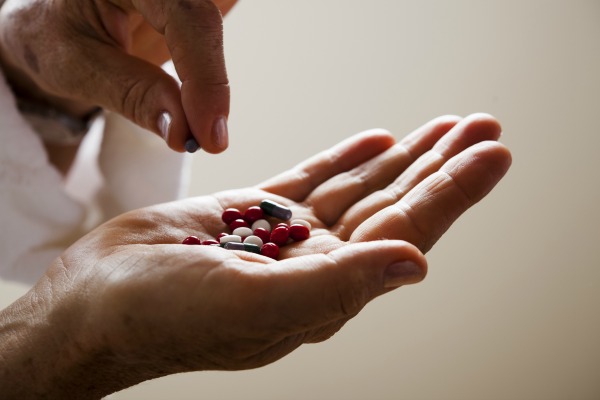 European citizens could end up paying more for new medicines and for a longer period of time, write Aliénor Devalière and Tessel Mellema.

Aliénor Devalière and Tessel Mellema are policy advisors at Health Action International, a civil society organisation that works to increase access to medicines and improve their rational use through research and evidence-based advocacy.

Some help us for a while. Some cure us entirely. No doubt, medicines—when they’re available and affordable—play a crucial role in helping us live better quality and longer lives than ever before. So, why, then, would the European Commission do anything that would risk citizens’ ability to access the medicines we need? Just look to the EU’s biggest trading partner across the Atlantic, or to the 220 pharmaceutical industry lobbyists in Brussels for the answer.

This week in Brussels, an American trade delegation is meeting, for the eighth time, with its EU counterpart to try and breathe new life into Transatlantic Trade and Investment Partnership (TTIP) negotiations.

The deal, which is primarily concerned with reducing regulatory barriers that often protect us, as citizens, from health, safety and other risks, hit an impasse last year, following the US’s insistence that investor-to-state dispute settlement (ISDS) be included in the deal. This mechanism is bad news for EU citizens because American pharmaceutical companies would be allowed to sue our national governments if they think their profits are being limited by government decisions.

ISDS concerns (and there are plenty of them) aside, there are many other good reasons to worry about TTIP from a public health perspective. Both the EU and US have strong track records of pushing measures that put pharmaceutical industry profits well above patient needs in other trade deals. As a result, no amount of assurance from the European Commission, which still refuses to release the TTIP negotiating texts, can or should change these concerns.

Under TTIP, European citizens could end up paying more for new medicines – and for a longer period of time. The agreement could be used to extend patent terms of medicines and increase data exclusivity periods for new biological drugs, meaning that cheaper generic versions would not be allowed on the market. So, while pharmaceutical companies would continue reaping sky-high profits from medicine monopolies, citizens would be left paying the price, either through increased out-of-pocket payments for medicines, or higher levels of taxation to sustain growing pharmaceutical expenditures within our already bleeding healthcare systems.

We could also see, given TTIP’s potential to bestow pharmaceutical companies with greater power over Member states’ drug pricing and reimbursement decisions  an influx of ‘me too’ drugs that offer no added therapeutic value over existing medicines, but at higher prices.

Member states’ exclusive competency to negotiate price cuts for medicines and/or medicine reimbursements based on a product’s cost effectiveness and added therapeutic value could be jeopardised. Without the freedom to tailor these policies, Member states will be unable to safeguard citizens’ long-term, sustainable access to affordable medicines. This would have dire consequences for our health.

TTIP could also endanger the EU’s recent achievements in clinical trial data transparency. If, as feared, trade secret protection is included in the agreement, the pharmaceutical industry could keep important clinical trial data from being released to external researchers. The re-analysis of this data is integral to drug safety and efficacy.

It helps researchers uncover potentially harmful and yet-to-be identified side effects of medicines. It also helps determine whether a medicine is really any good, or just another ‘me too’ drug. Limiting access to clinical trial data under TTIP could cost each of us dearly, both in monetary terms as we’re forced to pay for more unnecessary drugs that make it to market, but potentially even worse—with our health.

Europeans deserve better. We should have the right to know what is being negotiated under TTIP and to choose what goes in, and stays out, of our trade deals. As citizens, we need to work harder than the US trade delegation and the EU’s €40-million-a-year pharmaceutical industry lobby to convince our governments to protect our health, including our right to safe, effective and affordable medicines. The EU, meanwhile, can and should do better. It’s time for our government leaders to show political courage and rid TTIP of ISDS.

We need them to put patients ahead of pharmaceutical industry profits and support generic competition. It’s imperative that they truly back open access to clinical trial data that protects our health. We shouldn’t accept an EU trade policy that is satisfied with anything less. Trading away citizens’ access to medicines is just too costly.