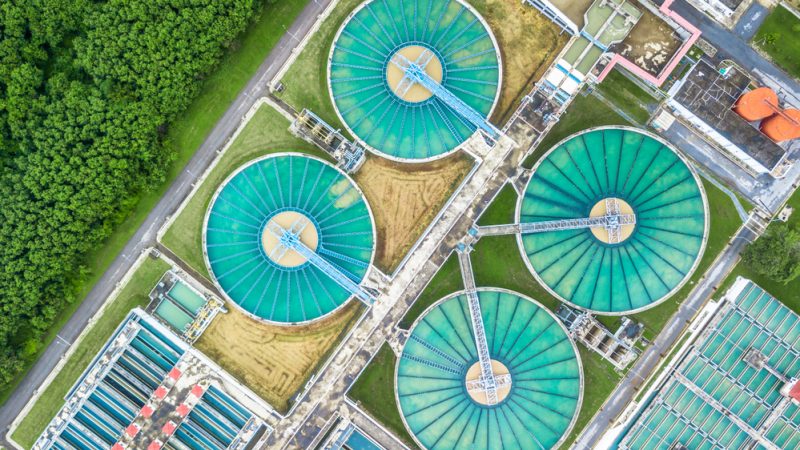 In the quest to control the pandemic, our best defense might be flowing underground.

According to Science magazine, researchers in Paris spent several weeks this year sampling sewage for SARS-CoV-2, the virus that causes COVID-19. In Germany, CNN reports that microbiologists are checking wastewater from large urban areas to detect the novel coronavirus. And across the United States, scientists are beginning to test community sewage systems weekly for SARS-CoV-2.

As public health officials try to get the upper hand in this pandemic, early research indicates that testing wastewater from local sewer systems for SARS-CoV-2 could help communities detect COVID-19 outbreaks.

Early stories from across the globe

Virologist Sébastien Wurtzer works for the Paris public water utility, Eau de Paris. On April 17, he and his colleagues posted a study on medRxiv called “Evaluation of lockdown impact on SARS-CoV-2 dynamics through viral genome quantification in Paris wastewaters.” Although their preprint article had not yet been peer reviewed, the researchers’ work still sparked hope.

From March 5 to April 23, they performed a quantitative analysis of SARS-CoV-2 using RT-qPCR on raw wastewater samples collected from major treatment plants around Paris. “We confirmed that the increase of genome units in raw wastewaters accurately followed the increase of human COVID-19 cases observed at the regional level,” the researchers wrote. “As a conclusion, this work suggests that a quantitative monitoring of SARS-CoV-2 genomes in wastewaters should bring important and additional information for an improved survey of SARS-CoV-2 circulation at the local or regional scale.”

Sewer monitoring for SARS-CoV-2 has several potential advantages over other detection methods, Science magazine reports. One benefit is its lower cost when compared to COVID-19 testing for individuals. When paired with computer modeling, sewer sampling could make it possible to estimate the actual number of infections in a sewage system’s catchment area, biomedical engineer Zhugen Yang told the magazine. This sampling method could also reveal infections in asymptomatic populations.

In Leipzig, Germany, microbiologists from the Helmholtz Center for Environmental Research are leading a study that observes the spread of SARS-CoV-2, which entails sampling wastewater from sewage treatment plants that serve the country’s largest urban areas, CNN reports. “Sewage contains remnants of the virus from human feces,” the news outlet explains. “If those concentrations suddenly jump, sewage plants would detect that and alert authorities to take action and begin targeted testing of the area in question.” If all goes well, nearly all of Germany’s sewage plants will get detection systems informed in part by this study.

The KWR Water Research Institute in the Netherlands developed its own method for monitoring sewage for the presence of SARS-CoV-2. The preprint results from its research were published in medRxiv in late March. Since then, its researchers collaborated with the Dutch National Institute for Public Health and the Environment and concluded that “RNA traces of the coronavirus were indeed present in the wastewater.” After the water went through the treatment process, it no longer contained traces of SARS-CoV-2. Now, according Dutch Water Sector, as of September 1, all 323 wastewater treatment plants in the Netherlands will be required to test daily for SARS-CoV-2 RNA.

Several key challenges remain with this type of testing, however.

German scientists told CNN that it can be difficult to scale down the volume of wastewater to get enough virus RNA for extraction. And despite its cost advantage, wastewater testing could still be difficult to fund in economically hard-hit areas, Penn Live notes. However, the Centers for Disease Control and Prevention has offered reassurance to researchers that standard practices already in use in water treatment plants should adequately protect workers from any health risks from SARS-CoV-2 in wastewater, according to a report by the Water Research Foundation.

Still, researchers and public health officials remain optimistic about this method’s potential. In a pilot study conducted by Utah’s three major research universities in the US, a viral surge was discovered in two cities’ wastewater supplies the week before their caseloads “exploded,” the Salt Lake Tribune notes. Testing wastewater regularly for SARS-CoV-2 could serve as an early warning system, which may help communities discover hidden hotbeds for the virus and take steps to prevent new COVID-19 outbreaks.