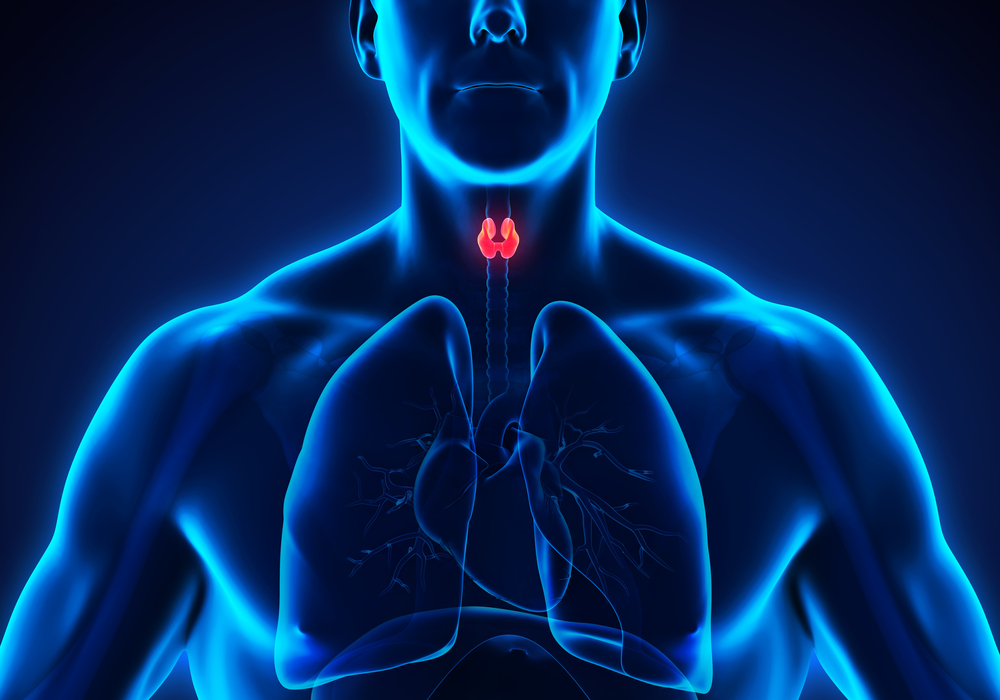 The thyroid gland (pictured) plays an important role in the endocrine system. [Shutterstock]

This opinion was penned by Christopher J. Borgert, Daniel R. Dietrich, Gio Batta Gori, Terry F. Quill, et al. These and other Scientists for Scientific European Commission Regulation support the views expressed below, as well as Borgert’s comment to the European Commission about its criteria for identifying EDCs.

By relying entirely on the World Health Organisation’s International Programme on Chemical Safety definition, a key element that would allow practical implementation of the Commission’s proposed criteria has been omitted: potency.

Ironically, some who advocate the precautionary principle oppose including potency even though it is the key to ensuring the precautionary identification of EDCs.  A brief background explains how the politics of endocrine disruptors are preventing a solution based on well-established science.

As early as 1996-1998, during deliberations of the Endocrine Disruptor Screening and Testing Advisory Committee (EDSTAC) in the US, some scientists argued that a lack of endocrine potency should not prevent the United States Environmental Protection Agency (EPA) from testing a chemical for endocrine disruption.

Their assertion was that any interaction of a chemical with the endocrine system could cause an adverse effect under some conditions. They also argued that there should be no requirement to identify or demonstrate the adverse effects that such a chemical might produce, since adverse effects could be subtle or not yet discovered.

That approach left regulatory agencies with little to rely upon for regulating chemicals: no requirement for evidence of adverse effects and no requirement that chemicals interact strongly enough with the endocrine system to produce effects.

In the decades since those first debates over potency and adverse effects, a consensus has grown among most scientists that to be classified as an EDC, a chemical must produce an adverse effect as a consequence of its interaction with the endocrine system.

The adopted definition and the newly proposed Commission criteria require it. However, those criteria provide no objective way to link the endocrine interaction with the adverse effect.

The reason for that deficiency seems to be that during a meeting convened by the German Federal Institute for Risk Assessment aimed at reaching a compromise between scientists with opposing views on the topic, this omission was necessary to gain support from those who continued to argue that potency evaluation is too complex to include as a criterion and would limit the number of chemicals that could be identified as EDCs.

But potency evaluation is not only possible and practical, it is so powerful and reliable that it is the pharmaceutical industry’s chief means of selecting hormonally active drug candidates for therapeutic use and excluding low potency chemicals with no potential to produce endocrine effects.

By evaluating the strength of a chemical’s interaction with the endocrine system, it can be determined with great accuracy whether the chemical could produce any effect – either beneficial or adverse – in humans.

Inferring the potential for adverse effects based on potency evaluation is much more efficient than the alternative means of linking adverse effects with an endocrine mode of action: extremely large toxicity studies in which the chemical is administered at several doses, with and without a second chemical that blocks the interaction with the endocrine system. Such studies are expensive, require months to complete, and involve excessive numbers of laboratory animals.

There’s a much better way. Because potency is the basic operating principle of the endocrine system, it provides the critical link between an endocrine mode of action and an adverse effect.

High potency allows the endocrine system to distinguish hormones that convey critical biological signals from the numerous other chemicals occurring naturally in the body that interact with it inconsequentially due to their low potency.

High potency also distinguishes exogenous chemicals that can mimic hormones or interfere with their action from low potency chemicals that merely interact with the endocrine system without altering its function.

For example, low potency is the reason that essential fatty acids and most phenols found naturally in fruits and vegetables lack physiological oestrogenic effects even though they interact with oestrogen receptors.

By making potency comparisons to natural hormones, natural components of the human diet and human pharmaceuticals – much the way the endocrine system seems to distinguish molecules that convey biological information from the other molecules in circulation that interact inconsequentially with hormone receptors – regulators have the ability to distinguish chemicals with the potential to produce adverse effects as a consequence of endocrine activity from those that do not.

This can be done without excessive use of animals, and as a matter of policy, the potency level considered relevant for potential adverse effects can be set conservatively to afford an appropriate level of precaution.

Potency comparisons are not only used by the pharmaceutical industry, their use in regulatory decision-making has also been proposed in published articles and presented at scientific meetings.

Potency comparisons were used by EPA in its weight of evidence determinations regarding the endocrine potential of 53 chemicals screened in its Tier 1 battery of assays, and potency evaluations are incorporated into the algorithm the Agency uses to evaluate data from its EDSP-21 program for prioritising chemicals for endocrine screening.

The system has been validated against data from animals and the EPA suggests this system is sufficiently reliable to replace some of the animal studies in its current Tier 1 battery.

Although some argue that the Commission’s proposed criteria will fail to identify EDCs because evidence for a causal link between an endocrine mode of action and adverse effects in humans is unattainable, such a link will be difficult to make only because the proposed criteria relegate potency to a post-hoc role in dose-response characterisation, thus eliminating the most efficient way to reliably identify EDCs.

Instead, the evaluation of potency is necessary in the hazard identification phase because it provides the necessary link between adverse effects and an endocrine mode of action.

To resolve this problem, the Commission needs to make only a small change in its second criterion for a chemical to be considered an EDC: (2) “it acts through an endocrine mode of action with sufficient potency to alter human endocrine function, as established by potency comparisons to human hormones or human pharmaceuticals.”

This would provide for reliable identification of EDCs without requiring direct human data on each chemical or unnecessary, expansive studies in laboratory animals.  It’s time to suspend political posturing so that established science can prevail in this regulation.

3 responses to “Endocrine disruptors: science is more potent than politics”