Western Balkans and Europe in times of COVID-19 pandemic 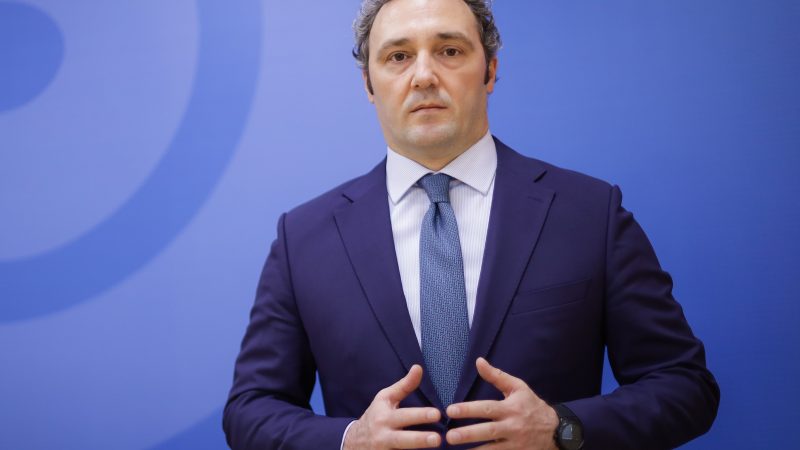 The COVID-19 vaccine race is a historic example of what scientific research can achieve, but it has also highlighted the political challenges of tackling a global health crisis.

For the EU, the vaccine rollout is a political test not only within its borders, but also in its neighbourhood. While many European countries started their vaccination campaigns as early as December 2020, candidate countries in the western Balkans are still waiting for their first jab.

The stakes could hardly be higher. As a doctor and former Deputy Health Minister of Albania, I am concerned that the European continent will be limited to partial immunity if the western Balkans are not vaccinated at a faster rate. The EU’s pledge to allocate 70 million euros to the vaccination of the six countries of the bloc is a step towards the right direction. The EU is also the largest contributor to the WHO’s COVAX mechanism which will support vaccination delivery in the Balkans and other less privileged countries around the world.

Yet, without further support, the western Balkans would still lag far behind. In fact, in the entire first two quarters of 2021, Albania is only set to receive 141,600 doses from the COVAX initiative, Bosnia and Herzegovina 153,600, and Montenegro 84,000. These are hardly enough to cover the most vulnerable parts of the countries’ populations, let alone achieve herd immunity.

The Balkans need Europe more than ever and it is vital to all work together to increase cooperation and coordination to ensure greater support from our European partners. This, however, does not mean that we simply have to make requests and wait for help to arrive; this is a moment of responsibility and at national level, we need to do the best we can in our countries to protect our people during these troubling times.

Unfortunately, in Albania – as in many parts of the world – this pandemic has accentuated the underlying conditions of our state governance and healthcare system. The challenges to the country’s health infrastructure were already grave – the capacity for testing, tracing and treating is limited, and many doctors and nurses have left Albania for better opportunities elsewhere in Europe. A national COVID-19 management strategy is still lacking and we have had little transparency from the government about the existence or not of an agreement with vaccine production companies; politicians and voters alike are in the dark. This lack of transparency and information sharing has eroded public trust, a key element for any vaccination campaign to succeed.

To turn a page, it is vital to ensure the coordination and support of the EU. But it is equally vital, to demonstrate leadership and determination and offer our people a concise strategy and exit plan out of this grave situation. We must act quickly, the consequences of delays must not be underestimated. Beyond the tragic human cost of lives lost, lockdowns and other restrictions will continue to impact local economies and impoverish populations. The loss of freedom of movement, trade, cultural exchanges, work and education opportunities will cost us dearly – especially our youth.

We can still turn this challenge into a historic opportunity for the western Balkans to strengthen our relationship with the EU and promote healthcare, economic development, and stability in our countries for years to come.  We as humans need to work together; as John Donne put it: “No man is an Island… if a clod be washed away by the sea, Europe is the less.”

Dr. Bardh Spahia is a former Deputy-Minister of Health of Albania and a surgeon who lived and worked in Italy for several years. In 2005, following a request to return to Albania to improve the health system, Dr. Spahia left his job as a surgeon in Italy to return to Albania where he later served as Director General at the Ministry of Health before being appointed Deputy Minister of Health. Dr. Spahia was subsequently appointed Secretary General at the Office of the President of the Republic. He has also served as Vice President of the Albanian Parliament’s Health Committee and was Head of the Democratic Party’s Department of Emigration and Diaspora in the World.