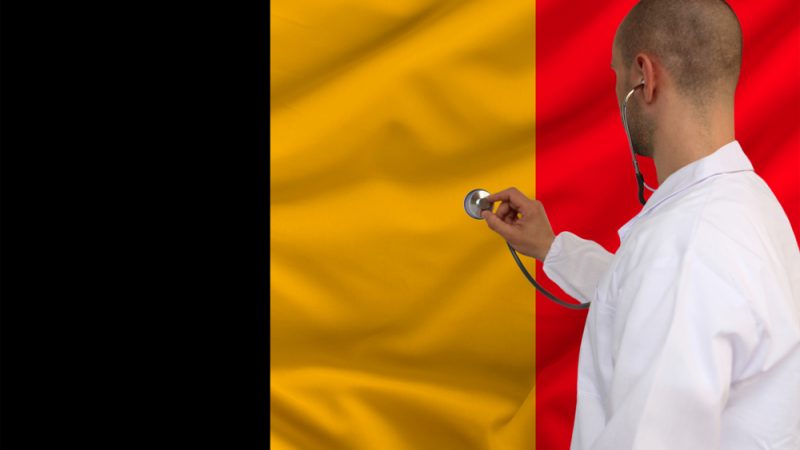 Compared to Germans, Belgians have access to 40% fewer medicines, for which they still have to wait 3 times longer despite the considerable efforts done by Belgian Health Minister De Block in this respect. [Shutterstock]

In art, Belgium is internationally recognised as the land of surrealism, where reality and dreams are intertwined to offer a new perspective on the world. Life sciences is another Belgian specialty and a major historical export product, a group of authors write.

With more than €3.6 billion, 2018 was an absolute record year for investments by biopharmaceutical companies. This translates into €43 billion worth of export, 11% of Belgium’s total, and a positive trade balance of more than €6 billion, far more than the amount that the national health insurance pays on reimbursing medicines.

The industry is a net contributor to the Belgian economy. Thanks to the right incentives, government and industry enabled the emergence of a solid and creative Belgian biotech scene. In science, as in Arts, Belgians proved they can dream big.

Unfortunately, the dream stops here. All too often, legendary Belgian surrealism has turned into delusion. While Belgium did everything right to stimulate research and development in the latest breakthrough drug areas, pharmaceutical companies find it increasingly difficult to get these innovations to patients. And that is a problem.

Compared to Germans, Belgians have access to 40% fewer medicines, for which they still have to wait 3 times longer (EFPIA) despite the considerable efforts done by Belgian Health Minister De Block in this respect.

Interestingly, one cannot blame Belgian policymakers for lack of action. In 2010, Minister Onkelinx pioneered the introduction of risk-sharing agreements to facilitating access to innovative treatments faced with clinical uncertainties. In the meantime, these kinds of risk-sharing conventions have been introduced in all but two EU-countries.

First, some companies may have behaved aggressively in the past, casting a shadow and a veil of suspicion over the sector as a whole. Second, drugs are increasingly targeting very small groups of patients, sometimes with a specific genetic profile.

This means that R&D is becoming more complex while the investment must be recovered from a much smaller group of patients. This translates into more complicated reimbursement dossiers, higher prices and more complex agreements between companies and health authorities, leading to longer negotiations.

Third, we are assessing and financing tomorrow’s healthcare technologies with yesterday’s methods. The arrival of breakthrough treatments – sometimes potentially curative – does not only disrupt the way patients can be treated. It should also disrupt the way innovation is valued and can be financed.

We fear that the growing gap between a visionary investment policy on the one hand, and lagging access policy on the other in Belgium and other member states, will eventually take its toll on the ability of new and highly innovative companies to emerge.

Belgium’s ecosystem is vibrant but is in need of a more comprehensive strategy towards life sciences. Other emerging life sciences ecosystems – such as that in the Netherlands – would equally benefit from such an approach.

The biopharmaceutical sector should be prepared to admit its mistakes and do its part in developing the best cures for patients. And it should also actively contribute to the policy thought process around the following 3 axes. First, policymakers and biotech leaders should negotiate a budgeted multi-annual pact.

Second, international collaboration in areas such as horizon scanning must be encouraged and involve all relevant stakeholders.

Third, those countries that invested in creating a competitive life sciences ecosystem should also position themselves as Europe’s “sandboxes for regulatory innovation” by introducing new access and reimbursement models for groundbreaking drugs to complement their industrial policies.

“To be a surrealist”, the master René Magritte himself wrote, “means barring from your mind all remembrance of what you have seen and being on the lookout for what has never been.”

If Europe and wants to remain avant-garde in biopharmaceuticals, we will need some of that ancient recipe: an attitude where dreams take root in reality and materialize thanks to our creativity and scientific and policy excellence. The patient will benefit if we prescribe ourselves a shot of some good old Belgian surrealism.

One response to “What European patients need: a shot of some good old Belgian surrealism”