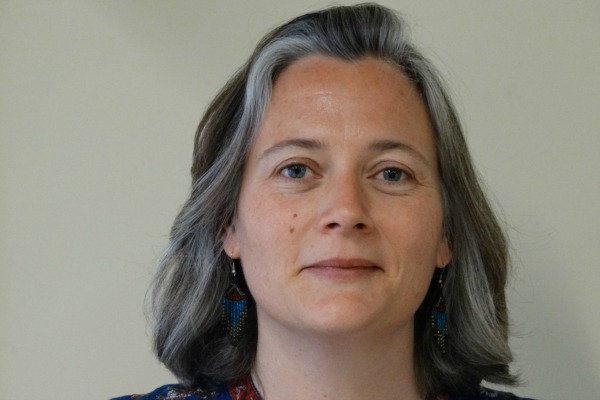 The decision to move dossiers relating to public health to the commissioner responsible for enterprise and industry is seriously ill-advised, writes Emma Woodford.

The public health community has reacted with alarm and disbelief at the ill-thought out decision of Jean-Claude Juncker, president-elect of the European Commission, to move the governance of key dossiers relating to public health from the commissioner responsible for health and food safety to the commissioner responsible for enterprise and industry.

This new distribution of responsibilities amongst the in-coming European commissioners is in direct contradiction to the need for a coherent and unified health policy within the European Union.

This move itself is not only seriously ill-advised, it was also taken behind closed doors, in isolation from relevant civil society and other key stakeholders in Brussels and EU member states. The decision was announced without any explanation in Mr Juncker’s statement where he unveiled the composition of his proposal for the College of Commissioners.

An announcement of portfolios that actually came after the deadline for written questions in the Parliament, inhibiting the European Parliament’s prerogative of scrutiny. The move is also happening when two crucial pieces of legislation are being negotiated – the new regulations for medical devices and in vitro diagnostics.

While putting the public interest behind the drive for profits in drug authorisation procedures, other serious potential repercussions relate to the undermining of Europe’s ability to prepare for major health crises and health threats.

Health technology and pharmaceutical policy was transferred to the health commissioner in 2009 to, among other reasons, facilitate emergency preparedness (in response to the emergence of H1N1 and the alleged inability of DG Enterprise to provide the necessary leadership and coordination of vaccines). It was also supposed to harmonise pharmaceutical governance along the lines of Europe’s member states, all of whom manage pharmaceutical policy under their Ministries of Health.

Tightening coordination between national health authorities in the case of major health crises such as outbreaks of infectious diseases, food safety scares, biological or chemical terrorism, and health threats arising from climate change is a priority for, and a mandate of, the newly nominated health commissioner (as set out in his mission letter). With the allocation of medicines needed to manage such outbreaks with the commissioner for enterprise and internal market rather than health, there is a strong risk that market objectives will take the lead over immediate health concerns.

With the responsibility for pharmaceutical and medical devices policies removed from the commissioner for health and food safety, the nominated commissioner-designate has effectively been deprived of a fundamental instrument to protect the well-being and health of everyone living in Europe. Pharmaceutical policy is an integral part of public health policy making. Medicines form a major part of prevention and treatment measures and are therefore of key importance in safeguarding health.

Access to safe, effective and high quality medicines should be a key cornerstone of Europe’s healthcare systems. Medicines are a core component of our public health systems and in many member states, represent an important expense for patients, more so when it comes to novel drugs. A case in point is Gilead’s outrageously expensive Sovaldi Hepatitis C treatment. With the regulation of drug authorisation policies falling under the remit of a directorate who prioritises market concerns over public interest, drugs pricing will become even more detached from people’s needs.

Patients deserve and require the best unbiased information possible. This needs to be regulated as a part of a larger health policy without industry interference and under the guidance of health care professionals and researchers. Juncker’s decision to place pharmaceutical policy within a portfolio which sole mandate is to maximise the industry competitiveness also puts at risk the most basic right of patients.

When it comes to the provision of an adequate, independent and unbiased information to patients should be a minimum requirement for sustainable health systems. Previous experience with the directive on information to the general public on medicinal products subject to medical prescription demonstrated the difficulty of providing information that must be reliable, comparable, objective and user-friendly when the main policy consideration was increasing sales.

Medicine regulation needs to be patient driven. The move back to the commissioner for internal market and enterprise goes in the opposite direction and places medicines well and truly in the heart of “the market” instead of being a priority for the health and well-being of all.

This week the public health community voiced its concern on this regard to Mr Juncker in an open letter where 30 health and consumer organisations urge him to rethink this decision and keep pharmaceutical policy under the health portfolio.

When Juncker was approved by the European Parliament as President-elect of the European Commission, it was under the promise that he would do his upmost to restore the trust lost by millions of people in the European project.

Prioritising the business interests of the pharmaceutical industry at the expense of people’s health does not seem like a step in that direction.