With benefits of modern life at an all-time high, why are we all so anxious? 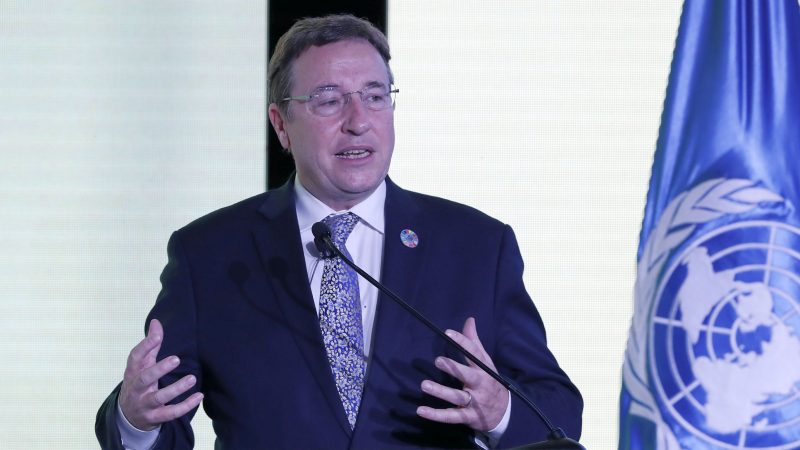 Despite global wealth hitting an all-time high, people feel increasingly insecure in almost every country, including the countries with high levels of human development. Achim Steiner explains why we are so anxious and what should be done.

Achim Steiner is the administrator of the United Nations Development Programme.

No matter where you live in the world, the past 30 years of global development have brought extraordinary changes.

People are on average living longer, literacy rates are up, and the world is in many ways a healthier and wealthier place. But six out of seven people worldwide are feeling insecure, according to a new report by the United Nations Development Programme (UNDP).

Despite global wealth hitting an all-time peak, people’s sense of safety is low in almost every country, including the countries with high levels of human development. For instance, in Europe and North America, almost three out of four people feel insecure.

This may seem unremarkable. After all, the trauma the world has experienced in the last two years is palpable. But the data show that people’s feelings of insecurity were high even before the COVID-19 pandemic, meaning the current threats we face are only part of the story.

Underpinning this distress is the uncomfortable truth that humanity’s aggressive pursuit of progress, or progress at any cost, is failing to translate into a safer world today while driving the dangers of tomorrow.

Consider the world’s failure to tackle the climate crisis seriously. New UNDP forecasts show that 40 million people could die directly due to changes in temperatures before 2100.

But no country has achieved a high level of development without putting significant pressure on our planet, which means the increasing storms, heatwaves and zoonotic diseases we see now are part of the price we must pay for our current approach to development.

This is the reality of the epoch of humans – or the ‘age of the Anthropocene’ – and as our planet goes on life support, it is some of the world’s most vulnerable people who will be endangered the most.

COVID-19 is another powerful example. While the global response to the pandemic was swift in many ways, it was also marked by a widespread lack of coordination and glaring disparities in vaccine access.

All of which have exacerbated the crisis and weakened the ability of our systems and institutions to keep us safe. In 2021, as the world recorded the highest global GDP in history, global life expectancy at birth declined for the second year in a row.

Suddenly, the notion that economic progress enhances personal security – which many had taken for granted for so long – is no longer a given.

And so, we – the most developed, the most highly connected, and arguably one of the most anxious generations – must carve a new pathway. The human security concept, introduced in 1994, argued that human security is not just territorial. It is about people’s lives.

Protecting the security of people and the planet can only be achieved by nations acting together in solidarity. Countries and communities must work much more closely to realise a more secure future for all.

Because where you live will not prevent global temperatures from rising nor the next COVID-19 variant from crossing borders.

Global threats, by their very definition, ultimately affect everyone. From adopting the Sustainable Development Goals and the Paris Agreement for climate action through to the global COVAX programme to drive forward vaccine equity, we have seen the potential of collective power when countries come together to find solutions to some of the world’s most impenetrable problems.

And while these global endeavours have yet to generate the magnitude of action needed for the scale of the tasks we now face, they are anchored in this sense of solidarity that provides a roadmap for addressing our 21st-century crises.

In many ways, humanity’s current anxiety crisis is entirely one of our own making. The extent to which we can overcome it will hinge on a broader recognition of our common fate on a planet undergoing dangerous changes due to our actions.

We must wake up to the fact that the security of humanity is inextricably tied to the security of the planet, we must redefine what human progress actually means, and we must empower all countries and communities to play their part in the future of human development.