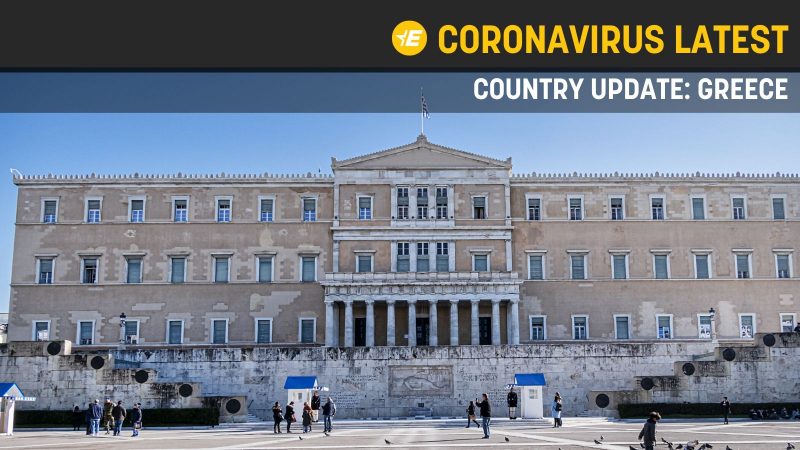 This comes after the Greek government announced at the start of July steps that tourists need to take in order to travel to Greece. First of all, they need to complete a special online form at travel.gov.gr at least 48 hours before travelling.

The data will then be evaluated by a team of experts based on risk criteria such as the country of origin, health records and the countries to which a person has travelled. Through this, the government aims to have “targeted” sampling of passengers.

If all the necessary information is completed, the visitor will receive a special barcode within 24 hours. Travellers will have to show this to the Greek authorities upon his arrival in the country and so they will know who should be checked further.

Anyone who is positive will be quarantined for 14 days.

Meanwhile, as of 1 July, Greece intends to open its borders to all EU countries unless there are “unpleasant surprises”, Greek PM Kyriakos Mitsotakis has said, adding that health protocols should be strictly applied.

Before, Greece announced it would open its country on 15 June to tourists from countries with similar epidemiological situations. These countries include Germany, China, Denmark, Austria, Bulgaria,  Romania, and the Czech Republic.

It had also announced that tourists from so-called ‘blacklist’ countries, such as Belgium, France, Italy and the Netherlands could enter from 1 July, although half of the flights’ passengers would have to undergo sample testing.

Meanwhile, the Greek statistics office announced yesterday (4 June) that the economy’s recession for the first quarter of 2020 was 0.9% while the EU average was 3.8%. The figure is encouraging for the country; however, tourism, which is its main industry, will be put to the test this summer. 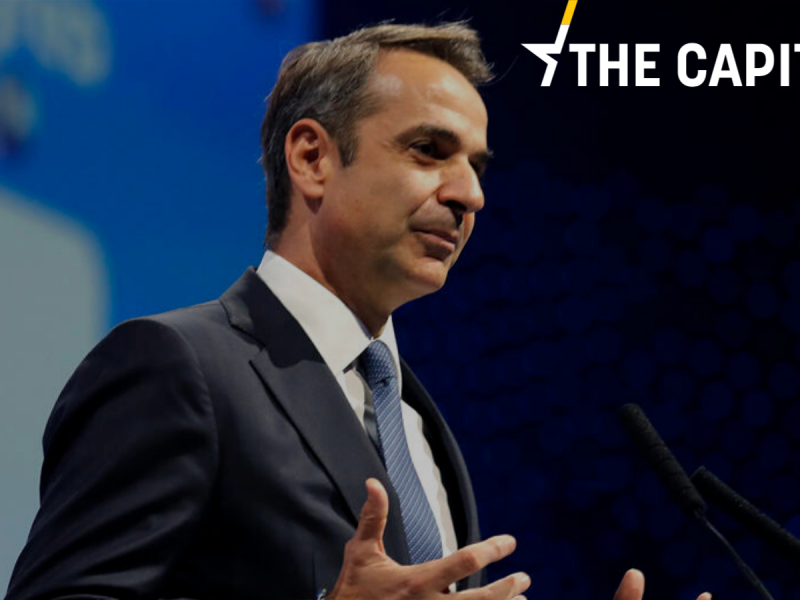 On 14 March, authorities ordered seasonal hotels and tourist facilities to remain closed from 16 March until 30 April.

For people arriving on international flights, including Greek nationals, the government imposed a mandatory 14-day self-quarantine on 16 March. This was extended until the end of May, the Civil Aviation Authority said on Monday (18 May), AMNA reported.

International passengers land at Athens International airport only and have to take a COVID-19 test upon arrival. If the test is positive, foreign nationals are denied entry to Greece.

On 23 April, Greek Prime Minister Kyriakos Mitsotakis called on the European Commission to come up with a plan to resume travel “as soon as possible”, according to Greek government sources. Speaking at the EU Council, Mitsotakis reportedly said the EU single market is not there only to serve the free movement of goods but also of people.

On 12 May, Tourism Minister Charis Theocharis told Deutsche Welle on 12 May that if the European Commission’s much-awaited recommendations on tourism for the summer turn out to be “light”, Athens is ready to go its own way. “If it is [the proposal] light, Greece will push for specific measures through bilateral agreements with other countries, as has already been announced. It is very important to restore air travel,” he added.

So far, the government has been working on a series of measures to save the summer season.

Rather than consider EU agreements, Athens has been exploring the possibility of interstate agreements with countries that have good performance in controlling the pandemic, such as Israel, Cyprus and Austria. The deals will focus on the way their citizens would travel to Greece, it was reported by the Kathimerini newspaper at the start of May.

Speaking to CNN, Prime Minister Kyriakos Mitsotakis stressed that in the best-case scenario, Greece will launch the summer season as of 1 July.

To prepare for the summer season, Greek flag carrier Aegean Airlines gradually started to increase domestic flights as of 18 May, while it will restart basic itineraries abroad interrupted due to the coronavirus pandemic, AMNA reported.

On 18 May, the airline will add more flights to Iraklio and Chania on Crete, Thessaloniki and Alexandroupolis in northern Greece, while the same will happen as of May 25 for the islands of Rhodes, Corfu, Mytilini, Chios, Samos and the rest of the domestic itineraries.

Starting late in May, the airline will start connecting with main hubs in Europe – Munich, Zurich, Frankfurt and Geneva – with a limited number of flights, and increase the number of flights to Brussels, the only foreign destination it did not cancel during the lockdown.

For more about this, read here: 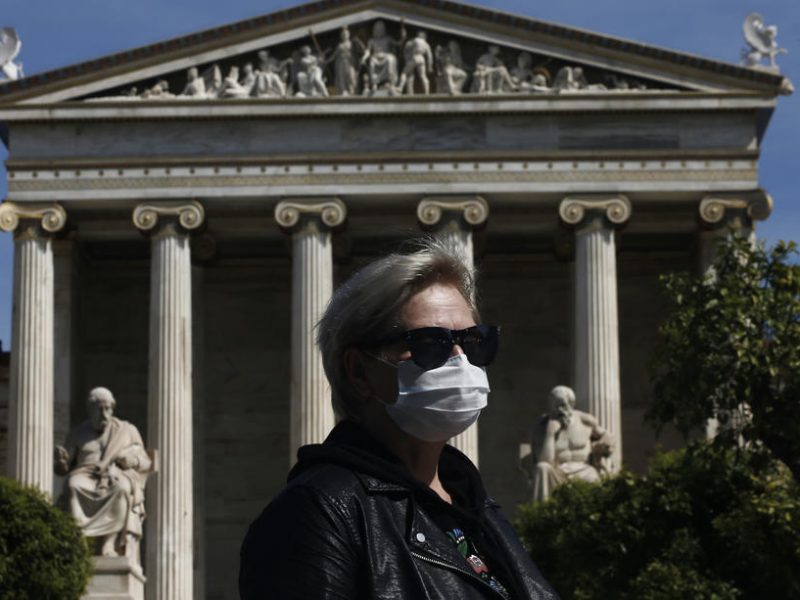 Greece tightens measures, all new arrivals will be quarantined

A country on lockdown

The Greek government put the country on lockdown on 22 March.

This was in response to the rising trend of Greeks deciding to “isolate” themselves in their summer houses.

When it had come to those isolating themselves on the Greeks islands, Maritime and Island Policy Minister Yiannis Plakiotakis announced that only permanent residents will be allowed to travel to islands as well as vessels which transfer food and other essential products. The return of those who wish to depart from the islands was also permitted.

“In Italy, unfortunately, one person is lost every two minutes. And the situation is getting worse everywhere in the world. So I am obliged to prevent our country from undergoing such a tribulation,” Greek PM Kyriakos Mitsotakis said, adding that he “will not allow a frivolous few to undermine the safety of most,” in reference to the Greeks who ignored the “stay home” rule.

Already before, the government had decided on 13 March to close shopping centres, bars, and cafes as of 14 March, the country’s health ministry has announced.

Catering facilities except for takeaways, sports facilities except for open spaces for individual sports, were also forced to close, as well as beauty centres, libraries, museums and archaeological sites. Only grocery stores, bakeries, private health services and pharmacies could remain open.

“We will do whatever it takes, we will take whatever measures are needed to protect our fellow human beings,” Health Minister Vassilis Kikilias said on 13 March.

On 16 March, the government decided to shut down commercial stores in addition to schools, cinemas, bars and restaurants.It has also announced that people who enter Greek territory will be put in a 14-day quarantine.

“As Prime Minister Kyriakos Mitsotakis has repeatedly pointed out, the difficult times are still ahead of us, next month will be very tough, seriousness, accountability and restraint will be needed,” Greek government spokeswoman Aristotelia Peloni said on 16 March.

To try and help businesses, the Greek government enacted a wage-reduction provision which stipulates that for a 6-month period, all businesses can employ 50% of their employees for two weeks per month, giving them 50% of their wages as a way of avoiding layoffs and encouraging part-time or rotational employment.

Labour unions lashed out against the government over this. 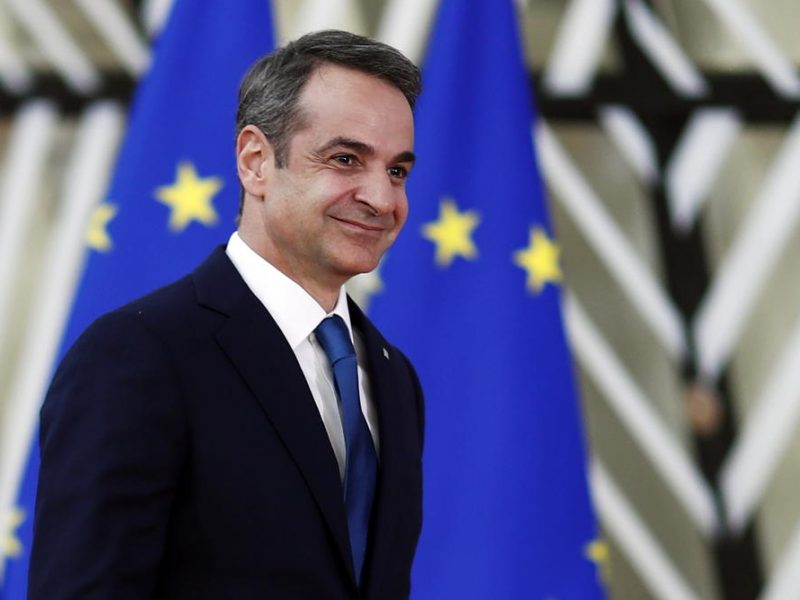 Greek Prime Minister Kyriakos Mitsotakis today (30 March) called on the lawmakers of his New Democracy party (EPP) to set aside half of their salary for the coronavirus special account for the next two months.

While the use of masks is obligatory or strongly recommended as of 5 May in enclosed spaces such as hospitals, supermarkets and grocery stores, retail and other shops, public transport and taxis, the price of masks have seen an 800% increase over the past three months and unlike other EU countries, the state did not give away masks for free to its citizens.

However, it has been receiving “relief”, as Health Minister Vasilis Kikilias put it, from China, which had helped Greece at the end of March when it was facing a shortage of masks and protective medical equipment.

Greek socialists raised the issue in parliament asking the government to provide masks at least for elderly and other vulnerable groups.

Based on the most recent data, the health ministry’s novel coronavirus spokesperson, Sotiris Tsiodras, recommended the use of face masks or covers on 29 April for when restrictions are gradually rolled back.

Previously, Tsiodras had opposed the use of medical masks by the public, warning that they could create more infection problems. “You can make a mask at home from cloth material,” he said while emphasising their proper care and use.

Meanwhile, demand for the services of Greece’s state hospitals and other healthcare providers has dropped sharply, in some cases by as much as 85%, during the COVID-19 pandemic.

At the same time, demand for medical advisory support online or over the telephone has soared by as much as 300-450%, Yiannis Kyriopoulos, a professor of health economics, told the Athens-Macedonian News Agency in an interview released on 26 April.

Still, just around the time when the country was put on lockdown, a total of 300 health workers were reported to have been quarantined at the Athens General Hospital “Hippocrates” after a doctor at the Otolaryngology Clinic was reportedly tested positive to coronavirus.

Among the more vulnerable, are also refugees.

Despite having activated the EU Civil Protection Mechanism.After a 28-year-old pregnant refugee tested positive for COVID-19 Greek authorities found that in total 150 refugees out of 475 were infected with the virus in the Kranidi refugee hostel in Peloponnese.

Crisis Management EU Commissioner Janez Lenarcic said thanks to Austria, “Greece will be better prepared to prevent the spread of the virus to vulnerable refugees and migrants. The EU is ready to provide further assistance.”

More about facemasks and Greece’s medical sector can be found here:

And more about how migrant camps are coping with the pandemic: