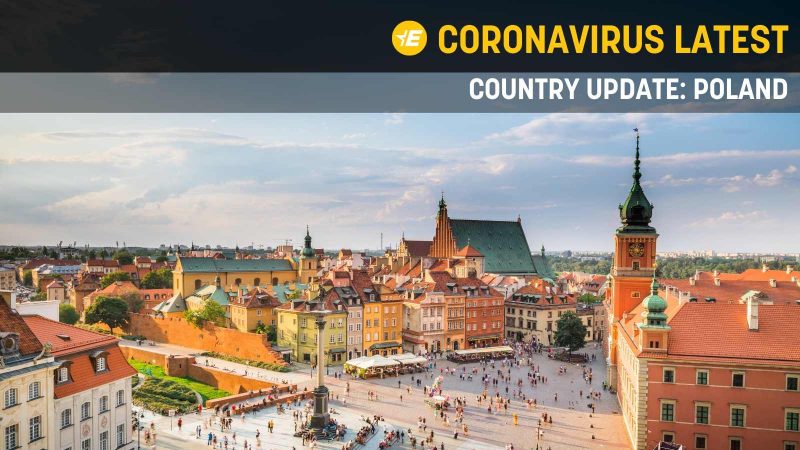 On Monday (8 June), Poland recorded 599 new cases of coronavirus, a new daily record since the beginning of the pandemic.

At the same time, almost all social restrictions have been abandoned, as masks in public places are not required and most restaurants and cafes are open.

Meanwhile, a new candidate in the presidential race and mayor of Warsaw, Rafał Trzaskowski, appears to be in ‘blitz mode’, collecting signatures in order to register his candidacy ahead of the presidential elections scheduled for 28 June.

Candidates are required to collect 100,000 signatures, but Trzaskowski and his party, PO, which happens to be the largest opposition party, are conducting a show of force in many of Poland’s cities to collect as much as they can and show that Trzaskowski is the frontrunner among opposition candidates.

As of Monday evening, he collected approximately 1.5 million signatures.

On 16 March, Environment Minister Michał Woś was tested positive with coronavirus, prompting other ministers to go into isolation and President Andrej Duda to call of a cabinet meeting on 17 March.

Poland’s President Andrzej Duda appeared to have lost his grip on victory in an upcoming election, fresh opinion polls showed, threatening a political upset for the allied right-wing government.

The date of Poland’s presidential elections – initially set for 10 May – has caused quite a stir amid the pandemic, although Parliament Speaker Elizabeth Witek announced on 3 June that elections are now set for 28 June. Voting will take place in-person in polling stations, although voting by mail will still be permitted for those in isolation or quarantine.

In her speech, Witek also accused the opposition of “only working on how to torpedo these elections”, referring to discussions in the Senate on possibly postponing elections for August, once Andrzej Duda had finished his term. However, such an option would have left his post vacant for several months. In response, Senate Speaker Tomasz Grodzki told online portal Onet that “the Senate did its job and improved [the law on presidential elections] to the maximum extent.”

Towards the start of the pandemic, however, Prime Minister Mateusz Morawiecki said on 20 March that a state of emergency would not mean that the country’s presidential elections – initially scheduled for 10 May – would have to be postponed, the debate surrounding the elections became quite a topic of discussion for the country.

Two days earlier (18 March), the PM said that elections should take place according to schedule as “we may encounter many unforeseen circumstances” in the future. Since, the ruling party Law and Justice (PiS) has been seemed determined to hold the presidential elections by postal voting in May despite the coronavirus pandemic, former Council President Donald Tusk calling for a boycott of the elections in April and criticism from the OSCE.

On 1 April, the ruling party even proposed an amendment to the electoral law, which shifted responsibility for organising the ballot from the National Electoral Commission (PKW) to the Polish Post, allowing every citizen to vote by mail.

At the time, the PKW’s former chair had already said that these changes have been introduced in bad faith, while many lawyers consider the holding of fair and free elections to be impossible at the moment.

In protest, Jarosław Gowin, leader of a small coalition party Porozumienie, resigned from the position of deputy PM and minister of science and higher education on 6 April. As an alternative, Gowin proposed to amend the constitution to extend the presidential term from five to seven years, a suggestion that needs the unlikely support from opposition parties.

On 27 April, the Supreme Court reacted negatively, saying the amendment was inconsistent with the Constitution and fundamental electoral rights. As the Post would be collecting the personal data of citizens to prepare voters’ lists, judges were concerned with safeguarding the privacy of voting citizens.

Days after the initial scheduled date for elections, Poland’s main opposition group threatened on 12 May to block plans for the delayed presidential election, accusing the ruling coalition of rushing a voting plan through parliament for political gain.

For more details about the elections debacle, read on: 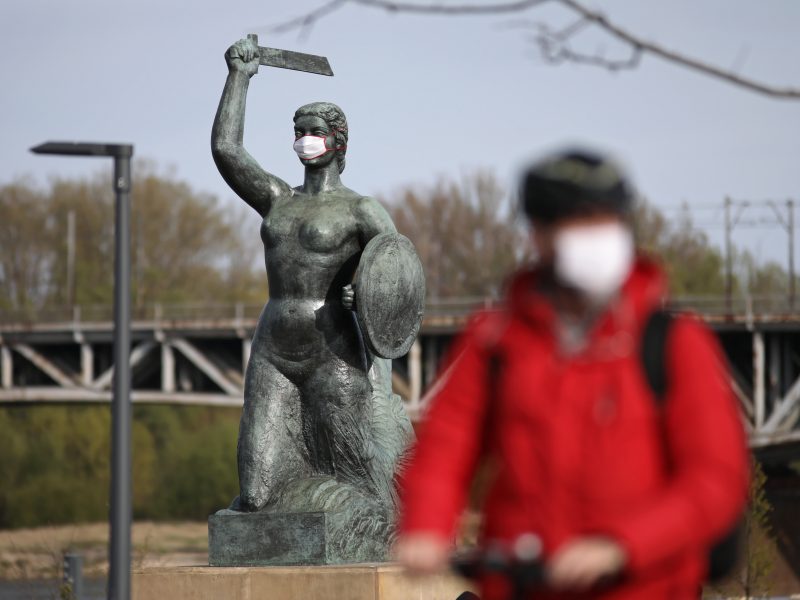 Poland saw its biggest spike in coronavirus cases on Sunday (19 April) with 545 new infections recorded, according to health ministry data, a day before the country plans to ease some of its pandemic-related restrictions.

A gradual lifting of restrictions

Poland opened its borders to EU citizens on Saturday (13 June) after it had closed its borders on 15 March and imposed a two-week quarantine for arrivals. However, for travellers coming from Slovakia, the border is only open for 48 hours and if people entering the country do not present a negative COVID-19 test.

“We have to restore trade with other European countries, said Prime Minister Mateusz Morawiecki.

When it comes to lifting other lockdown restrictions, Poland gradually started doing so from 20 April and continued to ensure facemasks in public areas were compulsory throughout.

For the first phase, it allowed parks and forests to reopen that day.

Poland then implemented its second stage of lifting lockdown restrictions on 4 May, which included the opening of shopping malls and hotels, and the partial opening of cultural institutions (libraries, museums and art galleries).

Starting 6 May, nurseries and kindergartens opened, although many municipalities oppose this, questioning whether it remains safe enough to open them at this delicate stage of the pandemic.

From 25 May, primary schools reopened but only for the youngest. Final-year university students were also to go back to class.

Poland’s borders should reopen within days or even weeks, Foreign Minister Jacek Czaputowicz said on 2 June during a summit of foreign ministers with the Baltic states in Estonia. The minister also said that everything was “on track” for travel to resume “before the holidays”, adding that experts will have to assess the risks of travelling to neighbouring countries soon.

“Our strategies were good, and we are now in a better position than other European countries,” he said.

And while domestic flights between eight cities resumed in the first week of June, international rail and air connections continued to be suspended, non-resident foreigners are banned from entry and those permitted to enter – both Polish citizens and foreigners – need to remain in quarantine for two weeks. 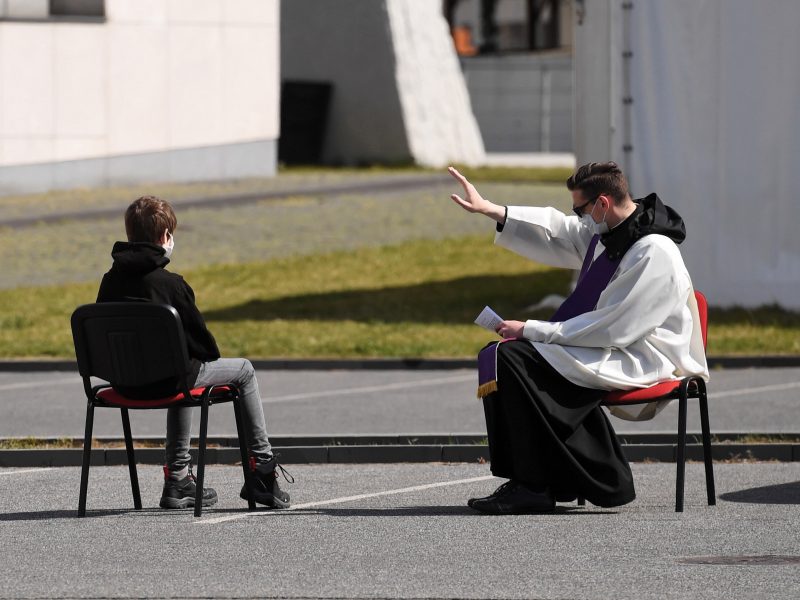 Poland will gradually lift lockdown measures imposed to contain the new coronavirus from Sunday, the government said on Tuesday (14 April) as the nation prepares for a presidential election on 10 May.

For more on the country’s gradual lifting of restrictions:

Throughout April, the Polish government presented a series of ‘anticrisis’ shields to support entrepreneurs and employees affected by the crisis. This was announced on 18 March by Polish Prime Minister Mateusz Morawiecki.

On 1 April, the government adopted its first set of measures on 1 April worth €45 billion, which was equivalent to about 9% of the country’s GDP at the time of adoption.

On 18 March, Polish Prime Minister Mateusz Morawiecki announced the creation of a so-called “anti-crisis shield” in connection with the coronavirus pandemic involving a package of actions to support entrepreneurs and employees affected by the crisis.

After that, around mid-April, it followed up with a series of measures worth €2.5 billion.

At the end of April, the Polish government adopted its third set of measures against the fallout of the COVID-19 crisis, which introduced subsidies for apartment renters, special solutions for local governments and the tourism industry, as well as larger subsidies for employees’ salaries at the largest companies.

On 23 April, the European Commission approved the government’s state aid package for companies worth €7.8 billion, as part of the government’s anti-crisis package for entrepreneurs, which allowed micro-enterprises, small and medium-sized enterprises (SMEs), as well as large companies affected by the coronavirus to benefit from a few measures. These include direct grants, repayable advances, tax benefits and reliefs, tax deferrals or employee compensation payments.

While local governments will include the poviat (district) revenue for state-owned land management being increased from 25 to 50%, cities will be able to increase their debt this year provided the additional expenses are related to fighting the pandemic.

Meanwhile, the Polish Tourism Organisation is working on a solution to support the tourism industry and is proposing to offer Poles with special holiday vouchers for holidays in Polish hotels who have been affected by the crisis.

For more on the country’s economic measures, check here: 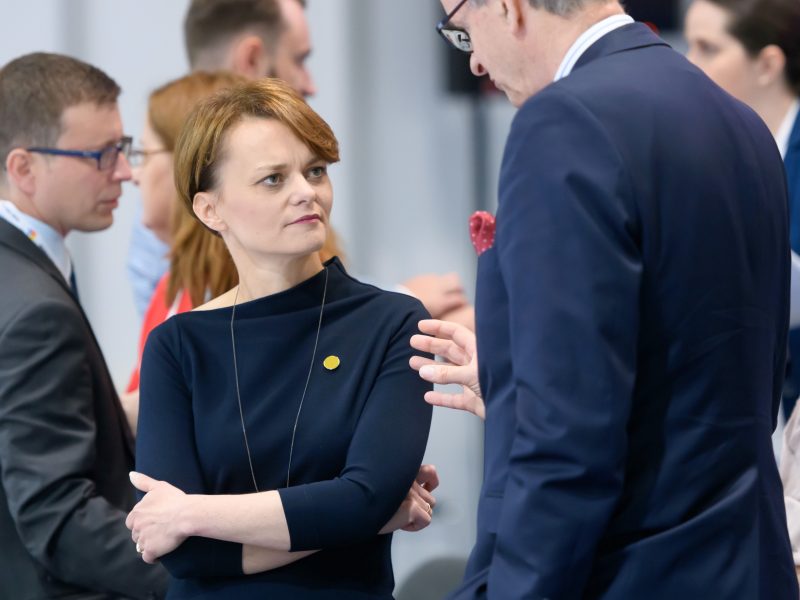 The Polish government wants to be notified of any planned takeovers of companies by investors from outside the European Union, who may seek to buy businesses hit by the coronavirus cheaply, Deputy Prime Minister Jadwiga Emilewicz said.

The government has announced …

A gradual tightening of restrictions

After closing all schools, universities, kindergartens, cinemas, theatres and art galleries for two weeks as a response to the coronavirus outbreak on 11 March, the Polish government issued an extraordinary government decree over the 14-15 March weekend closing shopping malls and banning public gatherings of over 50 people.

The government decree also stipulated that as of 15 March, all passenger flights would be banned for 14 days from 15 March during which Polish citizens entering the country from abroad will be quarantined for 14 days.

Two weeks later, on 31 March, the government tightened security measures as it called for stricter lockdown measures, citing, at the time, 300 violations of mandatory quarantine each day.

“Koreans, Japanese, Chinese and Taiwanese are going back to work. This is because they treated the quarantine rules very strictly,” said Prime Minister Morawiecki.

The government thus raised the penalty for violating the conditions of mandatory quarantine from about €,1095 to about €6,570.

It also decided to allow, on 31 March, a maximum of three people per active cash register in shops and setting shopping hours for seniors.

“If there are five cash registers, there can be 15 people at a time.” – explained Mateusz Morawiecki. The same restrictions will apply to markets and stalls. Whereas in post offices the limitation is 2 people per one active window.

Read more about what has happened since the Polish imposed restrictions: