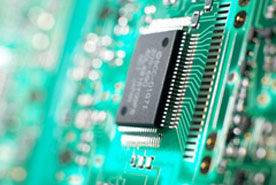 In June 2012, the Commission tabled a strategy to boost the industrial production of KETs-based products, aiming to keep pace with the EU’s main international competitors, restore growth in Europe and create jobs in industry.

The global market volume in KETs-based products was estimated to be worth €646 billion during 2010 and is expected to increase by more than half to €1 trillion by 2015, representing almost 10% of EU GDP.

A High-Level Group on Key Enabling Technologies (HLG) was founded by the EU executive in Brussels on 27 February 2013.

Getting KETs past the ‘valley of death’

“KETs directly and indirectly boost competitiveness and generate jobs along strategic European value chains creating growth and wealth in the economy,” according to a HLG manifesto published over the summer.

But the document also emphasised that the EU’s major weakness lies in translating its KETs knowledge-base into goods and services, creating a so-called valley of death in the innovation chain.

The manifesto claimed that whilst other global regions direct 70% of research spending to activities that are close to markets, in the EU, two-thirds of research funds are spent on basic research, where there is no directly applicable commercial application to the science.

“Europe should urgently rebalance its public funding toward technological research and innovation,” the manifesto urged.

It asked the European Parliament to prioritise KETs politically by incorporating them into policies and to use public procurement to accelerate the uptake of European KETs-enabled innovative products.

Now that the new European Commission has taken office, “We need to ratchet up the pace of implementing measures,” according to Ulrike Rabmer-Koller, the vice president of the crafts and trade division of the Austrian Chamber of Commerce, who sits on the HLG.

A Commission spokeswoman points out that KETs gained in the setting of the Horizon 2020 budget, with a dedicated KETs budget of almost €6 billion, including for projects that combine different KETs, and several calls for KETs pilot lines have already been launched in the first work programme.

The rules have also been changed to make it possible to combine Horizon 2020 funds with Structural Funds.

“’Investments in innovation’ is one of the key pillars in our reinforced industrial policy. We know the importance for industry of continuous investment and development of new technologies to drive industry and compete internationally. Stimulating investment in new technologies is at the core of the mandate and priorities of Commissioners Elzbieta Bie?kowska and Carlos Moedas,” the spokeswoman added.

But it is the international markets that are causing the most concern for KETs.

A report published last year pointed up the international distortion in KETs with other countries attracting KETs through anti-competitive behaviour.

One issue that rankles is the ability of other countries to attract KETs business through favourable business conditions and tax perks.

Specifically, there is evidence that some measures implemented in the US and in Asian countries result in a distortion of the international market for KET-related industries by creating incentives and making their country attractive beyond pure market conditions.

“Indeed, there have been cases in which EU-based KET companies have invested in third countries, simply because the incentives were too attractive to turn down and the investment was less risky,” the Commission spokeswoman said.

“We need a level playing field in the area of investment, trade, IP-protection, public procurement and legal certainty. The forthcoming HLG-report will address some of the issues,” Rabmer-Koller says.

The Commission spokeswoman told EURACTIV that the EU executive is working make sure that – when negotiating different trade agreements, at bilateral and multilateral levels – it achieves “a favourable trade environment and a level playing field for KETs in full compliance with World Trade Organisation (WTO) rules.”

“The Commission is also exploring how trade policy can better support the KETs policy, notably with regard to the reciprocity needed to ensure an international level playing field with respect to technology transfer,” she added.