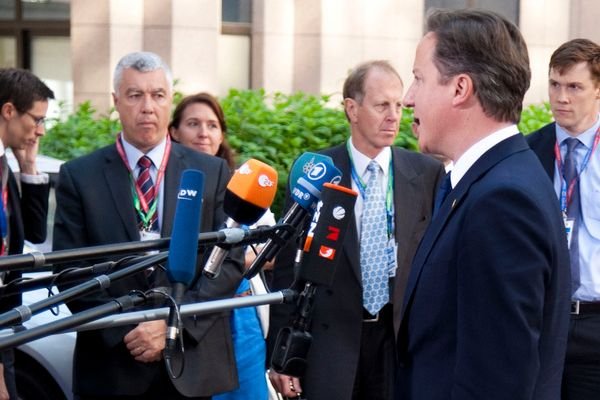 A European Commission initiative to tackle the 10 most burdensome regulations for small- and medium-sized enterprises (SMEs) received backing from EU heads of states and governments at a summit last Friday (15 March).

The European Commission had asked around 1,000 SMEs and business organisations to identify the top 10 most burdensome EU laws in order to change or reduce them.

EU leaders have told the Commission to set out in June how it wants to reduce the burdens for SMEs. By the autumn, the EU executive will produce a list of unnecessary European rules that need to be reversed.

British Prime Minister David Cameron said that the Council discussions had been "useful" and that he, German Chancellor Angela Merkel along with French President François Hollande, had achieved an important breakthrough.

"As you know I have spoken about the fact that we are part of a global race where we need to compete and succeed. We need a more flexible, competitive and open Europe. That was the theme of my speech about Europe. I believe we are beginning to achieve some of those things because we need a Europe that doesn't overregulate. In fact we need a Europe that starts to take regulation off," Cameron said.

"We need to go in the other direction and with the Commission's help we are now starting to see some progress on that front in the two ways that I identified," he added.

The following EU laws have been identified by SMEs as the 10 most burdensome:

In their summit conclusions (Page 7, Point C), EU leaders said “further action is required to reduce the overall burden of regulation at EU and national levels” and that “member states should pay particular attention to avoiding additional burdens in the implementation of EU legislation.”

"The European Council welcomes the Commission's recent report on the most burdensome regulations for SMEs and looks forward to receiving initial concrete proposals to implement its findings by June. … It encourages the Commission to use the 'REFIT' programme to identify and propose in the autumn the withdrawal of regulations that are no longer of use and to pursue the consolidation of existing legislation as part of its simplification work."

"This is why we have put smart regulation at the heart of our policymaking. And this is why we want to ease the lives of our small- and medium-sized enterprises, which are most important engines for Europe's economy," Barosso said.

The initiative is hardly new, however, with the first attempts at cutting red tape for SMEs already featured in the 2000 Lisbon Strategy for growth and jobs, which aimed at turning the EU into "the most dynamic and competitive knowledge-based economy in the world by 2010."

It was followed up by other initiatives, including the 2005 'Think small first' SME policy and the 2008 Small Business Act.

Earlier attempts date back to the 1992 Edinburgh European summit, which adopted the "better regulation" initiative aimed at improving the regulatory environment.

"SMEs which are creating the lion’s share of all new jobs in Europe are the key to get out of this crisis. Our legislation needs to be designed with SMEs (and especially new entrepreneurs) in mind: it must be smart, it must be simple and it must be stable. The better we listen to SMEs concerns, the better they can help us to return to growth."

Simplifying the EU regulatory environment was one of the key priorities of the first Barroso Commission and a key element of the 2000 Lisbon Strategy adopted and the 2008 Small Business Act.

As well as cutting back on existing regulation, new legislation is analysed to ensure that it does not add to the burden on businesses.

In 2007, the Commission established an independent high-level group of independent stakeholders on administrative burdens chaired by Edmund Stoiber, charged with pinpointing specific areas where red tape can be cut.