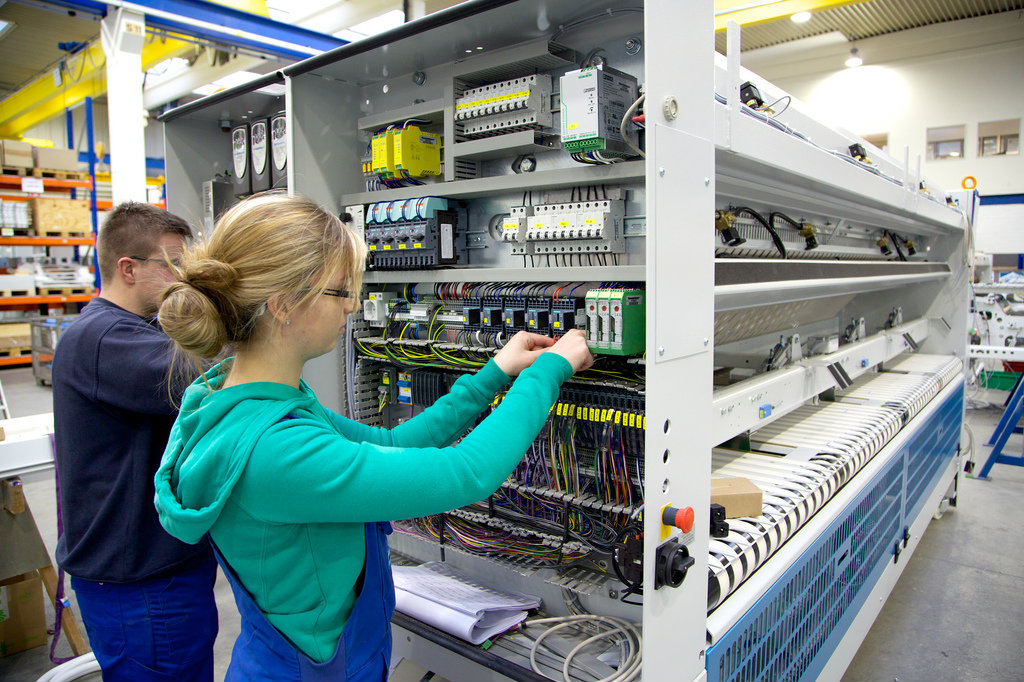 Germany is one of the most innovative countries in Europe, according to the Institute for Innovation and Technology. Less certain is whether it will be able to maintain its position. EURACTIV Germany reports.

“We must hurry up”, Chancellor Angela Merkel warned last Sunday (6 April) at the opening of the Hannover Messe (trade fair). The German chancellor is worried about Europe’s innovative clout. The continent, she said, threatens to fall behind in its international competitiveness.

“We must use the added value of the European internal market”, explained Merkel.

But according to the “innovative capability indicator” from the Association of German Engineers (VDI) and the Institute for Innovation and Technology (iit), Germany is doing quite well.

“Germany is leading high-level research with flying colours,” explained VDI director Ralph Appel at the presentation of the “innovation capability indicator” on Monday. Among 25 European countries, the Federal Republic ended up in fourth place, behind the three Scandinavian countries: Finland, Sweden and Denmark.

Greece and Bulgaria landed at the bottom of the list.

Innovation capability instead of innovation performance

The Institute for Innovation and Technology indicator measures a country’s ability to develop and realise innovations. The indicator consists of 42 sub-indicators from four different areas. Contrary to the established indicators, the iit’s tool not only measures innovation performance – meaning the number of patent registrations and new product innovations – but also the diversity of available knowledge, as well as a country’s ability to continually expand upon its knowledge, and employ it in innovations.

“It is like in school”, explained Sebastian von Engelhardt, one of the authors of the study. “We not only measure the grades, but also intelligence, enabling us to achieve this performance.”

But this analogy goes even further, explained von Engelhardt. “School performance can fluctuate, professional success too – but intelligence is comparatively a relatively stable feature among people.”

German performance shines most in the so-called complexity indicator.

“Like no other European state, Germany is able to produce complex products thanks to its multifaceted knowledge base”, explained von Engelhardt, indicating the mechanical engineering sector.

Another strength Germany has is its high number of new PhD graduates between 25 and 34 years of age. The share of science and engineering doctorates compared to the total number of doctorates granted is especially high.

“Work should not lead to stupidity”

But not all of the export giant’s results are positive. Germany’s scores were particularly low in continuing employee training, the innovation capability indicator showed.

“Small and medium sized enterprises do too little in this regard. There is still a lot of room for improvement,” said von Engelhardt.

Under the heading “lifelong learning”, companies must more actively cooperate with universities and research institutions, von Engelhardt said. In his opinion, the dual vocational training system, praised by the OECD not too long ago, must be supported more strongly. “Work should not lead to stupidity”, Institute for Innovation and Technology expert Ernst Hartmann said, agreeing with his colleague. Otherwise innovation capability is at risk.

It is unclear how the results for Germany, and other European countries, measure up internationally. Similar numbers for countries, like the United States and China, do not exist yet. Hartmann points out the findings of Massachussets Institute of Technology studies. According to MIT, Germany’s industrial system has a significant, unique characteristic.

“In stark comparison to the United States, German companies are not left to take on the innovation process alone. They have many intermediary partners at their disposal”, explained Hartmann. These include Fraunhofer and the AiF-Institute, advanced technical colleges, trade associations, he pointed out, adding that even the institutions in the professional education system play an important role in this “industrial ecosystem”.

Last November, the European Parliament formally approved Horizon 2020, the funding programme for research and innovation for the 2014-2020 period, almost putting the final seal on a budget tranche that would rise by 30% from the current period to a total of €80 billion.

Horizon 2020 is a part of Innovation Union, a Europe 2020 flagship initiative aimed at enhancing global competitiveness. The European Union leads the world in some technologies, but faces increasing competition from traditional powers and emerging economies alike.