Germany’s Industry 4.0 in full swing, despite dissent from unions 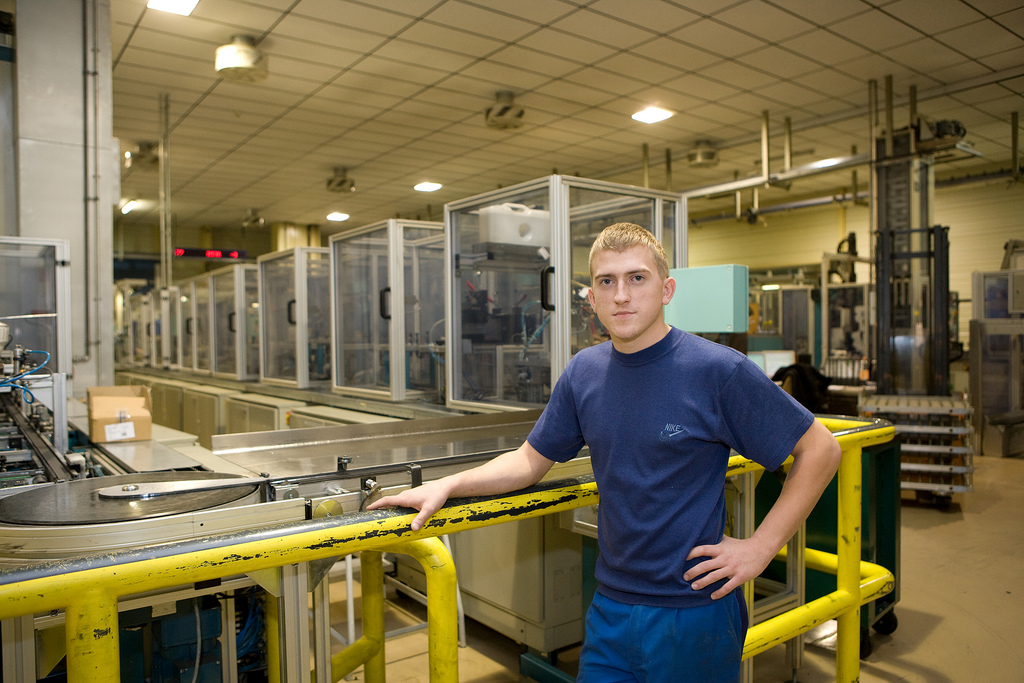 SPECIAL REPORT: Companies, trade unions and politicians are working together to turn Germany into an industrial centre for the digital future. But on the day of its founding, Industry 4.0’s initiators are divided over its opportunities and risks. EURACTIV Germany reports.

Industry is the “jewel of the German economy”, said Sigmar Gabriel on Tuesday (25 November) in Berlin.

Americans and British laughed at German politicians ten years ago for remaining so loyal to industry, he recalled. But Gabriel praised industry as the reason why Germany is in better shape than many other national economies after the financial crisis.

To ensure that industry remains strong in the future, the Economic Affairs Minister, along with chairman of the industrial metal union IG Metall Detlef Wetzel and President of the Federation of German Industries (BDI) Ulrich Grillo called for the creation of an alliance for the “Future of Industry”.

“As a competitive location for industry, we are faced with immense challenges which will deeply change the entire economy,” Gabriel pointed out.

This includes the digitalisation of the economy, for example, the increasing threat of a lack of skilled workers and obstacles in the implementation of the Energiewende, explained the Minister.

Comparatively low investment in Germany and often low acceptance of industry and its projects are further problems Gabriel indicated, saying as a result industry is beginning to migrate to other markets.

“The alliance should be a concerted action to ensure Germany remains a successful industrial country in the 21st century,” the Social Democratic Party’s (SPD) leader said.

The project would include four working groups on various issues in the branch: increasing industry acceptance, strengthening investment, the future of industry and industry-oriented services as well as organising future value-chains.

A foundation is also expected to provide the industry alliance with scientific support.

BDI president Grillo hopes to give the German economy a boost in the direction of Industry 4.0 – a term describing the fourth industrial revolution, driven by the internet, allowing the real and virtual worlds to further intertwine toward cyber-physical production processes.

The goal is the development of an intelligent, networked production, in which machines and products almost communicate with with one another.

“Digitalisation offers enormous opportunities,” said Grillo. In the United States and Asia, for example, “powerful business alliances have been created” to reap the benefits of Industry 4.0, he pointed out.

“We must simply be more innovative than our competitors,” the BDI president emphasised.

Broadband expansion was also something Grillo may have in mind. For months, economic critics have bemoaned a lack of standards for data transfers in industry, which are under the supervision of the Federal Office for Information Security (BSI).

According to a recent study from Staufen Consulting, eight out of ten companies feel abandoned on the issue of Industry 4.0.

Meanwhile, IG Metall chairman Wetzel warned against the “dark side” of Industry 4.0. The impending digital revolution holds the risk of a “strong density of performance and new ways to monitor and measure performance,” he said.

According to Wetzel, the economy could increasingly become dependent on new and more flexible forms of working such as “click workers” and “cloud workers”. Such jobs are not paid as well and are hardly socially insured.

In the worst case, Wetzel predicted a massive reduction in employees. “Every second job is at risk; we do not even know what kind of an automisation wave is really in store,” the IG Metall chairman said.

We must be sure that people continue to mould technology and that technology does not come to control people, Wetzel emphasised.

It is not yet clear, whether the new industry alliance will discuss political questions. At the press conference on Tuesday, Gabriel and Grillo made it clear they intend to do so, attempting to avoid the impression that the industry alliance would purely be a club for debating. But Wetzel said he hopes to start by addressing the “big questions” and setting the course for industrial policy.

A constituent meeting of a high level group, consisting of founding members and other partners, is planned for early 2015. Afterwards, the alliance’s initiators say its working groups will begin by developing a consistent agenda of medium and long-term prospects for industry’s future.