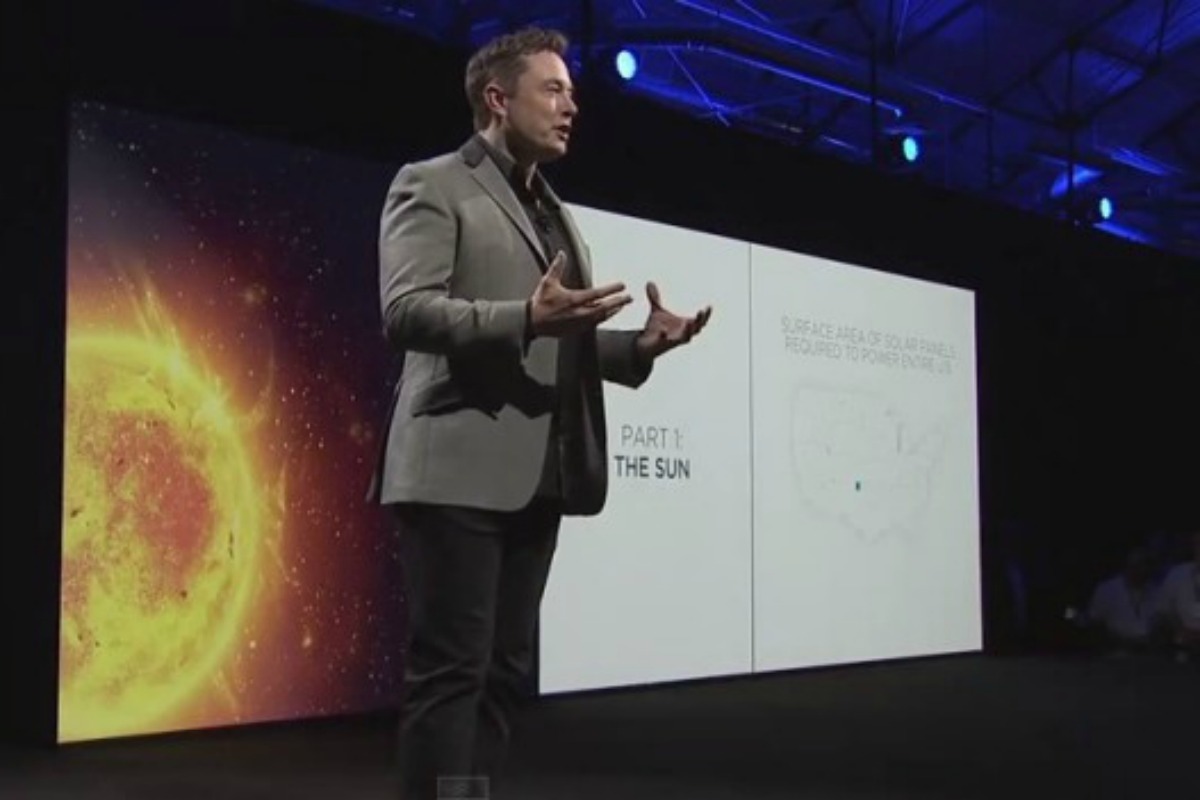 The Tesla Powerwall, unveiled on Thursday (30 April), can store power from solar panels, from the electricity grid at night when it is typically cheaper, and provide a secure backup in the case of a power outage.

In theory the device, which typically would fit on the wall of a garage or inside a house, could make solar-powered homes completely independent of the traditional energy grid.

“The goal is complete transformation of the entire energy infrastructure of the world, to completely sustainable zero carbon,” Musk told reporters shortly before unveiling the Powerwall in a stylish warehouse space outside Los Angeles.

Examples of the sleek device – available in a range of colors – were lined up along one side of the hall. “It looks like a beautiful sculpture on the wall,” said Musk.

All the power for the evening demonstration, attended by several hundred media as well as tech world participants, came from his new batteries, hooked up to solar panels on the roof, he said.

Initially the device, which will cost $3,500 (€3,137), will go on sale in the United States later this year. But the aim is to roll it out internationally some time next year.

Germany is seen as a key market for the product – which is about 6 inches thick, 4 feet tall and 3 feet across – because it has among the highest take-up of solar energy in the world, Musk said.

Tesla’s impact on the energy storage market will be closely watched in Brussels, where the European Commission called for an overhaul of Europe’s ageing electricity grid networks. Unveiling its Energy Union plans in February, the Commission said future grids “will take into account cross-border flows, variable renewable production, demand response and storage possibilities.”

Energy storage research projects are eligible for financing under the EU’s €80 billion Horizon 2020 research programme. Some are already being rolled out across Europe, with one in Ireland catching media attention.

But the Powerwall could also be a huge boon for under-developed regions, where power is often unreliable at best, despite abundant solar energy – and he compared the potential to that of the way cellphone technology has expanded.

“This is going to be really great for the poorest communities in the world,” he said. “This allows you to be completely off grid.”

Musk stressed however that moving advanced economies like America away from unsustainable fossil fuels was a key goal.

“I think we should collectively do something about this…we have this handy fusion reactor in the sky, called the sun,” he said.

The Powerwall comes in 10 kWh weekly cycle and 7 kWh daily cycle models, both of which are guaranteed for 10 years and are sufficient to power most homes during peak evening hours.

The Tesla chief was coy when asked whether Tesla Energy would be a bigger business than Tesla Motors, for which he is best known. He dodged the question.

Tesla will be in charge of the plant’s operations, while its Japanese partner will make battery cells destined for the plant and invest in equipment and machinery, according to a joint statement released at that time.

While Tesla produces relatively few vehicles, it has become a star in the sector due to keen demand and a reputation for high quality.

The European Commission unveiled plans for an 'Energy Union' in February, hailing the initiative as "the biggest energy project since the Coal and Steel Community".

The EU executive said the clash with Russia over its seizure of Ukraine's Crimea region means there is the strongest case yet to pool resources across the EU.

One of the big priorities is to diversify energy sources, combine infrastructures and unite the EU's negotiating power vis-à-vis third countries.

The European Union relies on Moscow for around a third of its energy.

The EU also aims at making Europe the number one in renewable energy, enabled by 'smart' electricity grids, which can automatically monitor energy flows and adjust to changes in energy supply and demand accordingly.