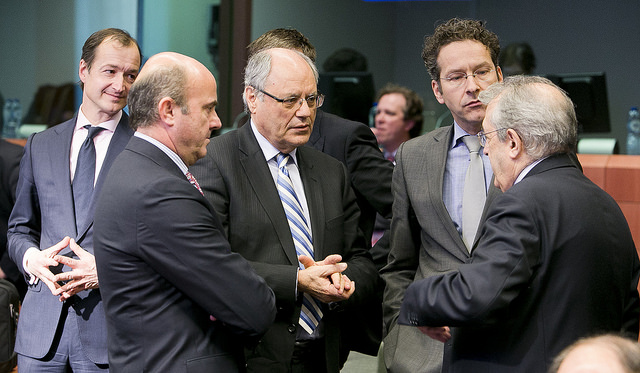 Malta is the only member state stopping a tax loophole costing billions of euros being closed, after Sweden dropped its opposition to a EU finance ministers’ agreement to stop multinational companies exploiting hybrid loan arrangements to pay little or no tax.

The European Commission reassured Swedish diplomats last week that the deal on the revised Parent-Subsidiary Directive would not prevent foreign investment into a model of investment company used by national champions such as Volvo and Eriksson.

But Malta will not support the agreement, which was brokered by the Greek Presidency of the European Union.

Malta argues that the wording of the compromise will compel member states to levy taxation on the basis of the revised Parent-Subsidiary Directive, which infringes on its sovereignty over tax decisions.

The Greek compromise, which is not public, states that countries should tax certain profits. The Commission’s original proposal said member states should not tax profits if they were not deductible by a subsidiary company.

The European Commission has identified hybrid loan arrangements, a combination of debt and equity, as a tax planning tool. Some countries classify profits from hybrid loan arrangements as tax-deductible debt. Others don’t, creating a mismatch in national legislation that is being exploited by multinational companies. They plan their cross-border intergroup payment to pay little or no tax.

The proposed solution is that if a subsidiary is based in a country where profits from financial instruments with both debt and equity characteristics are tax deductible, those dividends must be taxed by the member state where the parent company is based.

Maltese diplomats stressed that Malta supported the closing of the hybrid loan loophole, but said the wording was a “point of principle” as it strayed into national competences.  Agreeing to the deal could also set a precedent for future legislation, which Malta is keen to avoid.

EURACTIV has learnt that Sweden now intends to support the closing of the loophole at a 20 June meeting of EU finance ministers. Finance Minister Anders Borg had blocked the expected approval of the compromise at an earlier ECOFIN meeting (here). Malta’s finance minister Edward Scicluna also raised his objections, describing the wording as “a rather alien element.”

At that same meeting, ministers agreed to target 20 June for a final agreement, but that appears unlikely, unless the Greek Presidency and Malta can agree on a solution in the coming weeks. EURACTIV understands the Greeks have not yet offered Malta further negotiations.

The Greek compromise would have split the revised Parent-Subsidiary Directive in two, allowing EU governments to close the loophole, without agreeing to a hotly debated general anti-tax abuse rule. The anti-tax abuse rule also requires unanimity to become law.

Tove Maria Ryding, tax coordinator at the European Network on Debt and Development (Eurodad), a network of 48 non-governmental organisations, said, “Unfortunately, Malta’s behaviour will only serve the interests of the multinational corporations trying to avoid taxation.

“We mustn’t forget that corporate tax dodging is costing our societies billions of euros, and therefore this is too serious an issue for governments to start playing political games. The Parent Subsidiary Directive is a small but important step in the right direction, and will close some of the most obvious loopholes in the EU tax legislation.”

Malta was one of five member states named and shamed by European Tax Commissioner Algirdas Šemeta yesterday during a press conference for the Commission’s annual policy recommendations to governments. The Netherlands, Ireland, Cyprus and Luxembourg were also criticised.

At the same conference, Commissioner for Economic and Monetary Affairs Olli Rehn said, “If there is any consistent and crosscutting message from European citizens, it is that we must further strengthen and intensify efforts against tax evasion and aggressive tax planning.”

Šemeta added, “Even leaving aside the major issue of fair tax competition, there is a question of sustainable public finances here. Member states cannot rely on short-sighted tax schemes to attract multinationals.

“When it comes to tax evasion, political interest cannot be confined to campaigns. It must translate into with swift and decisive action, at national, European and international level.”

Greek Presidency of the EU