Media in crisis look towards innovation for answers 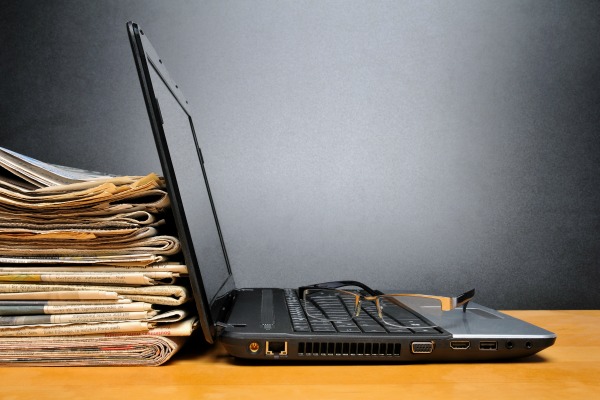 The European media industry has struggled to find a sustainable model in a changing, online environment, and is sceptical about policymakers' ability to help. As tech entrepreneur Xavier Damman, the creator of Storify, puts it: "We should stop trying to replicate Silicon Valley."

According to Damman, who launched the online storytelling tool Storify for media organisations to run a rolling news feed that makes use of social media content, Europe “shouldn’t try to compete, it should try to complete”.

“In Europe, the best thing we can do is send our innovative, entrepreneurial talent to the US. That way, they can develop things,” Damman told EURACTIV in an interview.

The focus, Damman says, should not be to try to outsmart Silicon Valley entrepreneurs. “We should stop trying to replicate Silicon Valley and start working with them in order to train the talent we have in Europe.”

>>Read: Tech entrepreneur: EU should focus innovation on where it has a chance

“We will never be the place where innovation happens in those fields that Silicon Valley is good at,” he argues, “but we can become the place that innovates in other fields and other industries.” For example, Europe has led the most recent innovations in the music industry with online distributors and social networks, like Soundcloud or Spotify.

The tech entrepreneur was speaking at a conference of Future Media Lab, addressing the future of the struggling news business, organised by the European Magazine Media Association (EMMA) and of which EURACTIV is a media partner.

The EU is involved in programmes supporting innovation in the news industry through its digital agenda. Robert Madelin, director-general of the European Commission’s DG Connect, that administers the digital agenda, stressed that he was aware of the struggle of European companies to innovate their way out of the crisis.

To have a thriving news industry in Europe, Madelin said, “we have to start by asking ourselves what we’re good at, and then go on to protect and support this. Otherwise, you’ll end up with yesterday’s regulation for tomorrow’s content.”

Journalists and publishers alike are weary of too much governmental – or EU – involvement in the media industry. The former tends to feel it distorts media freedom; the latter that it pulls down their business figures.

>>Read: Industry rep: 'Media companies would rather be left alone'

It leaves EU policymakers wondering how to lift the industry out of its crisis in Europe. According to Lorena Boix Alonso, head of the ‘converging media and content’ unit in DG Connect, “there is a serious lack of awareness in the content industry” of the benefits of funding.

“We have to keep in mind not to intervene in the media freedom, and so probably the best is to fund research and development. Right now, we focus on big data projects, amongst other things. When it comes to regulation, the best way to convince stakeholders of the benefits is by involving them in the conception of the regulation,” Boix Alonso told EURACTIV.

Nadja Hirsch, member of the ALDE group in the European Parliament, argued that the EU had a long way to go before it deals with the regulatory challenges of the changing media market. “The main challenges are still coming up. Take the consultation that the EU Commission put out on copyright: these are first steps, and will remain on the agenda in the next term [2014-2019],” Hirsch told EURACTIV.

What is needed, the MEP argued, is not so much public funding of journalism in Europe, but rather to do away with the burdens that start-ups face. “This is what will require the attention in the next five years. There is a huge potential in Europe, including amongst the youngsters we are trying to get to work. The Commission should really think about how to handle this.”

Such innovation through start-ups may help journalism organisations adjust their business models in a world that has changed greatly.

A report on global media trends, published by the European Publishers Foundation (EPC), shows that in countries like France or Germany online search engines and social media sites have taken over a significant part of users’ access to news in 2013. They compete with traditional media, or ‘content providers’, amongst other things for advertising revenues.

Content accessed on smartphones and tablets showed double digit growth. This is an opportunity, the report reads, but only if publishers and broadcasters rework their internal organisations to embrace the fast-changing media landscape and team up with new media players.

Still, Rik De Nolf, the CEO of Roularta Media, one of Belgium’s largest media groups, says he does not feel threatened: “The big difference between what we can get from media, and what we can't get elsewhere, is storytelling.”

The EU can play a role in ensuring a level playing field, people from all sides of the industry agreed. While De Nolf mentioned postal rates as the biggest concern of the print industry at yesterday’s conference, online media flagged the data protection regulation as a hugely important issue.

The media in Europe are under pressure to find a sustainable model for newspapers and journalism in an increasingly online environment.

A report on global media trends, published by the European Publishers Foundation (EPC), shows that online search engines and social media sites are on the rise in European citizens' news consumption. This leads to competition with media organisations, amongst other things for advertising.

This has put pressure on the production of independent journalism as well as diversity in news production, over the past decade.

Media industry analysts argue innovations in the business model as well as in the news organisations themselves are needed to adapt the industry to today's world. Start-ups could help news organisations regain ground in a world that has vastly changed, while traditional media models have struggled to adjust so far.

The European Commission is involved in programmes supporting innovation in the news industry through DG Connect, but the industry is divided over what policymaking is needed to sustain news production in Europe in the future.

0 responses to “Media in crisis look towards innovation for answers”