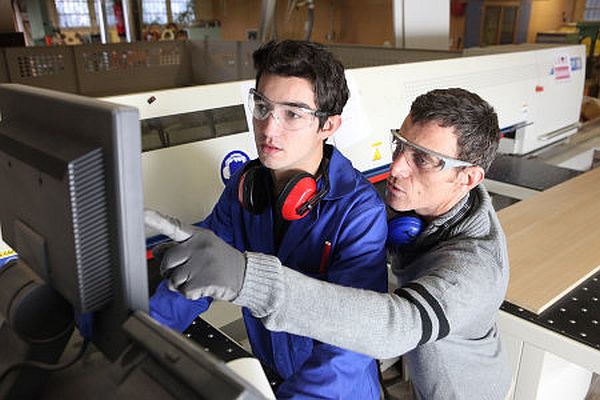 Five EU member states with successful apprenticeship systems have united to share knowledge with lagging countries, in advance of new European Commission proposals to promote the schemes as a way to address youth unemployment.

Business federations of Austria, Denmark, Germany, the Netherlands and Switzerland held a conference in Brussels on 26 April to brainstorm on how best to present and transpose successful apprenticeship systems to other EU states.

With youth unemployment soaring across Europe, the apprenticeship – or dual education – model is seen as an efficient way of bringing youngsters closer to the job market by building their skills.

"They learn the values of adults. You can teach that at school but you cannot teach it firsthand. Some things can only be implicitly understood from experience.”

Andersen said that in Denmark selected schoolchildren spend two six-month stints to work as apprentices in companies with four or five weeks at school in between.

Stefan Wolter, managing director of the Swiss Coordination Centre for Research in Education, said major obstacles to apprenticeship schemes included the need for firms to have incentives that make apprenticeship training superior to hiring skilled workers.

Such incentives need to be built holistically into the general framework for education regulation, Wolter said, explaining that it would not be easy for companies to attempt to introduce schemes alone without the support of larger employers networks and the state machinery.

Representatives of Spanish employers groups present at the meeting said they are currently negotiating with the Danish to see how a successful system can be developed in Spain.

Andrew McCoshan, of the Centre for Education and Industry at the University of Warwick, told delegates that “the UK structure for vocational training is very weak” because too much is left to employers to manage, and due to a culture which values academic qualification more highly.

Current reforms in the UK are seeking to create more uniformity within the apprentice system, McCoshan said.

The Helpdesk is aimed at policymakers within the member states, and is funded by the European Social Fund.

Meanwhile in June, the Commission will launch the European Alliance for Apprenticeships. It will bring together business, social partners, government and youth representatives, in an effort to promote the benefits successful apprenticeship schemes and find ways to build them up.

Gerhard Braun, vice-president of the  Confederation of German Employers Organisations (BDA) and the managing partner of Karl Otto Braun group, told delegates at the meeting in Brussels (26 April): “We have exported [apprenticeships] to India and we are going to export to China. They are paid and receive on-the-job optimal training, practical and suited to what is needed. The transition into a regular job is very easy, there is no gap between theory and practice.

“The employer has many advantages, where there is competition you can get the best people from the schools. We can design training to the company. Employees, schools, the state and social partners must all be involved. Companies must invest in workshops, and so on, but in the end the investment pays,” Braun said.

The European Commission in December 2012 presented a proposal aimed at tackling youth unemployment across Europe.

The new package includes the so-called "Youth guarantee". It is a tool that hopes to ensure that all youth under 25 receive a quality job, internship or education offer within four months of finishing school or becoming unemployed.

Youth unemployment is on average twice higher than the rest of the working age population in Europe. In Italy, it has risen to some 35% and in Spain and Greece, it even reaches over 50%.

The Youth Employment Package builds on the endorsement by the European Council on 29 June 2012 of both the Youth Guarantees concept and the usefulness of a quality framework for internships.