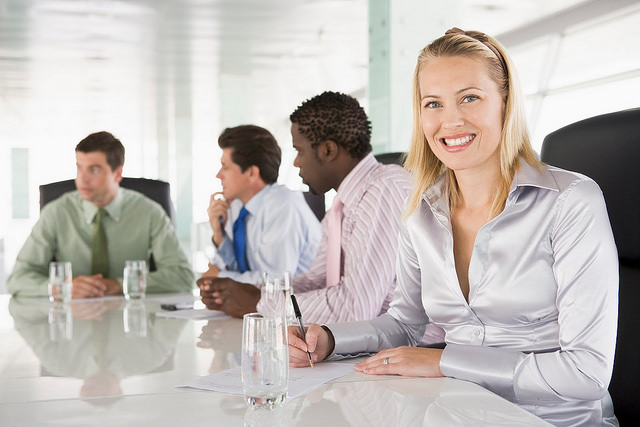 A new Swedish government could introduce quotas to bring more women onto company boards if businesses don’t act themselves during the next two years, a spokesman for the Green Party said on Wednesday (1 October).

The Green Party looks set to be the junior coalition partner in the incoming government headed by the Social Democrats, who became the biggest party in a general election on 14 September.

Women are expected to fill a number of key cabinet posts in the new government, which will be announced on Friday, including that of finance minister and foreign minister.

“We are sending a clear signal to the big companies that if by 2016 they don’t have at least 40% of women on their boards, then we going to try and get a law passed in parliament,” Green Party spokesman Gustav Fridolin said.

Scandinavia has among the highest percentage of female parliamentarians in the world and a feminist party fell only just short of the 4% of votes necessary to win parliamentary seats in this month’s ballot.

However, women have a far harder time reaching top posts in the private sector.

Women make up 29% of the non-executive boards of Swedish blue-chip companies, ahead of the European average of 20%, according to data from the European Union. But Sweden lags behind countries like Iceland and Norway.

In 2003, Norway became the first country in the world to impose a gender quota requiring at least 40% of public limited company board members to be women.

Other countries, including France, the Netherlands and Spain, have followed with similar requirements.

A European Union draft directive calling for a share of 40% of female non-executive members on the boards of listed companies is currently being discussed by the Council of Ministers, after receiving strong backing from the European Parliament.

The Swedish Social Democrats and Greens fought the general election separately and disagreed on a number of policies but have announced deals on defence and school policies in recent days.

Fridolin said the Social Democrats and Greens had also agreed on a new division of parental leave that would mean men taking an additional month out of the roughly 480 days given to parents who have children.

The two parties on Tuesday (30 September) also reached an agreement to raise unemployment and sick leave benefits, and to remove the limit on how long sick pay can be claimed, broadcaster TV4 reported.

The Social Democrats and Greens are hoping for support for their budgets from the Left Party, but will need backing from parties from the outgoing centre-right government coalition to push through other policies.

The Swedish parliament will vote on a new prime minister on Thursday (2 October).