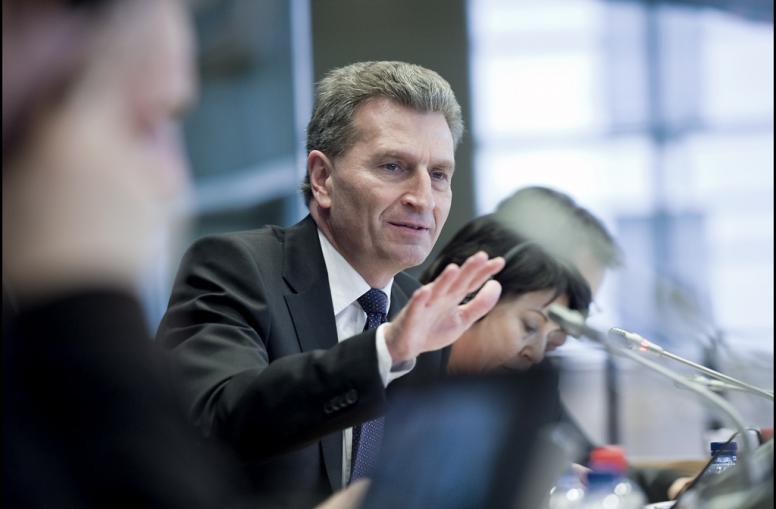 Digital Commissioner Günther Oettinger is a prime target for lobbyists, but his door is almost exclusively open to telecoms, according to Transparency International. EURACTIV Germany reports.

Oettinger devotes a significant amount of his time to lobbyists. Over the past few months, politicians from Germany’s conservative Christian Democratic Union (CDU) and six of his employees met with lobbyists a total of 398 times. Only Climate Commissioner Miguel Arias Cañete (487 meetings) and Commissioner for Employment and Growth Jyrki Katainen (398 meetings), had more official contacts.

But the latest database, EU Integrity Watch, from the anti-corruption organisation Transparency International, shows that lobbyists came almost exclusively from the industrial sector. Only 11% of meetings took place with NGOs, think tanks and municipal authorities.

Joe McNamee, head of European Digital Rights (EDRi) is a particularly busy lobbyist from civil society. Since Oettinger took over the digital portfolio in Brussels in December, McNamee said he has not met with the Commissioner once.

“Oettinger mainly took advice from network operators,” the activist told Spiegel Online. “He goes to have dinner with them”.

Oettinger: “I speak with everyone”

Oettinger rejected the criticism, saying he speaks with everyone, in response to a question from Spiegel.

The Transparency database simply does not exactly reflect this because not all of these meetings have to be recorded, the Commissioner explained. “For example, if I interact with citizens at a public event, speak at a conference, or meet with MPs who advocate for the rights of internet users,” this isn’t necessarily entered into the record, Oettinger implied.

The fact that Oettinger primarily deals with the arguments of network operators could have considerable effects on the planned legislative initiative on digital issues, critics warn. 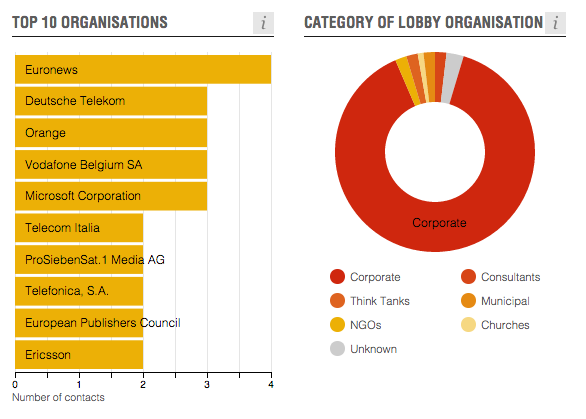 The Digital Commissioner is currently working in trialogue talks with the European Parliament and Council of Ministers on plans for net neutrality as a part of the legislative package for the Digital Single Market. He criticised proponents of an equal internet for all of being “Taliban-like”.

As he explained at a discussion event in March, faster data connections should be offered for special applications, such as in the medical sector, rather than for streaming YouTube videos.

The basic principle of an open internet is no longer defined in the latest compromise proposal from the European Parliament, though it had pushed for net neutrality in the first reading.

The context for this change of position, according to media reports, is another deal in which EU roaming fees are intended to be abolished from the start of 2017.

Oettinger announced at an early stage that “The European Commission, the governments of the 28 member states and the European Parliament are likely to come to an agreement very soon.”

Transparency initiative from the European Commission

The wealth of information in the Transparency Database is mostly available through the Juncker Commission’s new transparency initiative.

Under the European Commission’s working practices, “Commission members should attempt to maintain a balance among the lobbyists they meet with.”

Not every Commissioner with an economically-oriented portfolio meets with economic lobbyists as often as Oettinger. Transparency International only counted eight meetings between Competition Commissioner Margrethe Vestager and corporate lobbyists, for example, but also just one meeting with an NGO.