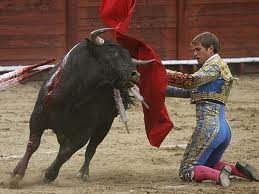 Ministers meeting for an Extraordinary Competitiveness Council are set to adopt two regulations which will approve the creation of a unitary patent system, without Italy and Spain.

The proposals recognise English, French and German as the patent's official filing languages but Rome and Madrid fear this would give an unfair advantage to companies from the 'big three' jurisdictions.

In May, Italy and Spain complained to the European Court of Justice against the use of the so-called 'enhanced cooperation' procedure for the patent, which allows a group of countries to go ahead without the approval of all 27 EU member states. They claimed the move went against the spirit of the single market.

The Council, which represents the EU's member states, and the European Commission believe that the current action before the court need not delay the introduction of the unitary patent.

A Commission official told EURACTIV: "The Italian and Spanish court application does not have any effect [on the enhanced co-operation procedure]. We think that the legal conditions required for the procedure were met and we would not have made a proposal if we had any doubts about that."

If, as expected, the ministers approve the rules on Monday, then the regulations will be sent to the European Parliament for final approval.

He said: "There are no conditions in place enabling the enhanced co-operation to be blocked whilst the legal action is pending […] There are no time delays envisaged on the process of accepting the proposals in the Parliament."

Baldassarre is one of a number of high-profile figures from Spain and Italy who have cast doubt on the wisdom of their home governments' legal action against the enhanced co-operation.

Giampaolo Galli, the director-general of Italian employers' group Confindustria, has also spoken out against the court case.

On the Spanish side, Andreu Mas-Colell, minister of the economy of Catalonia, told EURACTIV: "We [Catalonia] have no problem with the enhanced co-operation […] from Spain most patents were submitted [in 2001] in English, which means that Spanish business and research feels comfortable with using the English language."

The Spanish and Italians remain defiant, however, and this week told EURACTIV that further legal action would follow if the regulations were approved by the Parliament.

Both countries will send delegates to the Extraordinary Competitiveness Council meeting in Luxembourg, where they will not participate in the vote.

In relation to high-profile opposition from compatriots, one EU diplomat told EURACTIV: "The Court of Justice will make its decision on the basis of legal arguments, not on the basis of politicians."

He added: "On Monday, Italy will say that the enhanced co-operation is discriminatory and not an economic initiative at all." He added: "Once the two regulations have been adopted by the Parliament, we will attack them in the court."

A spokeswoman for the Spanish government told EURACTIV: "The Spanish legal service is still considering whether it believes that it is legal for the member states to pursue the enhanced co-operation while the case is before the court in Luxembourg."

She added: "When the two regulations are approved [by Parliament] Spain intends to appeal to the Court."

To read the interview with Raffaele Baldassarre in full, please click here.

"The English language is the most used of all the languages [for filing patents] and is effectively the international language of trade. You simply cannot argue against that bold statistic. MEPs will back the proposals as they stand on this basis," according to Raffaele Baldassarre, an Italian European People's Party MEP, who is rapporteur on the committee for legal affairs on the linguistic translations in the enhanced co-operation.

He added: "The MEPs believe that in the end the Italians could enter the enhanced co-operation. One possible compromise would be for the three-language solution to be maintained but for English to be given some form of enhanced usage status."

"There are no conditions in place enabling the enhanced co-operation to be blocked whilst the legal action is pending. I have already explained to the Italian government that Italy is substantially isolated on this issue, especially considering the strong will of the European Parliament to find a solution. There are no time delays envisaged on the process of accepting the proposals in the Parliament," concluded Baldassarre.

"On Monday Spanish representatives will attend the Extraordinary Council on Competitiveness but will not participate in the vote," said a spokeswoman for the Spanish government.

She said that the Spanish legal service was still considering whether it believed that it was legal for the member states to pursue the enhanced co-operation notwithstanding the case before the court in Luxembourg, but added: "When the two regulations are approved Spain intends to appeal to the Court."

"The Italian and Spanish court application does not have any effect [on the enhanced co-operation procedure]. We think that the legal conditions required for the procedure were met and we would not have made a proposal if we had any doubts about that," according to a European Commission official.

"The Extraordinary Competitiveness Council [in Luxembourg on 27 June] is due to adopt a general political approach in the two regulations to implement the patent and following on from that the Polish Presidency will work with the European Parliament and we are hopeful that the European Parliament will debate and agree to the system before the end of the year," the official said.

"Fortunately the Catalan government does not need to have a strong position on this matter, so we are not taking an [official] position," said Andreu Mas-Colell, an eminent economist and Minister of the Economy of Catalonia.

He added: "In general we share the two sensibilities and we try to make them compatible, on the one hand we are in favour of internationalisation and we in Catalonia are extensive users of the English language and we feel comfortable with that; on the other hand we have respect and concern for small languages I do not know where Spain fits in. It's complicated enough for us to worry about Catalonian language – but we have no difficulty in representing ourselves to the world in English – but we have a lot of respect too for Spanish."

"We have no problem with the enhanced co-operation. Once I saw the languages in which patents are submitted to the patent office and it was interesting to observe that from Germany there was an important fraction in German, from France a substantial number were in French, however from Spain most patents were submitted in English, which means that Spanish business and research feels comfortable with using the English language," the minister concluded.

"I think that the Italian position is clear: it will participate in the Extraordinary Council because we are allowed to under the enhanced co-operation. But once the two regulations have been adopted by the Parliament we will attack them in the court," according to an EU diplomat.

"On Monday Italy will say that the enhanced co-operation is discriminatory and not an economic initiative at all. To push ahead with the two regulations when the main issue remains unresolved shows that this is just an attempt to fix the hierarchy of languages but it is not credible," the diplomat added.

"The Court of Justice will make its decision on the basis of legal arguments, not on the basis of politicians. We are very optimistic about the legal case. The court will need between a year and 18 months to resolve the issue and we are very confident of success," the diplomat concluded.

Patent titles in Europe are currently granted by the European Patent Office (EPO), which was set up in 1977 and now covers 38 countries including all of the EU member states.

However, the so-called 'European patent' offered by the EPO is in reality nothing more than a bundle of national patents, with each country having its own set of different rules.

Supporters of a single EU patent say it is time the bloc replaces the current system, which forces firms to patent their designs in every one of the bloc's 27 member states and in 23 official languages, at huge expense.

On March 11 2011, ministers from 25 member states decided to go ahead with plans to introduce a common system for registering patents. Most of the ministers accepted the principle that all patent applications should be submitted using one of the three working languages of the European Patent Office (EPO), which since 1977 have been English, French and German.

They agreed to use 'enhanced co-operation', which allows a group of countries to adopt new common rules among themselves, in areas where an EU-wide agreement cannot be reached. On 15 February, the European Parliament gave its approval for member states to make use of the enhanced cooperation procedure for setting up a common patent system.

However, the Italians and Spanish are afraid that such an approach with the patent would give an unfair advantage to companies based in France, Germany and the United Kingdom.

On 30 May this year, Italy and Spain lodged a complaint with the European Court of Justice against attempts by other member states to introduce an EU patent without them. The complaint argued that the use of enhanced co-operation within the patent sector is contrary to the spirit of the single market, because it tends to create division and commercial distortion.

It is the second time that the courts have become involved in the patent debacle. Before the enhanced co-operation procedure had been agreed by member states in March, the Luxembourg court ruled that the creation of a Community Patent Court would not be compatible with the provisions of EU law.

Before the agreement on enhanced co-operation had even been reached, on 8 March, the European Court of Justice ruled that the creation of a Community Patent Court would not be compatible with the provisions of EU law, thereby casting a shadow of doubt over plans to establish a Europe-wide patent system.