A participant shows the Constitution of Poland during a demonstration in support of Polish Judges and organized by the 'Iustitia' Polish Judges Association under the slogan 'Solidarity with judges' in front of the Ministry of Justice in Warsaw, Poland, 01 December 2019. [EPA-EFE/MATEUSZ MAREK]

The Free Courts initiative is the last barricade that keeps the ruling PiS party from acquiring the absolute power in Poland, activists Sylwia Gregorczyk-Abram and Michał Wawrykiewicz said in an interview with EURACTIV Poland’s editor-in-chief Karolina Zbytniewska.

Sylwia Gregorczyk-Abram and Michał Wawrykiewicz are attorneys at law from the “Free Courts” initiative, a co-organiser of a wave of protests that swept across more than 200 towns and cities of Poland on Wednesday (18 December).

Last week, three MPs from the ruling coalition filed an amendment to the two laws shaping the Polish judiciary, which were quickly dubbed ‘the muzzle bill”.

The bill would also delegalise the preliminary questions to the Court of Justice of the EU (CJEU). The bill is currently being processed in an urgent manner – on Thursday night, the Polish Parliament’s Justice Committee worked on it till 5:30 AM, rejecting all the amendments of the opposition.

On Friday (20 December), the project is to be accepted by Sejm – the lower chamber of the Parliament.

Why did you organise Wednesday’s protests?

Because free courts are the only shield that can defend citizens from abuses of power. Our battle is not in the name of judges, not even courts – at the end of the day, it’s the battle for the very foundations of liberal democracy that guarantee civil rights and safety.

But why do you want to defend citizens from politicians that have just had their democratic mandate from these very citizens reconfirmed in free elections?

This mandate gives the right to govern the country but not to destroy the constitutional system and civic right.

Yes, but these have been the fifth elections in a row that PiS has won, so its supporters must have realised full well what the party of their choice is up to. So, in a way they gave it the right to continue. Maybe they wish for their rights to be muzzled?

Maybe they do, but democracy is a system that has to serve all its citizens – also the minorities that actually want to exercise their freedoms, like we do. And actually, we are a majority, since – number-wise – in the last elections, the opposition received more votes than the governing coalition.

It’s worth adding that the Bureau of Research (BAS) of the Chancellery of the Sejm, a body with experts selected by the government politicians, have released an analysis that is devastating for the proposed amendments. They state outright that this new act is against the Polish constitution, against democracy, and against the European law.

Do you think that the proposed amendments are the beginning of the Polexit?

Mentally, we reached the Polexit stage already in 2015. Already then, the value that unites us all in Europe – which is the rule of law – was symbolically and also practically breached in the first move straight after PiS took power: with the takeover of the Constitutional Tribunal. This switching off of the first safety-valve of democracy was also the first step towards Polexit. Then there were the common courts, the Supreme Court, and the National Council of the Judiciary of Poland (KRS). Therefore, today we already experience a regular march away from the EU, while these most recent judicial modifications transfer this process into an “express exit train”.

But what’s going on here in Poland is not only a Polish problem, since every Polish court – just as every German, Dutch, or Spanish court – is also an EU court that serves all EU citizens.

All in all, the new bill is not any game-changer – the situation has been already really bad before it. It only formalizes the already ongoing judicial malpractice. 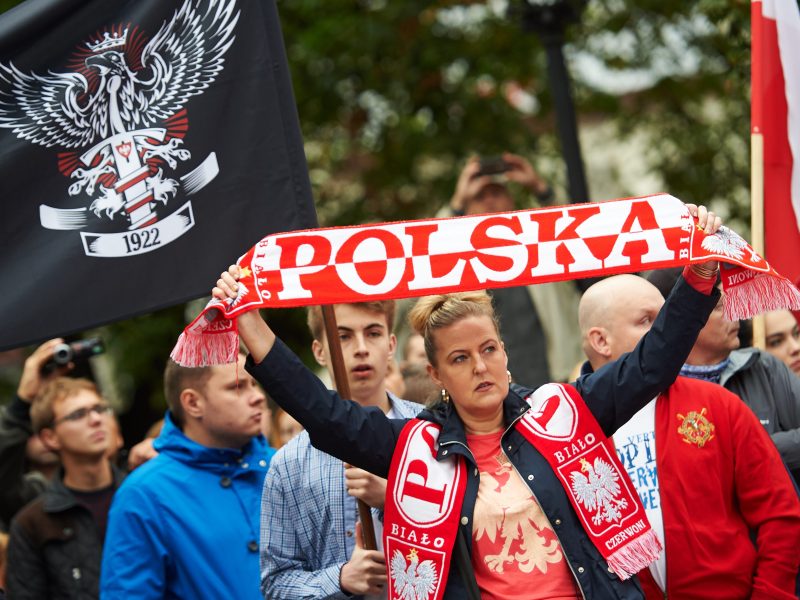 But if all that is already in place, why does the government care to formalise it?

Because with the devastating ruling of the CJEU and also criticism from the Polish Supreme Court, PiS noticed that the situation is getting out of its control, despite its painstaking takeover of further judicial institutions.

Why not ignore CJEU? It has been ignored so far anyway, no?

The courts have started issuing their own evaluation of the rule of law in Poland, examining if the new justices’ setups were lawfully appointed by the politicized “neo-KRS”. Such judgements have dominated the latest body of rulings in Poland. And that was scary for PiS, as they realized that despite the deforms, the judiciary still has the power to implement CJEU’s rulings. So, the new bill has a goal of threatening lawyers not to dare act against the government’s will. Their careers but also freedom will now be at risk.

Jarosław Kaczyński, PiS leader said “courts are the last barricade of the old system”. You say what PiS does is re-Sovietisation of Poland. Where does the truth lie?

Courts are indeed the last barricade, but one that keeps PiS from acquiring the absolute power in Poland and repressions against Polish citizens. Kaczyński’s claim that the Polish judiciary is the bulwark of communism is an outright lie, as the average age of a judge in Poland is now 42, while we left communism 30 years ago.

This “decommunisation” is a fake pretext because if PiS wanted to purge the system of the communist judges, they could have simply issued a bill that would delegalise all justices active in years before the transformation.

We criticise here the new bill but one of its sponsors – MP Sebastian Kaleta – points out that many of its solutions come directly from the French legal system.

This is nonsense as French law doesn’t penalise its judges for rulings that are in line with the very constitution of France itself or with the EU law, which actually all national acquis of the EU member states are coherent with.

Plus, what is evidently different between Poland and France or Germany, is that lawyers there have the freedom to belong to political parties and be politically active. There is a difference between private and public statements – everyone can make political statements until they put on a justice’s robe.

What about impartiality of judges? The same could be discussed in the context of journalists…

Yes, but when the freedom of speech and media is undermined, the media is obliged to fight to secure it. Same with the judicial freedom. In a dispute over the rule of law only one side has right – that which stands on the side of this rule of law.

This right of taking a stand to secure the rule of law has been acknowledged by the UN, European Court of Human Rights, as well as by the Helsinki Foundation for Human Rights. But now the new bill penalizes it in Poland.

For almost 30 years no one has questioned the rulings of our courts or the CJEU. Today, the freedom of the judiciary is becoming illegal, as PiS accepts only subordinate institutions.

In the context of the Copenhagen criteria – political and institutional ones – would Poland today be allowed to join the EU?

I don’t think so. Due to procedural reasons – as Poland does not guarantee effective judicial protection, which is one of the EU’s pillars. Also, Poland is so far from EU standards and values enshrined in Article 2 of the Lisbon Treaty that we would have a huge problem with proving that they are being respected.

One response to “‘Free Courts’ activists: Poland makes another big step towards Polexit”