"We act based on applicable maritime law, which is important to stress over and over again. Rescuing people at sea is mandatory," said the chief executive officer of SOS Méditerranée  Germany David Parke. [EPA-EFE/Guglielmo Mangiapane/SOS MEDITERRANEE]

In an interview with EURACTIV Germany, David Starke, the chief executive officer of SOS Méditerranée Germany, spoke about his sea rescue organisation and others resuming operations at sea after Italy’s closing of ports and investigations against sea rescuers prompted a six-month hiatus.

David Starke is the chief executive officer of SOS Méditerrannée Germany – an organisation founded in 2015 in response to the many migrant deaths in the Mediterranean.

Why do organisations keep operating when nothing has changed at the German or European level?

We are resuming our missions in the Mediterranean because people drown in that sea every day. Mothers, fathers and children who find themselves in distress at sea drown because there are simply far too few rescue ships in the central Mediterranean.

The Italian government continues to refuse ships from docking into its ports. How do you prepare for the possibility of a long wait with rescued migrants on board, until countries agree to receive these migrants?

SOS Méditerranée already has experience with such a situation.

Last year in June, we were the first sea rescue organisation to be confronted with a closed harbour. At that time, we were forced to dock into the port of Valencia after being at sea with 630 rescued on board for days. Being at sea for so long was intolerable.

We hope that this will not happen again and that we will quickly be given a safe haven. We are acting under international law, according to which people from drowning at sea have to be taken to a safe haven.

Do you undergo specialised training or prepare in a certain way in case you are confronted to such a situation?

Our new ship, the Ocean Viking, is more robust, more resistant but also faster than our old ship, the Aquarius. Our operation in the Mediterranean is an emergency operation. We can provide rescued people with food and water as well as medical care for a specified period.

However, no rescue ship is designed to remain in the Mediterranean for days or even weeks. And neither are we. As long as the political situation in Europe does not change, however, we need to continue to prepare for situations where rescued people are on board for a more extended period.

And we have prepared for such a situation as best we can.

European interior and foreign ministers met on Monday (22 July) in Paris to discuss a temporary solution to the sea rescue problem. It is already clear that nothing will be decided before September. How do you feel about that?

Realistically, however, this will not happen any time soon. Nevertheless, we demand that we are given reliable assurances so that we can take rescued people to safe ports.

These people need to be allowed to receive medical care in ports and have their need for protection reviewed by relevant authorities.

In Europe, we see the formation of a coalition of countries willing to help, and we very much trust these countries to make progress.

Civil society is also offering strong support when it comes to rescuing people at sea. A few weeks ago, the German broadcaster ARD conducted a survey, according to which 72% of those surveyed in Germany consider sea rescue to be necessary.

We hope this will pressure EU policy into finding solutions very quickly.

Italian authorities are constantly trying to take legal action against sea rescue workers. For instance, SOS Méditerranée and former Aquarius crew members are still under investigation. How do you deal with the fact that new rescue operations could create further legal consequences?

We act based on applicable maritime law, which is important to stress over and over again. Rescuing people at sea is mandatory.

In the Mediterranean, we are the ones complying with the law. That’s what we stand for, and we will continue what we do. 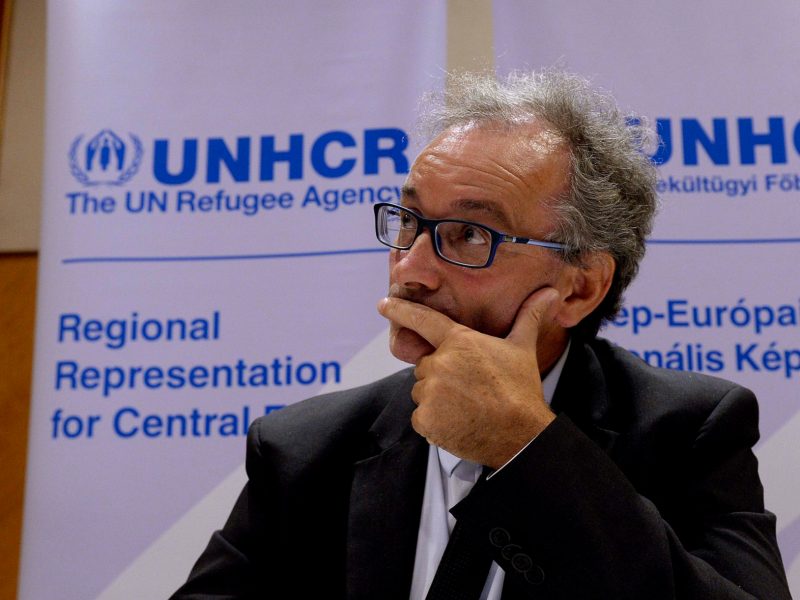 In spite of the drop in numbers of crossing, the death rate in the Central Mediterranean has increased over the past few months. EURACTIV talked to UNHCR Special Envoy Vincent Cochetel about the situation in the world deadliest border.

The Ocean Viking vessel is embarking on its first mission in the Mediterranean. How is the new ship equipped?

The Ocean Viking left the port in Szczecin, Poland last Thursday (18 July) and is expected to be deployed in the central Mediterranean at the end of the month.

The ship is almost 69 meters long and about 15.5 meters wide. The vessel was formerly used in the North Sea as a rescue ship in accidents on drilling platforms and is therefore ideally suited for the rescue of people in distress at sea.

Together with Doctors Without Borders, we set up shelters on the vessel’s empty areas, which offer men separate protection from women and children. These rooms also protect from the weather, both from the sun and from wind and cold. This way we will also be able to go on missions in winter.

The vessel also has a hospital which is operated by Doctors Without Borders.

How do you finance rescue operations?

Our rescue missions cost around €14,000 a day, which accounts for the ship’s operating costs, the crew and the supply for the people rescued.

We are therefore regularly dependent on new donations to secure our commitment for the coming months. We want to be outside and carry out rescue operations as long as it is necessary and as long as our ship is needed.

Unfortunately, we are still needed for a long time in the Mediterranean.

2 responses to “Sea rescue activist: We hope for ‘coalition of the willing’ to support our rescue operations”