Montserrat Feixas Vihé: "There are reasonably good opportunities for refugees who choose to stay in Croatia. The government has a solid integration program, but one main challenge for most of the refugees remains the language." [PRESS: UNHCR]

The Croatian government must ‘urgently’ address reports suggesting it is denying access to asylum procedures in the country, a high-ranking official from the UN Refugee Agency (UNHCR) told EURACTIV Croatia in an interview.

“UNHCR is currently concerned about the report of denied access to asylum in Croatia, and that has to be urgently addressed by the government,” said Montserrat Feixas Vihé, UNHCR’s Regional Representative.

Montserrat Feixas Vihé has been UNHCR’s Regional Representative based in Budapest since July 2013. She is responsible for the coordination and management of UNHCR’s operations in Bulgaria, Croatia, the Czech Republic, Hungary, Moldova, Poland, Romania, Slovakia and Slovenia.

When talking about mixed population movements, EU member states often focus on migrants, while overlooking refugees. What is the legal difference between the two?

Refugees are people fleeing conflict or persecution because of their race, religion, political ideas or belonging to a specific social group. Their situation is usually so dangerous and intolerable that they have to cross borders to seek safety in other countries. Then they become internationally recognised as ‘refugees’.

On the other hand, migrants choose to move mainly to improve their lives by finding a job, better education, etc. Unlike refugees, migrants get to continue receiving the protection of their own government. Under the international, EU and national law, everybody has the right to seek asylum while countries have the obligation to consider such requests. If they find that someone is a refugee, they have the obligation to grant him or her international protection.

What challenges are refugees facing across Europe these days?

Refugees are often used for political gain at the local, national or international levels across the world. When unscrupulous politicians promote xenophobia, refugees and other foreigners can be an easy target. In some instances, refugees are not even given a chance to seek asylum, because some countries are returning them to the neighbouring countries.

We have to bear in mind that many of them are fleeing from very traumatic situations and may be highly vulnerable and fragile. They do not speak the language, their diplomas may not be recognised while looking for jobs, and housing, and while navigating the complex socio-legal system of EU countries can be very difficult. We have to consider the needs of children in those situations, especially those who are travelling alone. 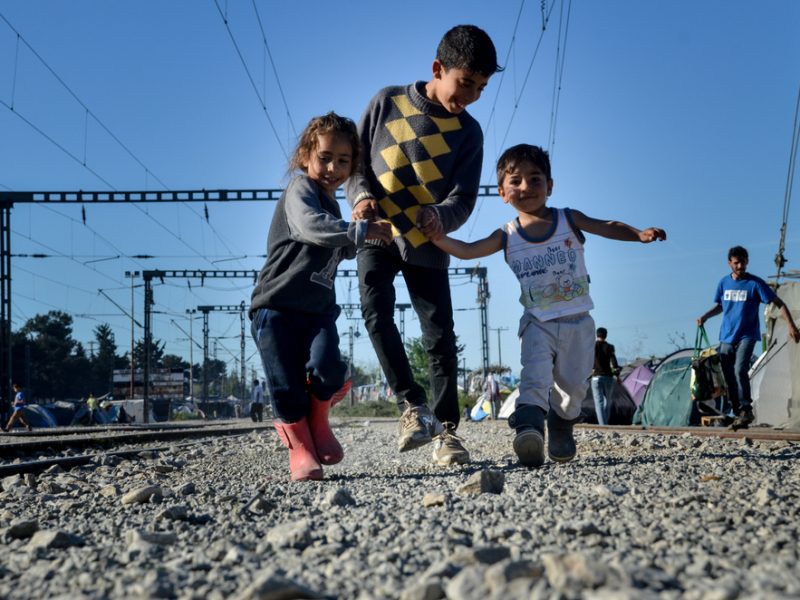 Greek minister responsible for migration Michalis Chrisochoidis sent a letter to his EU counterparts to share a burden of 4,000 unaccompanied minor refugees on Greek islands, but just one responded.

Reports of people claiming mistreatment by Croatian police and denial of access to asylum are all over media. What are UNHCR’s findings on this, and what has the organisation done so far to address them?

Croatia has a legitimate right to control its borders and manage irregular movements. However, countries also have an obligation under international law to assess the requests of asylum-seekers. Effective border management is not incompatible with responding to the rights of asylum seekers. Based on its monitoring activities, UNHCR has identified serious concerns about people, including potential asylum seekers, who were forcibly denied entry or removed from one country to another through the region.

Our organisation has received and subsequently shared with the authorities credible reports of people who claim they have been unlawfully returned from Croatia to BiH and Serbia. These reports highlight problems regarding the identification of asylum claims, violence and excessive use of force, identification of vulnerable individuals, treatment of unaccompanied children, etc.

UNHCR has requested the Croatian government to investigate all claims of violations and abuse and to establish an independent assessment mechanism to establish the facts of the border situation. We have been raising our concerns with the government, including during our recent meeting with the Minister of Foreign Affairs Gordan Grlić Radman last week, urging them to ensure access to the territory for asylum seekers in accordance with their international legal obligations.

What would UNHCR see as a realistic way forward in the situation Croatia currently is, with international organisations, NGOs and media claiming pushback and unlawful practices at the border and the government dismissing them as false and unsubstantiated?

It would be useful if there could be a joint, independent assessment of the border situation, in which different institutions could participate. This would allow to identify the issues and agree on ways to address them. UNHCR has also published a discussion paper ‘Fair and Fast’, whose goal is to find ways forward offering guidance on simplified and accelerated procedures. That paper makes recommendations on how to respond to the very complex situation that Europe is facing at its borders.

Croatia recently got a green light for Schengen from the European Commission. The Commission representative before the Committee on Civil Liberties, Justice and Home Affairs recently stated that UNHCR is part of the monitoring mechanism established for Croatia’s entry into the Schengen Area. What is UNHCR’s role in this?

UNHCR is currently not involved in any monitoring mechanism funded by the European Commission in Croatia. Our organisation conducts regular monitoring in all countries where we work. This takes many forms, from visiting border areas, police stations and reviewing files, interviewing asylum-seekers, police, etc. Additionally, UNHCR has signed an agreement with the Croatian Ministry of Interior and our NGO partner (the Croatian Law Centre) to monitor the work in border police stations with regard to the processing and referrals of the claims of newly arrived asylum seekers.

How would you assess the overall system of asylum in Croatia? What are the other challenges and what are its strengths?

The Croatian asylum system is good in many ways; it offers generous integration program, solid housing support, not to mention that Croats are welcoming people. Refugees can work, attend schools and receive health services in the same way as Croats. The government is providing accommodation for two years after gaining refugee status which includes paid utilities. However, UNHCR is currently concerned about the report of denied access to asylum in Croatia, and that has to be urgently addressed by the government.

What is it like for the 900 refugees granted asylum in Croatia since 2004? What are their prospects?

There are reasonably good opportunities for refugees who choose to stay in Croatia. The government has a solid integration programme but one main challenge for most of the refugees remains the language. Even though the government offers language courses, they are insufficient, and they are not available everywhere. Addressing this particular challenge should be a high priority because learning the language is the first step towards integration.

It should be noted that refugees in Croatia have good employment opportunities. There is a great need for workers in Croatia, and many refugees are able to find jobs. According to government figures, 112 refugees were employed this year. When given a chance, refugees wish to provide for themselves and their families and contribute to the community that welcomed them and Croatia offers them good opportunities.