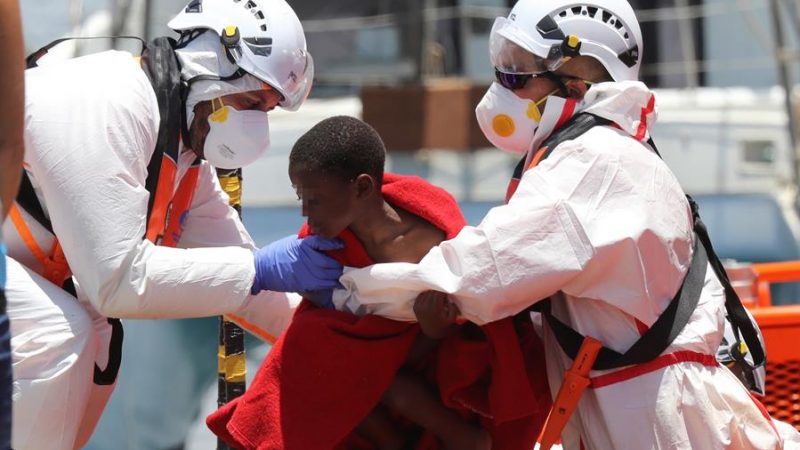 The 2021 death toll has more than tripled in two months, according to the UN. [EFE/ Elvira Urquijo A.]

At least 525 people have died trying to make the Atlantic crossing between the African continent and Spain’s Canary Islands so far this year, one of the deadliest migrant routes in the world, the International Organization for Migration has said, EURACTIV partner EFE reports.

The United Nations office said in June that 136 people had died trying to make the perilous journey, meaning the 2021 death toll has more than tripled in two months.

IOM sources told EFE on Tuesday (31 August) that the statistics were based on survivor reports and confirmed fatalities, given the difficulties in collecting verifiable data on a route blighted by so-called invisible shipwrecks, whereby vessels disappear without a trace or survivors.

NGOs like Spain’s Caminando Fronteras put the death toll much higher at 1,922 in estimates that include unrecovered shipwrecks. However, none of the figures includes the most recent operation on Tuesday in which 14 sub-Saharan migrants died, according to survivor testimonies.

The UN previously warned that 2021 has been particularly tragic on the Canary migrant route with figures that have already doubled compared to the same periods in the previous two years.

A spokeswoman for Caminando Fronteras, Helena Maleno, warned that July and August were “terrible” with missing boats each week. She pointed to a combination of factors increasing the peril of the journey.

Vessels launching from Dakhla in Western Sahara are likely to go missing over the 500-kilometre voyage to the Canary Islands. A second factor is the poor sea-worthiness of boats used to make the journey.