Following the adoption of the controversial Hungarian coronavirus law, 30 MEPs and 50 journalists, academics and civiI society organisations have called for “swift and decisive actions” to address “threats to the rule of law being carried out under the guise of emergency powers” in a letter addressed to the European Commission and Council presidents.

The letter, initiated by anti-corruption watchdog Transparency International EU, states that “exceptional times, of course, demand exceptional measures” but “these measures must be time-limited and proportionate.”

“However, the crisis must not serve as a smokescreen for anti-democratic activities and the stifling of active civil society, that can exacerbate corruption,” the letter adds, pointing to the possible threat to ‘peace, justice and strong institutions’.

“We cannot allow unscrupulous political actors to use the current climate as a pretext for dismantling democracy and undermining the rule of law.”

“The recent actions of Viktor Orbán’s government in Hungary are a flagrant attack on the cornerstones of the rule of law and the values of the Union,” it concludes.

On 30 March, the Hungarian parliament passed a law that keeps the decrees issued by the government under the state of emergency in force until further notice.

The letter also calls attention to the “draconian prison sentences for spreading ‘misinformation’ which could be used to stifle independent journalism.”

Under the law, spreading “false fact or true facts distorted in a way” that could “impede or thwart” the effectiveness of defence measures against the coronavirus is punishable with up to 5 years of imprisonment.

“These measures have a chilling effect on free speech and anticipate the potential to suffocate those remaining elements of the checks and balances system in Hungary which survived the past ten years of almost uninterrupted democratic backsliding resulting from Viktor Orbán’s rule,” states the letter.

“We also remind you that previous actions of the European Union failed to prevent the Hungarian government from going along a path that leads to the disruption of democratic institutions, marginalising of civil society, and the undermining of the rule of law,” it adds.

Hungary has experienced one of the largest drops in the World Justice Project rule of law monitoring organisation’s index over the past five years, averaging a yearly 2.1% decline.

The letter urges European leaders “to unequivocally condemn the Hungarian government’s misuse of the coronavirus crisis to erode democratic values,” calling for a stricter control of EU funds spending and enhanced “measures that prevent the creation of an illiberal system within our Union.”

Following the adoption of the law, Commission chief Ursula von der Leyen said that coronavirus emergency measures by EU countries must be “limited”, but did not mention Hungary by name.

Von der Leyen has since said that she is “particularly concerned with the situation in Hungary.” 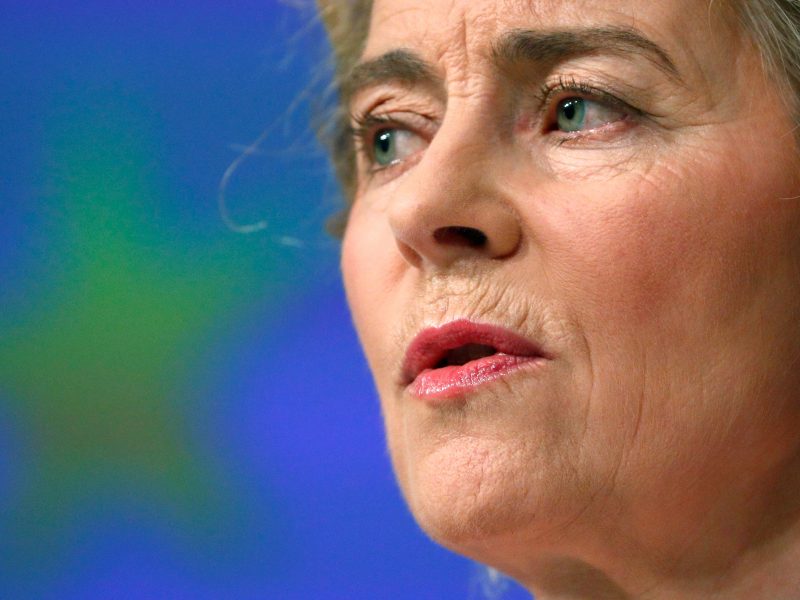 Speaking at an online event on Tuesday (14 April), the European executive’s justice chief Didier Reynders said he “will closely scrutinise how the Hungarian authorities” implement the legislation and “analyse the measures taken based on the law.”

Having entered the pandemic as liberal democratic member states, “we need to be sure to go out of the crisis with liberal democracy,” Reynders added.