Afghan boys work at a brick kiln in Herat, Afghanistan, 7 May 2018. Due to the lack of schooling and education facilities in Afghanistan and the need to earn an income for often large families, parents often send their children to the factory to work. [Jalil Rezayee/EPA/EFE]

Poverty has risen sharply in Afghanistan since the departure of NATO’s combat troops in 2014, with more than half of the population now living below the poverty line, according to a national survey.

Some 55%cent of Afghans did not have $1 a day in 2016-17 to cover food, clothing, shelter or education, according to the results of the Afghanistan Living Conditions Survey (ALCS) of 21,000 households conducted by the Afghan statistics bureau.

“The high poverty rates represent the combined effect of stagnating economic growth, increasing demographic pressures, and a deteriorating security situation in the context of an already impoverished economy and society where human capital and livelihoods have been eroded by decades of conflict and instability,” wrote the World Bank’s representative in Afghanistan, Shubham Chaudhuri, in a blog analysing the survey.

With the population itself growing by three percent each year, resources are being shared among more people. Consequently, per capita GDP has fallen by $100 since 2012, slumping to $562 in 2016, according to the World Bank.

More than one million Afghans living in neighbouring states have returned, while the conflict has forced hundreds of thousands of people from their homes and land, disrupting the economy. 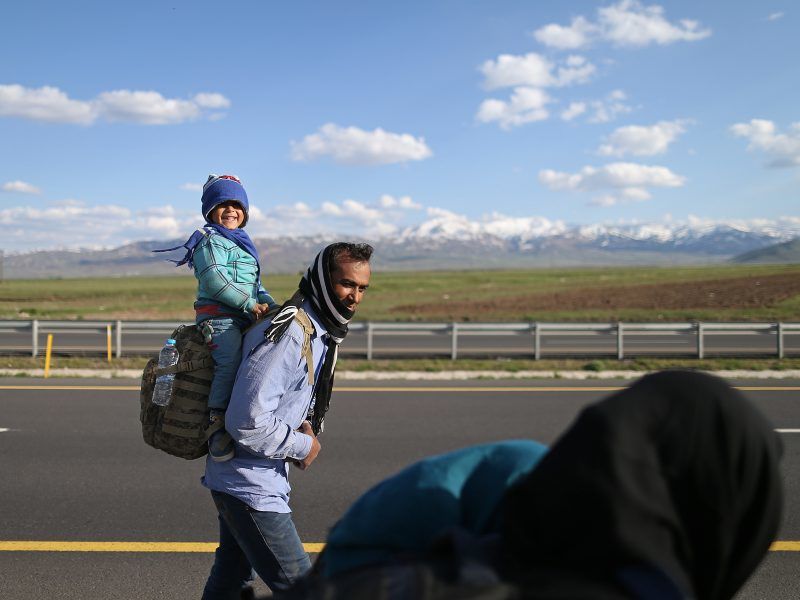 Nearly 30,000 Afghans have arrived in Turkey in the last three months, the Turkish government said Wednesday (25 April), after Amnesty International criticised the authorities “ruthless” decision to send more than 7,000 back to Afghanistan.

“These findings, while stark, are not a reason for despair, but a call to action,” Chaudhuri wrote.

In a statement, the European Union delegation in Afghanistan reported a “mixed picture”, with “progress in some areas”, such as education, health, water and sanitation, but also “some deterioration, in particular the economic wellbeing and the food security”.

At its peak, the international coalition counted more than 130,000 foreign soldiers in Afghanistan, three-quarters Americans, under the NATO banner.

Their withdrawal coincided with a resurgence of insecurity and an increase in civilian casualties.

While the American presence has risen again to 15,000 soldiers, international aid has been greatly reduced.