Aid to refugees: How do European countries compare? 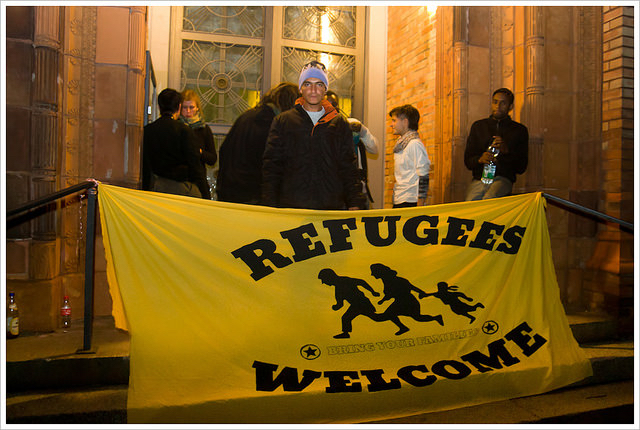 The amount of financial help refugees get has sparked divisions in the EU, as migrants naturally flock to countries with the most favourable regimes in the absence of a common policy. Below is a rundown of aid available to asylum seekers in major EU nations.

BRITAIN: In 2014, the country took in 31,745 asylum seekers, one-sixth less than Germany. Refugees in Britain are often offered housing, but rarely in London or the wealthy southeast of England. They can also receive a weekly allowance of £36.95 per person (€50). Women who are pregnant or who have children aged up to three years old may receive a bit more, from £3-£5 a week depending on the child’s age.

A supplementary one-off benefit of £300 is available for women who are about to give birth or who have recently done so. Asylum seekers may also have access to the National Health Service and their children receive free education from the age of five to 17.

Asylum seekers receive €143 per month per adult for personal needs. Syrians benefit from extra protection. Chancellor Angela Merkel has said that those refused asylum would not be repatriated to their EU point of entry.

SWEDEN: Sweden has the highest proportion of asylum seekers per thousand inhabitants: at 8.4, compared with 1.2 for the EU as a whole.

Asylum seekers can request a daily allowance while waiting for their request to be processed. This is worth between €60 to €225 a month per adult depending on their personal situation, such as whether they are single or part of a larger family. Minors receive between €36 and €159 a month.

Asylum seekers are housed either in a reception centre or find lodging themselves, in which case they receive a monthly allowance of €37 for someone who is single, and up to €89 for a family.

FRANCE: France registered 37,919 asylum requests in the first seven months of 2015. The number has dropped recently however. In 2014, France reported a decline of 5% while the rest of the EU showed an increase of 44%.

Two types of aid are provided. Adults who are not housed in reception centres receive a monthly allowance of €340.50 while their application is being considered.

For asylum seekers living in reception centres, the monthly allowance varies between €91 and €718 according to the family situation and the facilities provided.

Asylum seekers receive health care, and children aged between six and 16 must attend school.
ITALY: Asylum requests soared by 143% in 2014 to 64,625. Asylum seekers receive food, medical aid, Italian lessons and legal aid. After six months they are granted a residence permit and are allowed to work until a final decision is taken regarding their status.

AUSTRIA: Requests for asylum jumped by 60% in 2014 to 28,035. Asylum seekers receive medical care, and one of two kinds of assistance.

Either they are housed and fed at a reception centre and receive €40 per month, or they are offered independent accommodation along with more money to buy food and basic necessities.

They can only do seasonal work, like fruit picking. Asylum requests for Syrians are handled more quickly than those of other nationalities.

They also benefit from free primary medical care and emergency hospital care, as well as free treatment in case of acute or chronic diseases.

>>Infographic: The facts about asylum seekers in Europe

0 responses to “Aid to refugees: How do European countries compare?”