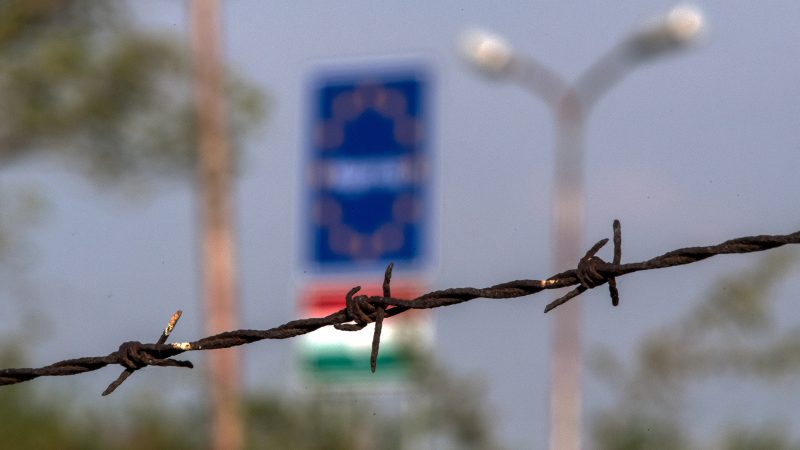 A barbed wire is seen near the Austrian Hungarian border station between Nickelsdorf (AUT) and Hegyeshalom (HUN), some 70 kilometers southeast of Vienna, Austria, 19 September 2016. [Christian Bruna/EPA/EFE]

Austria will extend its border controls for fellow EU members Hungary and Slovenia until at least November, Austrian news agency APA reported on Sunday (7 April), citing a letter from the country’s interior minister to the European Commission.

In the letter to the EU Commission, Austrian Interior Minister Herbert Kickl cited a persistently high number of illegal migrants and a “latent threat of terrorism” related to the prospect of fighters returning from former Islamic State strongholds in Syria and Iraq, APA reported.

Kickl, of the far-right Freedom Party, said he expected an increase in the number of migrants apprehended along the so-called Balkan route into the European Union, APA reported.

Austria’s interior ministry did not immediately respond to a request for comment. The controls had been due to expire on 11 May.

Austria, Germany and other countries in Europe’s normally control-free Schengen zone introduced what were meant to be emergency border checks in 2015 after more than 1 million refugees and migrants entered Europe.

While the EU Commission has called for solutions to remedy weaknesses at the zone’s external borders and restore freedom of travel, six countries within the zone, including France and Sweden as well as Austria and Germany, have continued extending controls citing security and immigration threats.