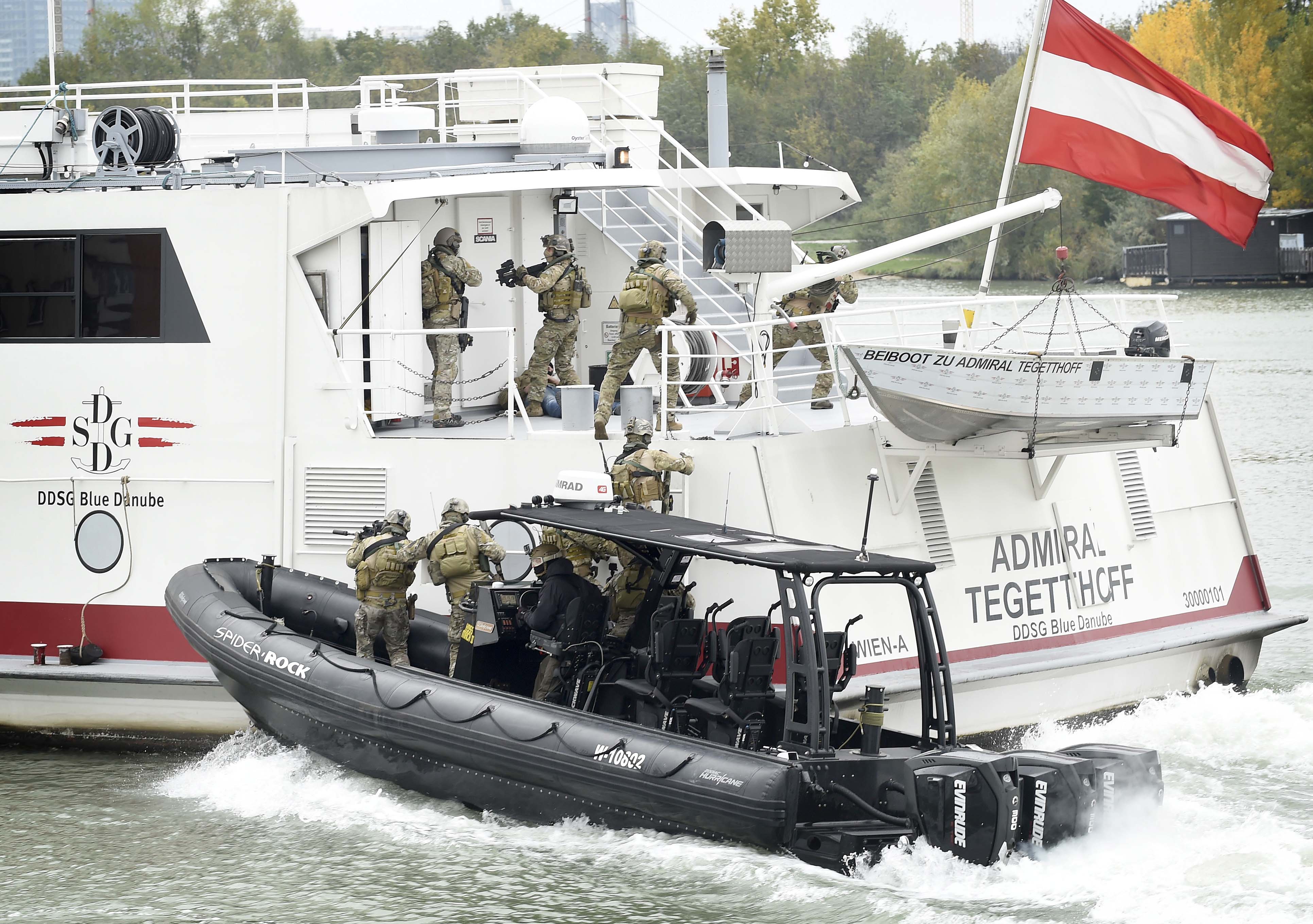 Austrian troops intercept a boat on the Danube. [Bundesheer Fotos/Flickr]

Hermann Schützenhöfer, the Provincial Governor of Styria, is demanding that the armed forces be used to contain the refugee crisis. EURACTIV Germany reports.

The influx of asylum seekers across their borders is cause for increasing concern for Austrians. On Wednesday afternoon (21 October), the situation escalated in the Austrian border town of Spielfeld, in the southeast region of Styria. More than a thousand refugees broke through the barricades and made their way on foot in the direction of Graz, convinced that the German border was nearby.

After many hours, the police were able to round up those who had illegally crossed and take them to nearby refugee camps. The same occurred on Thursday (22 October).

Again and again, groups make their way from Maribor, Slovenia’s second-city, to Spielfeld via the motorway and railway line. Currently, the town is playing host to over 2,000 refugees. It is nearing the limits of its capacity to deal with them, so in the coming days, accommodation for 1,000 more arrivals will be made available.

The Slovenia-Austria route, unlike the Hungary-Croatia route, remains open and thousands of people wait on the Slovenian side, near the town of Sentilj, for a chance to enter Austria.

EU action is now more urgent than ever, and the Provincial Governor of Styria, Hermann Schützenhöfer, has made this very clear and is currently in talks with the Minister-President of Bavaria, Horst Seehofer, and the Slovenian parliament. He told the Austrian broadcaster, ORF, that without swift action from the EU, the situation is going to “explode”.

He added that “One of the state’s main tasks is to protect the borders for its citizens, this is no longer happening. We call upon the Chancellor (Werner Faymann), the vice-chancellor, the interior minister and the foreign minister to provide more police and to mobilise the army to help secure the borders. Not close, but secure.”

Schützenhöfer also pointed out that the burden of the influx of refugees cannot be shouldered by just a handful of EU countries. “It’s not acceptable that all the suffering in the world be dumped on Germany and us.”